Quidi Vidi Brewing Company is in Quidi Vidi, a neighbourhood of St. John's.  We checked it out this afternoon. 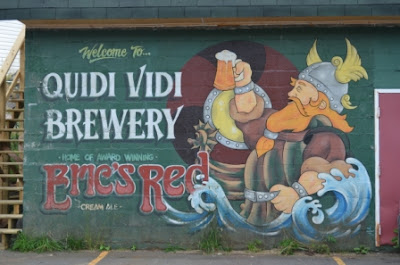 How quaint is this?! 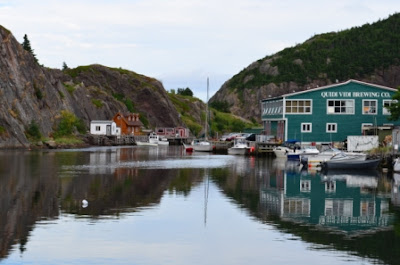 The building the brewery is in used to be a fish processing plant.  Fisherman still bring their cod in the docks nearby and clean it.  These guys were at the end of the dock, next to the brewery. 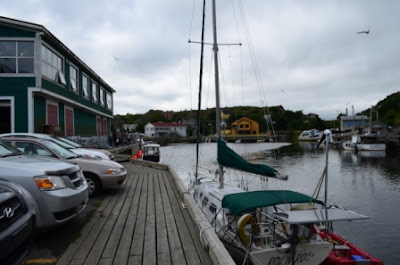 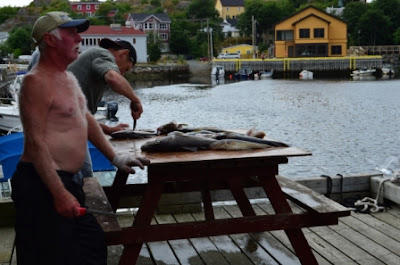 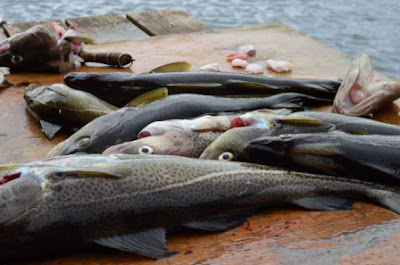 This fisherman was trying to get people to kiss the cod.  When no one did, he showed us how it was done. 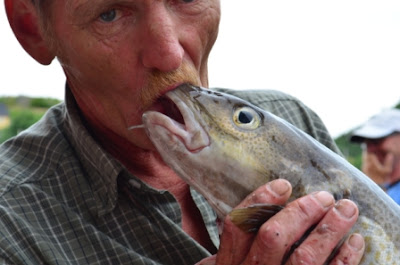 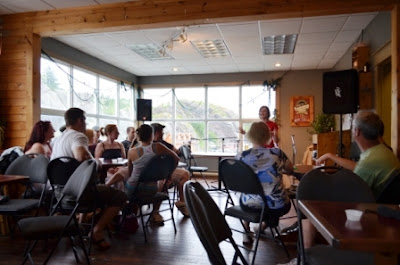 We sampled various kinds.  My favourite was the Iceberg ... yes, it's made from the water from icebergs! 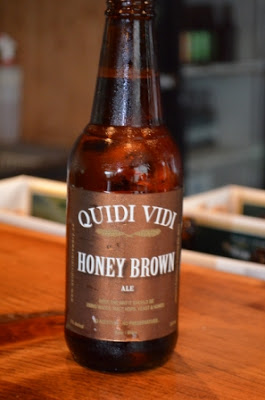 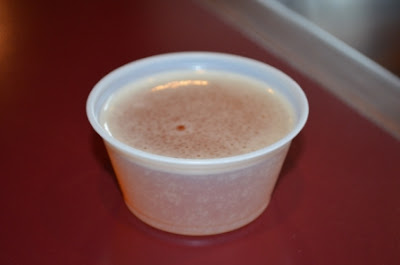 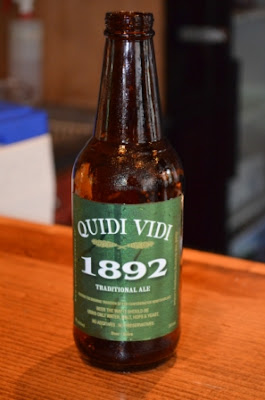 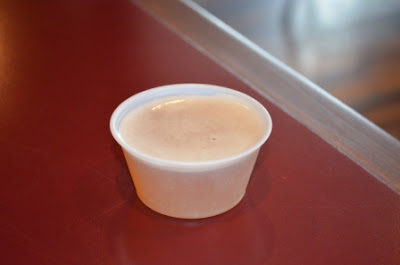 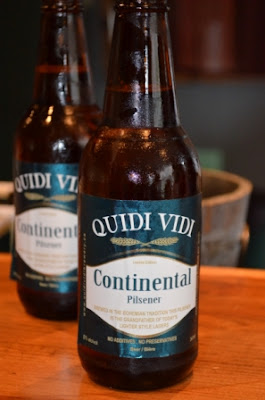 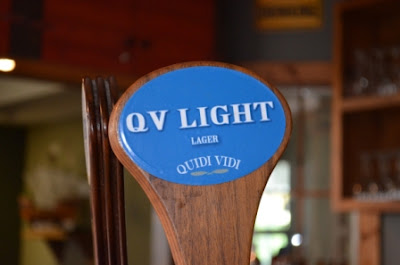 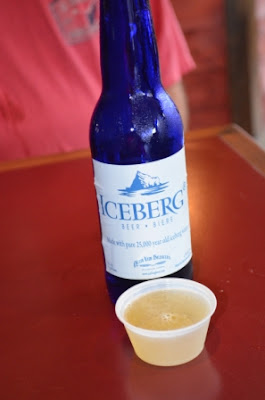 The tour took us quickly through the plant. 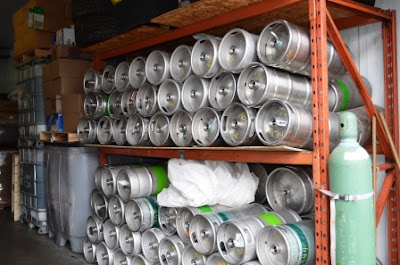 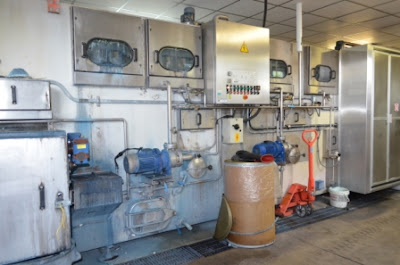 We were each given a bottle of beer to take with us.  I took a light beer (they don't give the Iceberg beer away because of the cool bottles ... no one returns them). 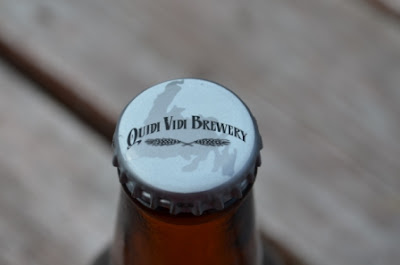 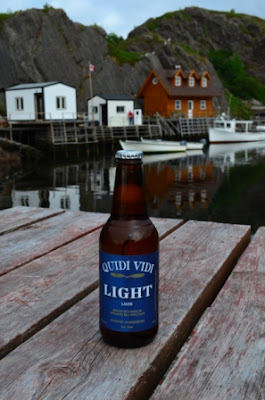 Gord took an 1892.  There are picnic tables on the dock so we sat there and drank our beer. 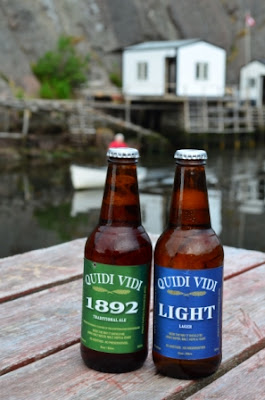 This was our view ... awesome! 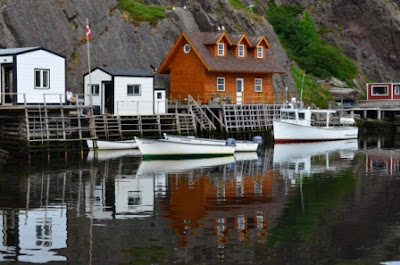 This dog was with a couple from Texas who had also done the tour ... he looks pretty serene. 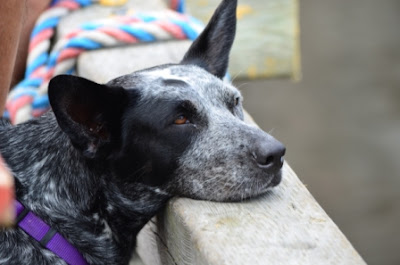 Gord bought another couple beer and enjoyed them at the picnic table. 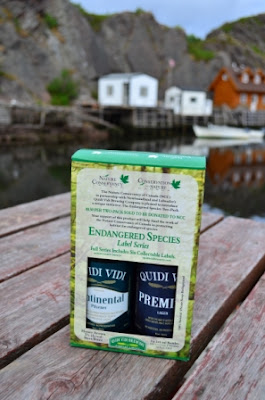 So different from Toronto!  We stayed there for a couple hours enjoying the view and atmosphere.

Alas, we can't buy this beer at home.
By Teena in Toronto at 6:24 pm
Email ThisBlogThis!Share to TwitterShare to FacebookShare to Pinterest
Label(s): St. John's, St. John's 2012