I’ve been thinking about a donair lately. After cat shelter building, I saw East Coast Donair (Parliament/Dundas E) was nearby so stopped in for lunch. 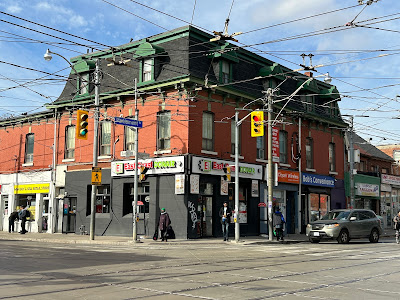 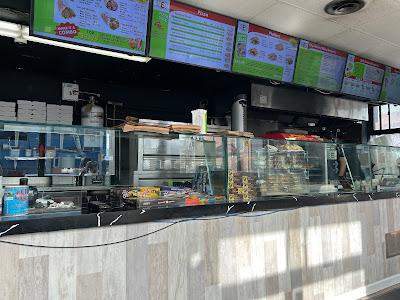 The fella who made my donair was friendly but the donair wasn’t right on.
The wrap was too thick and firm. There was a generous amount of meat but it was cut in thick strips so hard to eat in the wrap so I ate it with a fork. I ended up not eating much of the wrap. The donair had possibilities if they got a thinner wrap and cut the meat up into smaller pieces. Plus the tomatoes were sliced rather than chunked up in small pieces.
For a place that’s called East Coast Donair, it's a lot to live up to! I wonder if that is actually their focus since they have a fairly large menu and also serve fries, poutine, pizza, burgers, etc. 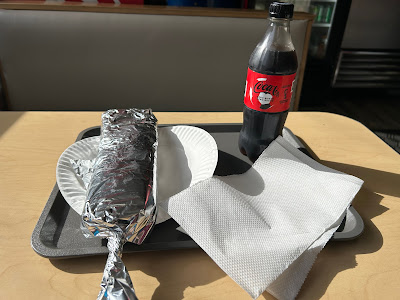 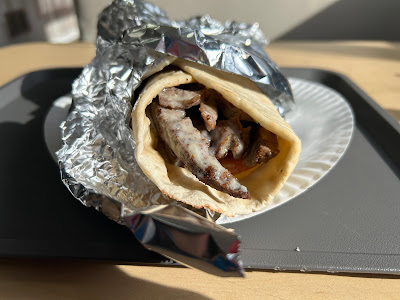 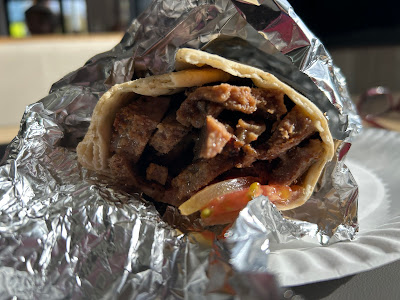 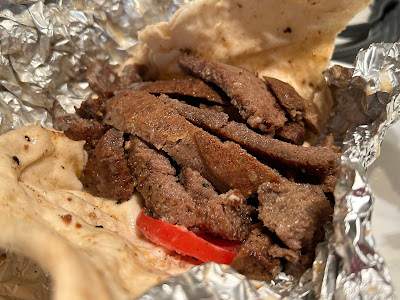 By Teena in Toronto at 2:00 pm
Email ThisBlogThis!Share to TwitterShare to FacebookShare to Pinterest
Label(s): East Coast Donair Toronto ON