Gord had read about the Brant Street Pier this week and we headed to Burlington to check it out this afternoon (about 45 minute drive).  It is part of Spencer Smith Park.  It was a lovely day for a walk ... sunny and warm

Situated within the Waterfront at Downtown Burlington, Spencer Smith Park features a wide promenade that offers a magnificent view of the lake, beach and Skyway Bridge while sitting on the breakway, walking, cycling or rollerblading. Spencer Smith Park is home to many of the City of Burlington’s signature festival and events.

Park History:
The land for this park was originally part of a parcel granted to the Mohawk leader Joseph Brant, in recognition of his service to The British Crown during the American Revolution.
During the 19th century and into the 20th, Lakeshore Road was immediately adjacent to Lake Ontario. There was no protection from storms, and waves frequently washed over the road, threatening nearby property. In 1939 the federal government stepped in and built a seawall. That same year, the Burlington Horticultural Society became involved in cleaning up the shoreline just west of the foot of Brant Street. That land, known as Lakeside Park, was renamed Spencer Smith Park in honor of Spencer Smith - a former president of the society. In 1965 construction was begun on Confederation Terrace and Spencer Smith Park as a Centennial Project for the City of Burlington.
The Terry Fox Monument is right next to the parking lot so was the first thing we saw.  I'm a volunteer with my neighbourhood Terry Fox Run so it was a nice surprise to come across it. 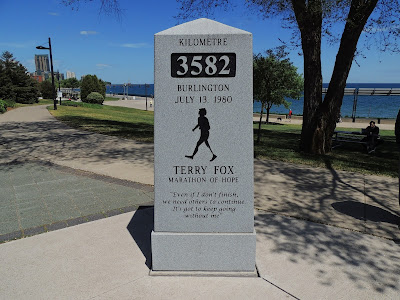 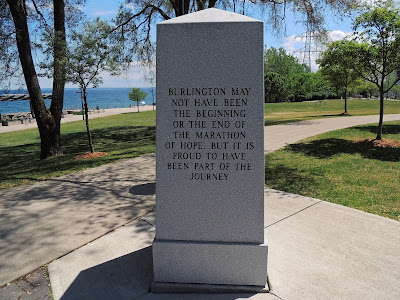 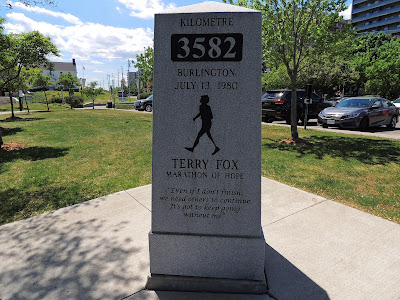 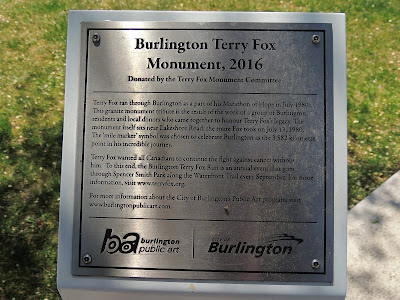 There is a large boardwalk and we walked along it toward the Brant Street Pier. 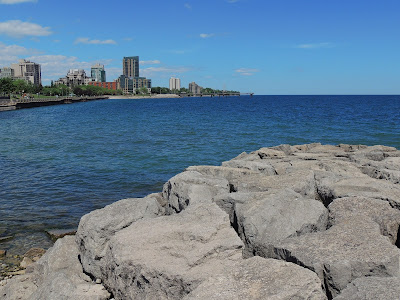 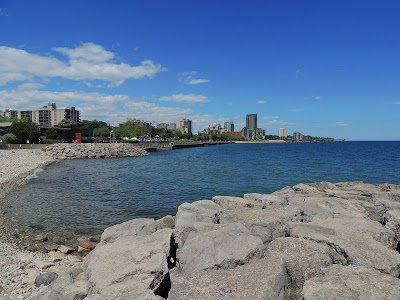 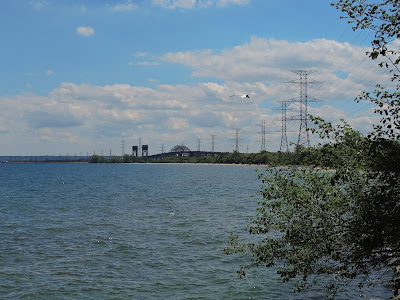 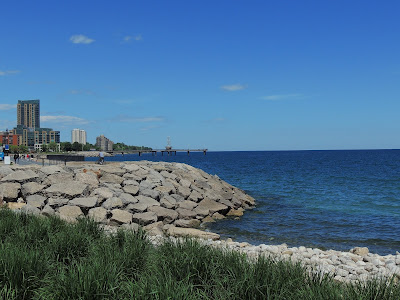 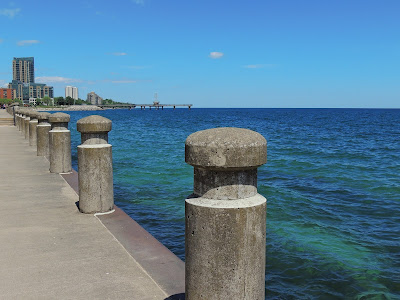 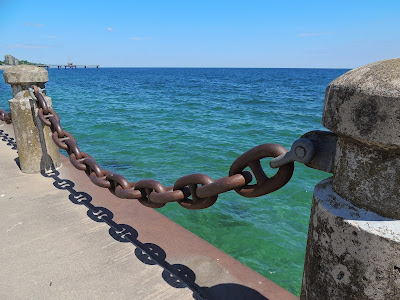 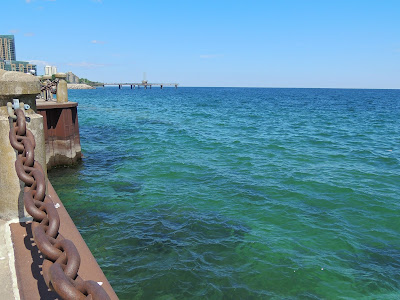 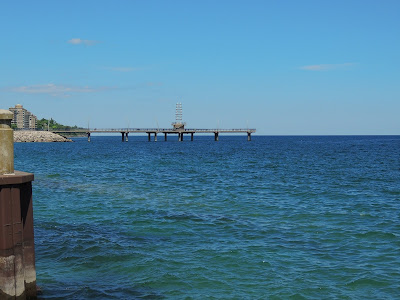 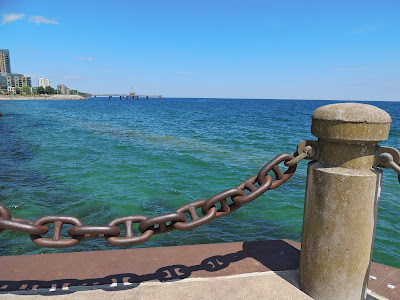 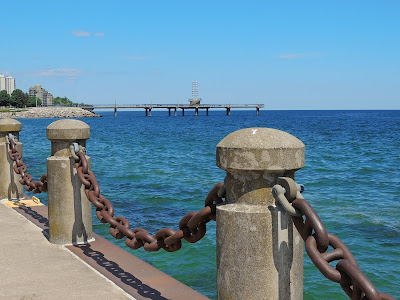 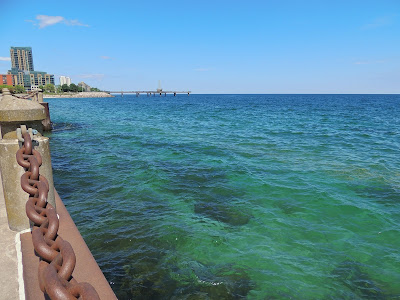 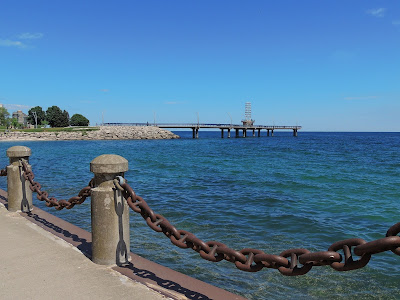 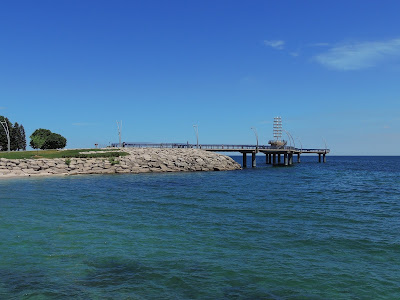 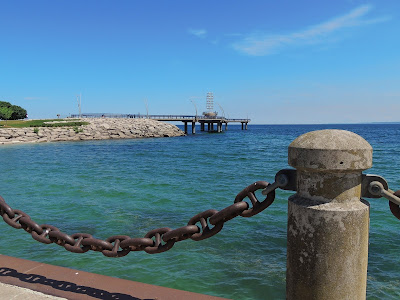 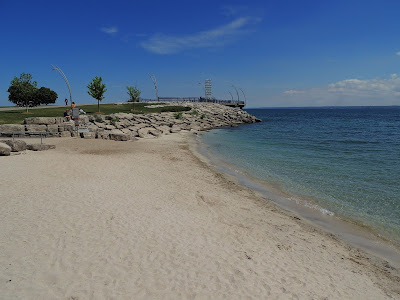 A signature destination and attraction in Spencer Smith Park at the Waterfront at Downtown Burlington, the Brant Street Pier extends 137 metres over Lake Ontario, providing breathtaking views of the lake and Burlington's shoreline.
Lighting the Brant Street Pier
The beacon on the Brant Street Pier is lit each night with colours. The lighting choices are based on nationally recognized events, City events and special requests, using criteria that includes non-profit and community events of municipal, regional, provincial and national significance. 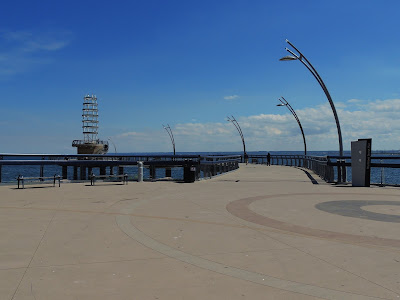 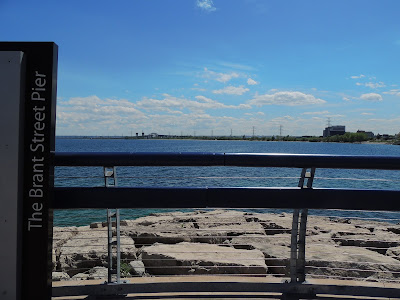 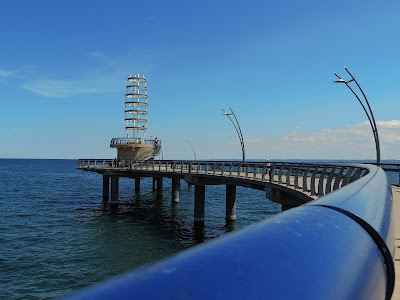 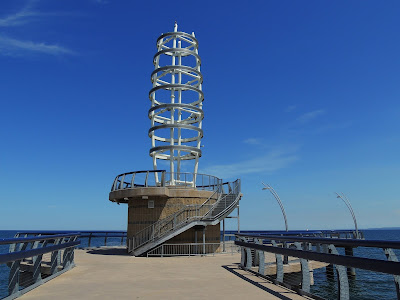 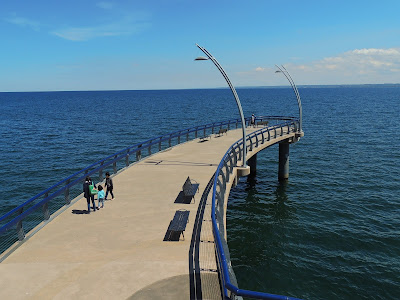 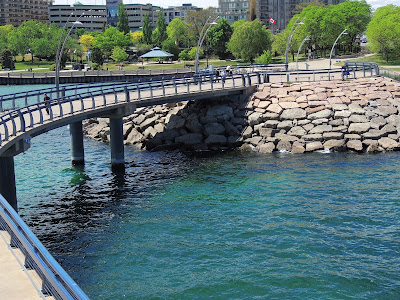 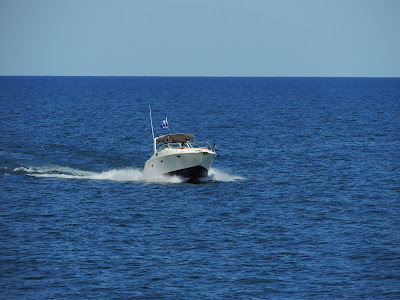 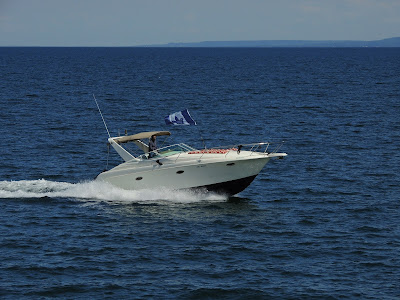 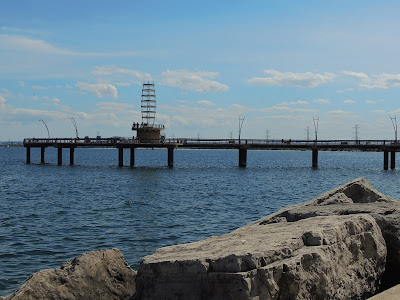