From Goodreads ~ In November 2001, the bullet-riddled body of a young doctor named Andrew Bagby was discovered in Keystone State Park outside Latrobe, Pennsylvania. For parents Dave and Kate, the pain was unbearable - but Andrew's murder was only the beginning of the tragedy they endured.

The chief suspect for Andrew's murder was his ex-girlfriend Shirley Turner. Obsessive and unstable, Shirley lied to police and fled to Newfoundland before she could be arrested. While fending off extradition efforts by U.S. law enforcement, she announced she was pregnant with Andrew's son, Zachary.

Hoping to gain custody of the child, the Bagbys moved to Newfoundland. They began a drawn-out court battle to protect their grandson from the woman who had almost certainly murdered their son. Then, in August 2003, Shirley killed herself and the one-year-old Zachary by jumping into the Atlantic Ocean. 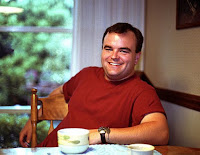 Andrew Bagby was an American who went to medical school in St. John's, Newfoundland, in the late 1990s.  There he met an older woman named Shirley Turner, who was a doctor, who was from Newfoundland.  She came from a broken home, had been married twice and had three children with the two husbands (the children lived with their fathers).  She had a history of violence and instability.  Andrew and Shirley started dating on and off for a couple of years.

Andrew was found dead on November 5, 2001, in a state park in Pennsylvania where he was a resident at a local hospital.  He had been shot five times and the number one suspect was Shirley, his then ex-girlfriend, who was practicing in Iowa.

Shortly after Andrew's death, on the advice of a lawyer, Shirley returned home to St. John's.  The Pennsylvania police wanted her back in the States to face murder charges but she refused to go so the extradition to the U.S. process began.  Andrew's parents, David and Kate, were living in California and flew to St. John's for the hearings.  It turned out that Shirley was pregnant and gave birth to her and Andrew's son, Zachary, in July 2002. 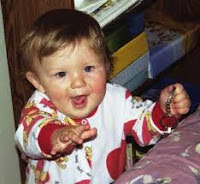 The Bagbys put their lives on hold and moved to St. John's.  If Shirley ended up in jail and prison, they wanted to establish a relationship with Zachary and be able to raise him since he was their grandson.  They had to fight for visitation.

On August 18, 2003, Shirley drugged Zachary and then jumped into the Atlantic Ocean with him trapped to her.  It was ruled a murder-suicide.

David wrote this book to tell the story. He and Kate feel they were failed by the legal system that let Shirley out on bail and allowed her to retain custody of Zachary.  After Shirley and Zachary's death, they began a quest to have Canada’s bail laws changed.  Bill C-464 or "Zachary's Bill" was introduced which would change the Criminal Code of Canada to allow the courts to justify their refusing bail to those accused of serious crimes in the name of protecting their children.  It received support and was signed into law on December 16, 2010.

I don't remember this happening at the time and I'm not sure where I came across this book but it was an interesting story.  It was dry at times but the love for Andrew and Zachary, their frustration and fight of David and Kate came through.

I read an e-version of the book and there were no pictures.
By Teena in Toronto at 10:05 pm
Email ThisBlogThis!Share to TwitterShare to FacebookShare to Pinterest
Label(s): Books, Books - 2020, Canadian, Canadian 2020, David Bagby, Published 2015