Union Station has spent a lot of money and years renovating.  One of the benefits is that there is now lots of choice of  places to eat.  They now have a foodcourt and restaurants.

Today I had lunch at Union Chicken.  It's been open for about a year. 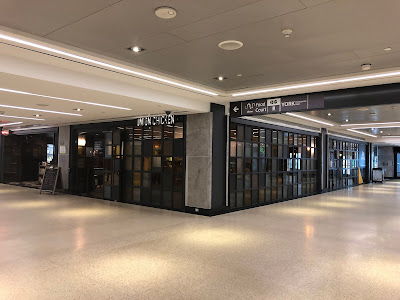 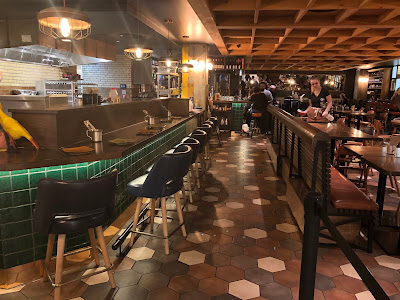 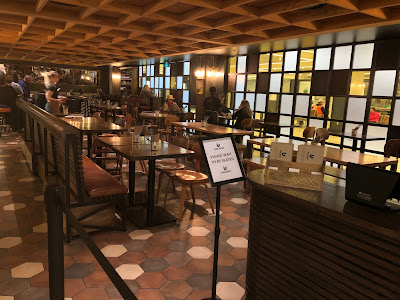 I'm back on Weight Watchers, which encourages you to eat protein rather than carbs, so I ordered the Spit-Fired Rotisserie half chicken.  The chicken was good.  The spices from the skin (I didn't eat the skin) and the dipping sauce had a bit of a kick, which was fun.  It came out rather quickly and that showed as the chicken and dipping sauce could have been hotter.  The pickles were tasty.  I didn't eat the slices of bread. 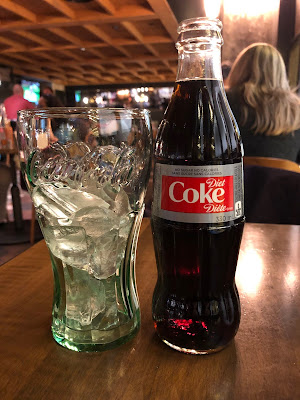 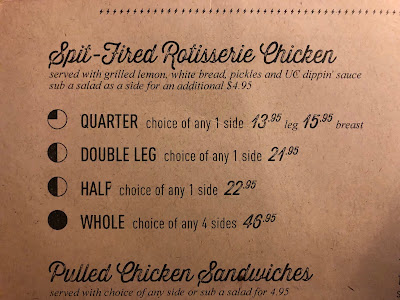 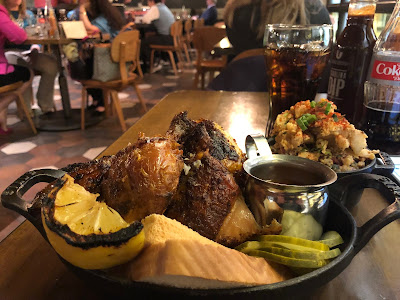 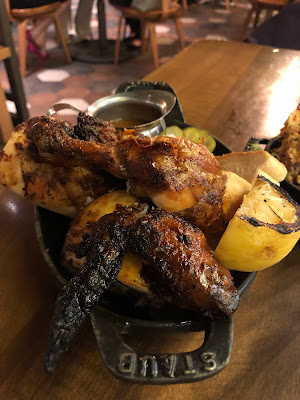 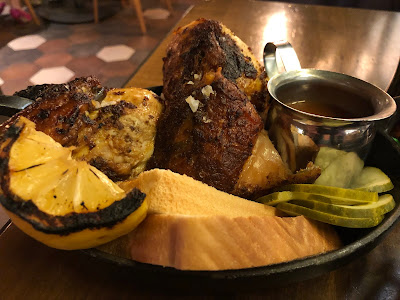 It came with a side.  I knew I wouldn't be eating it and figured the potato salad was the best of the choices for me so I could have a forkful or two.  The potato salad was good ... there was a bit of heat, maybe from the smoked paprika? 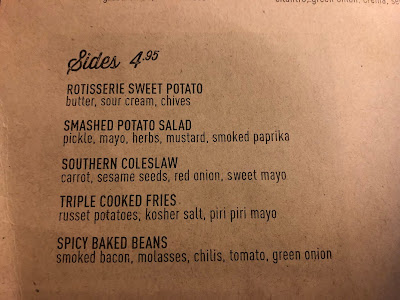 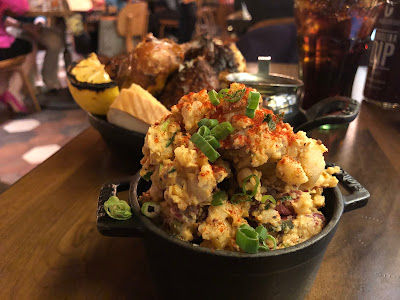 My server was Tammy and she was great!  She was chatty, friendly and helpful and took good care of me.

By Teena in Toronto at 1:30 pm
Email ThisBlogThis!Share to TwitterShare to FacebookShare to Pinterest
Label(s): Union Chicken Toronto ON