Gord and I enjoy playing cribbage.

We discovered that cribbage tournaments are held every few months at the Royal Canadian Legion - Branch 31 Mount Dennis.  We went to the one in January and had fun so went again today. 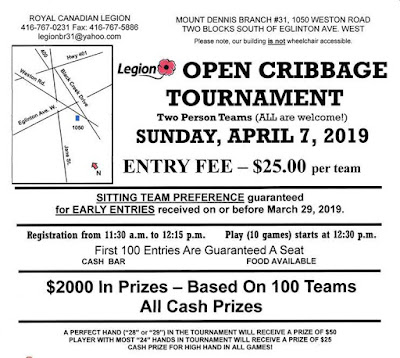 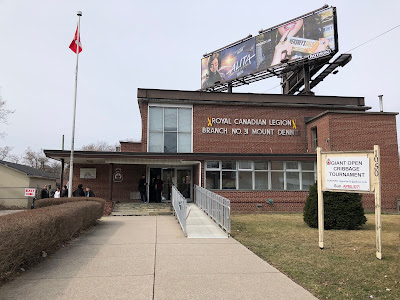 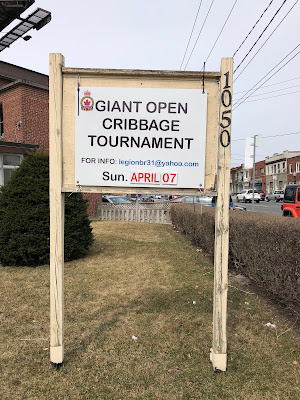 There was a big turnout ... 70 teams!  They had to keep bringing up tables and chairs from downstairs to accommodate everyone. 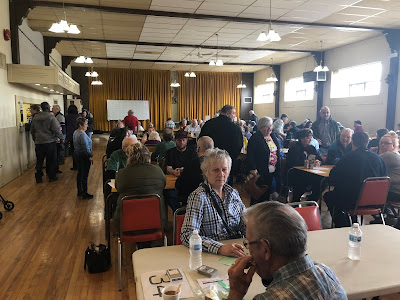 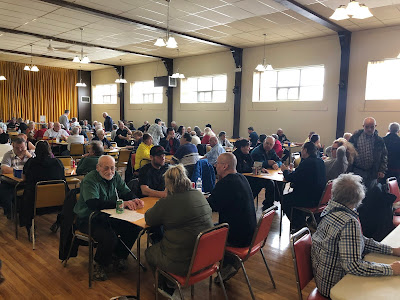 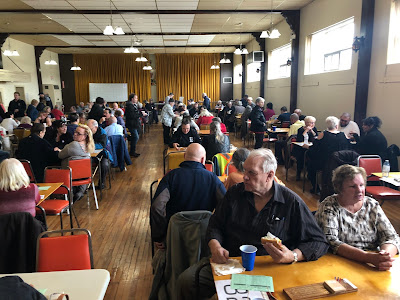 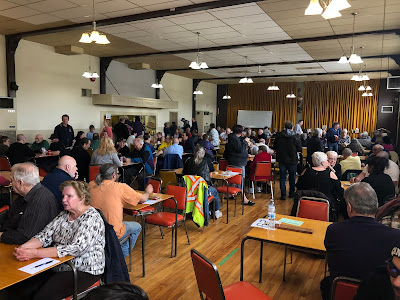 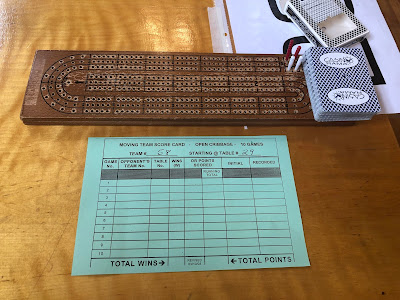 Here were the prizes ... 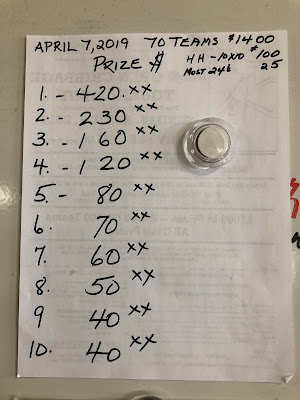 Alas, Gord and I had four wins and six losses so didn't make the winners' board (not even close!). 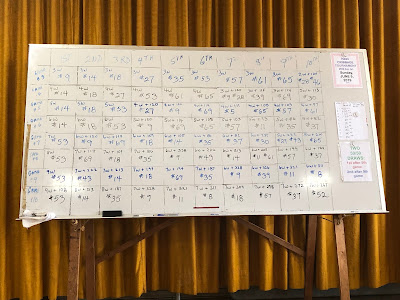 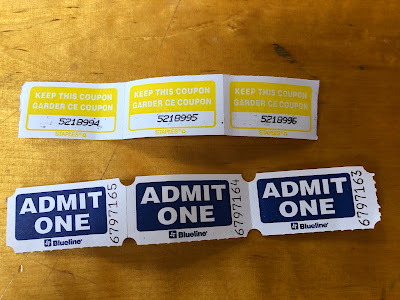 Though we didn't win any prizes, we had a lot of fun.  We'll be back for the next one in June!
By Teena in Toronto at 5:30 pm
Email ThisBlogThis!Share to TwitterShare to FacebookShare to Pinterest