I had a late lunch today at Union Chicken at Union Station.  I had lunch there last week and it was good. 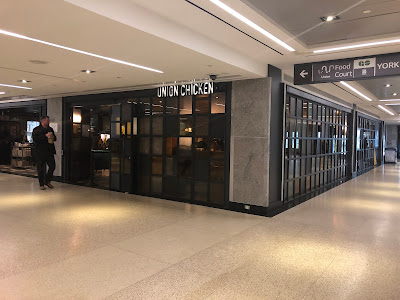 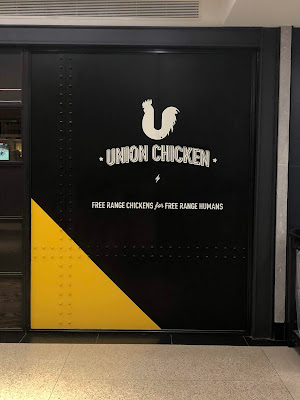 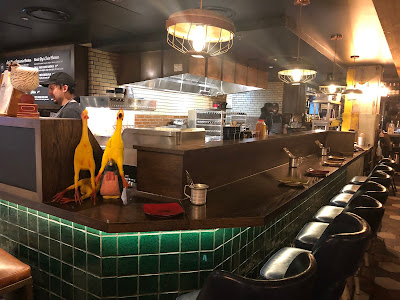 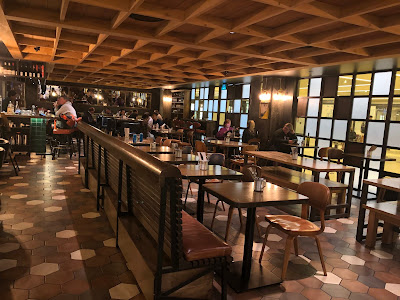 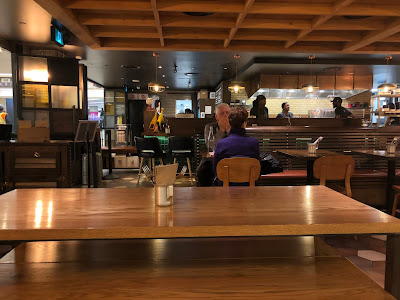 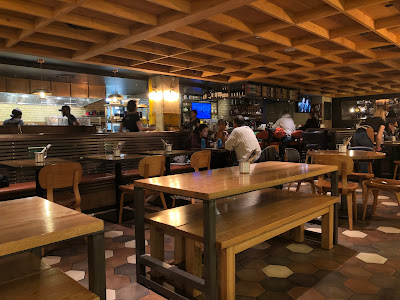 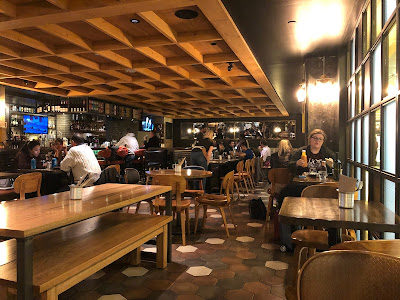 I'm still on Weight Watchers, which encourages you to eat protein rather than carbs, so I ordered the Spit-Fired Rotisserie half chicken.  I ordered it without a side because I wouldn't have eaten it anyway ... it turns out it's $6 less (so $17).  The chicken was good.  The spices from the skin (I didn't eat the skin) and the dipping sauce had a bit of a kick, which was fun.  The pickles were tasty.  I didn't eat the slices of bread. 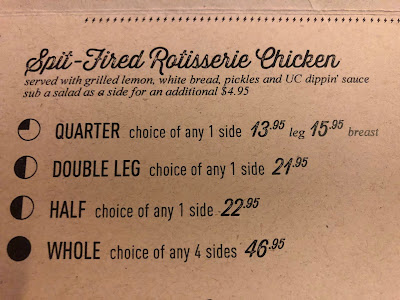 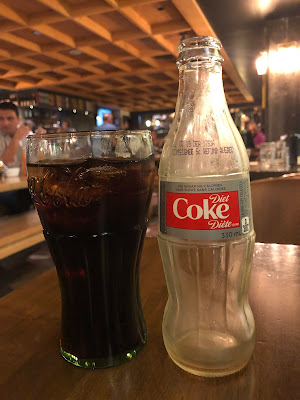 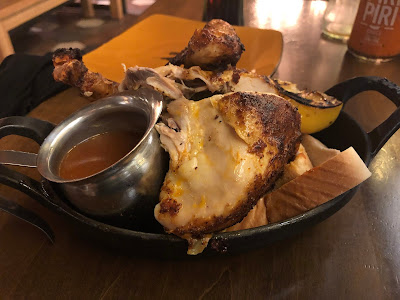 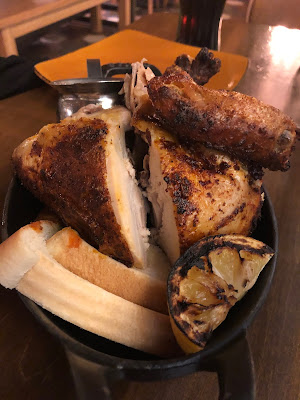 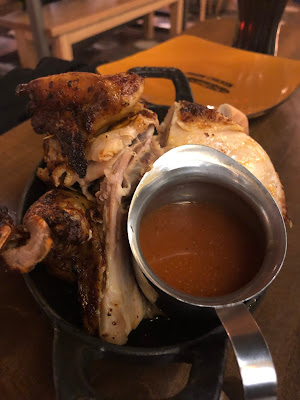 My server was Bri and took good care of me.

By Teena in Toronto at 2:30 pm
Email ThisBlogThis!Share to TwitterShare to FacebookShare to Pinterest
Label(s): Union Chicken Toronto ON