Lady Gaga played two nights in Toronto, last night and tonight ... and Gord and I were there tonight.

You could buy souvenir teeshirts, etc. 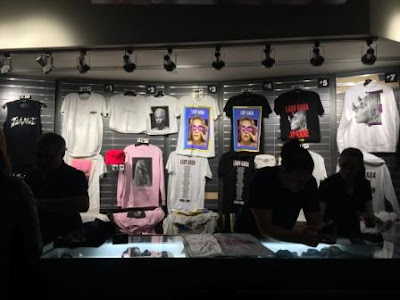 Our seats were in section 323.  This looking down at the floor before the concert started as people were coming in. 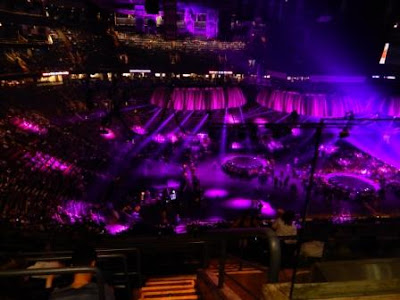 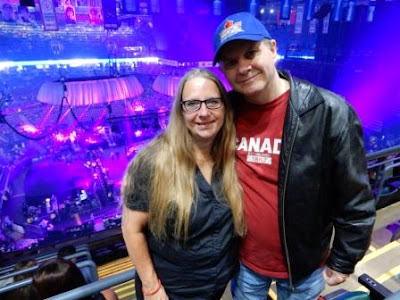 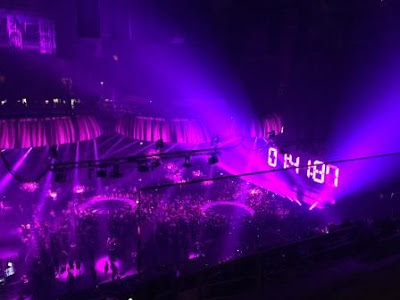 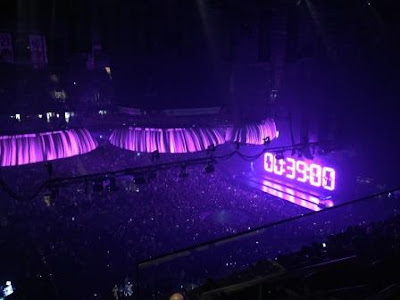 The special effects and light show were fabulous! 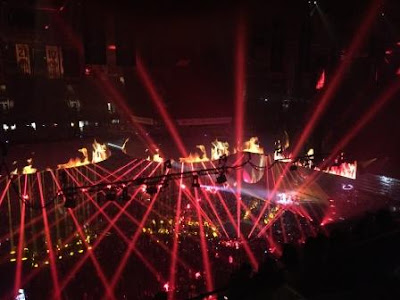 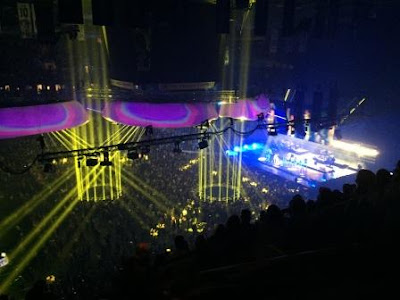 Lady Gaga has a great voice and is quite talented in that she plays more than a few instruments well.  Costume changes took about four minutes and they showed "video interludes" (there were five or six) while it was going on.

Her playlist was a collection of old and new songs and she told stories about some of the songs.  Joanne, for example, is a tribute to her Aunt Joanne who passed away in the early 1970s when she was 19 of lupus.  A woman is the audience gave her a letter, which Lady Gaga read, about how she has been an inspiration to her during dark times.

Lady Gaga and her entourage crossed over the fans on bridges and played on a stage below us (at the other end of the area) a couple times. 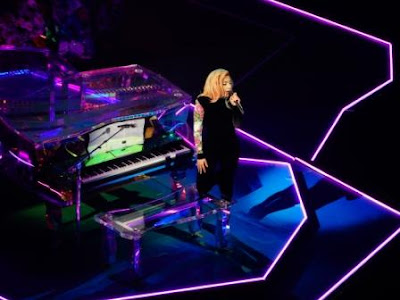 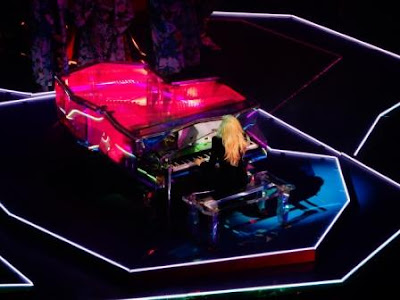 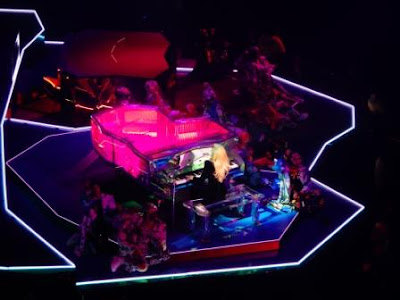 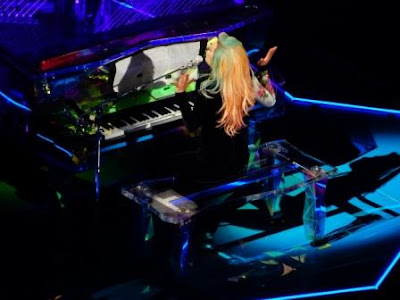 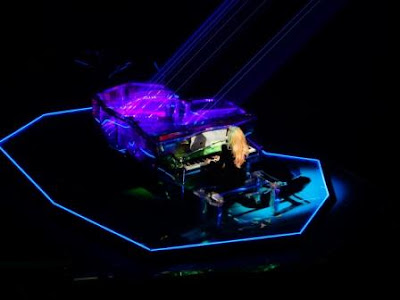 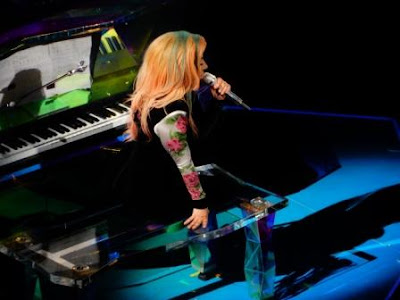 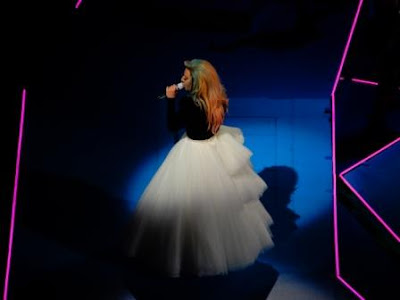 She ended the show singing A Million Reasons alone on the stage below us. 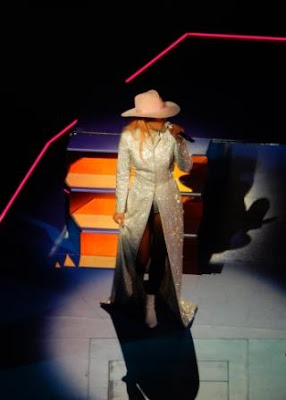 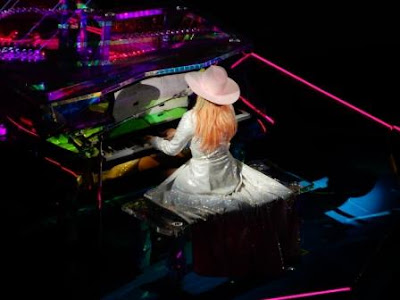 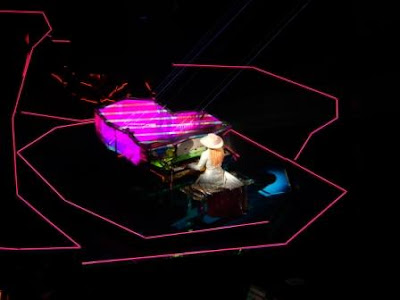 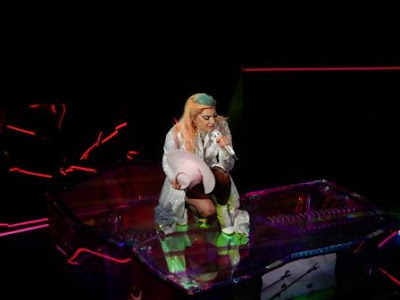 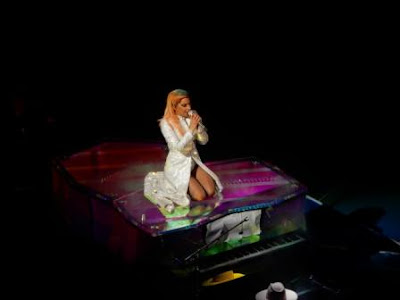 And then she was gone! 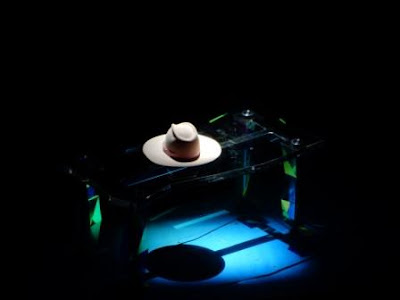 You're lucky. She cancelled her concert in Montreal at the last minute because she was sick. Looks like a good show.

When she cancelled Montreal, I was concerned she wouldn't well enough for Toronto.