From Goodreads ~ From the 1840s until the Second World War, waves of newcomers who migrated to Toronto – Irish, Jewish, Italian, African American and Chinese, among others – landed in "The Ward".  Crammed with rundown housing and immigrant-owned businesses, this area, bordered by College and Queen, University and Yonge streets, was home to bootleggers, Chinese bachelors, workers from the nearby Eaton’s garment factories and hard-working peddlers. But the City considered it a slum and bulldozed the area in the late 1950s to make way for a new civic square.

The Ward finally tells the diverse stories of this extraordinary and resilient neighbourhood through archival photos and contributions from a wide array of voices, including historians, politicians, architects, story­­tellers, journalists and descendants of Ward residents. Their perspectives on playgrounds, tuberculosis, sex workers, newsies and even bathing bring The Ward to life and, in the process, raise important questions about how contemporary cities handle immigration, poverty and the geography of difference.

The Ward was a neighbourhood in downtown Toronto, bound by College Street, Queen Street, Yonge Street and University Avenue.  For several decades of the late 19th and early 20th century, it was a highly dense mixed-used neighbourhood where waves of new immigrants would initially settle before establishing themselves.  It was characterized by authorities in the 19th century as a slum.  It was the centre of the city's Jewish community from the late 19th century until the 1920s and until the late 1950s, the home of the city's original Chinatown.

The old neighbourhood has wholly disappeared.  The Ward was slowly demolished as land was expropriated for office buildings, hotels, Nathan Phillips Square and City Hall.

This book is a collections of essays written by a variety of people including authors, journalists, photographers, politicians, historians, doctors and nurses, etc. about the Ward.  As such, there are many perspectives and interesting stories, with some of the stories being about the same thing but with a different twist.  Did you know that "America's Sweetheart", Mary Pickford (aka Gladys Louise Smith), was born and lived in the Ward at 211 University Avenue?  Though there is a hospital there now, there is a plaque commemorating that she'd lived there.

There are lots of great pictures in the book showing what the Ward looked like.  It's hard to imagine because things have changed so much! 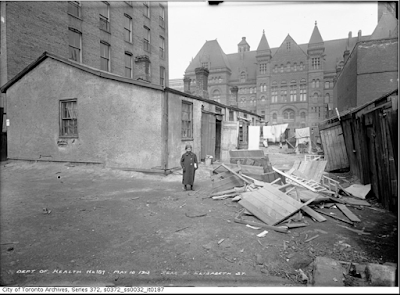 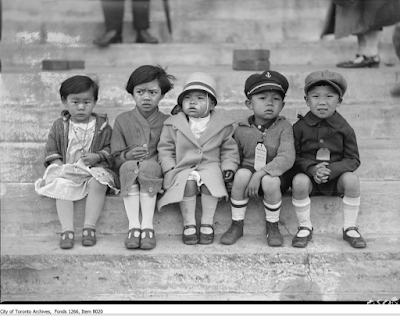 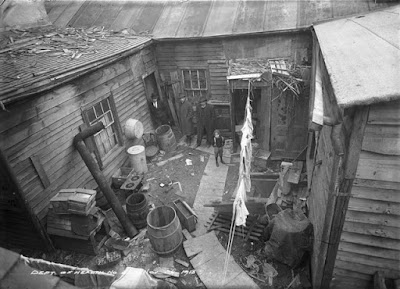 This one was surprisingly readable, I thought. I was expecting a dry history text, but the short pieces and the many amazing photos made it a real pleasure to read!

I liked that the stories were short and from different perspectives.