Out of the Depths: The Blue Whale Story, Royal Ontario Museum, Toronto, ON

When Gord and I went to the ROM (Royal Ontario Museum) in July to see the TATTOOS: Ritual. Identity. Obsession. Art exhibit, I'd entered a contest while I was there.  Not only did I win a ROM family membership for a year but I also won tickets for tonight's Out of the Depths:  The Blue Whale Story opening party (the exhibit starts on March 11). 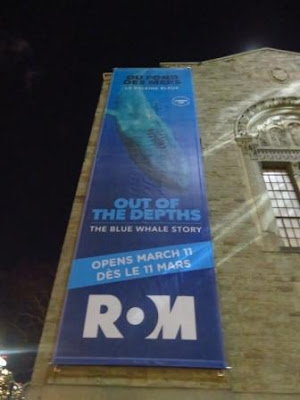 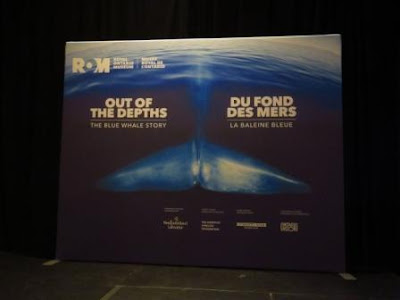 In 2014, a tragic event occurred off the coast of Newfoundland when nine rare blue whales became trapped in ice and died. Their loss represents about three percent of the Northwest Atlantic’s blue whale population; in Canada that’s almost equivalent to the human population of Saskatchewan. Blue whales usually sink when they die but in an unusual occurrence, two of the blue whales washed ashore in Trout River and Rocky Harbour, Newfoundland and Labrador, offering an unprecedented opportunity for research.

Working with the Department of Fisheries and Oceans, Research Casting International and the local communities, ROM scientists de-fleshed and recovered the bones of this endangered species, transporting them to Ontario. After a two-year process where the bones were buried in manure and de-greasing, one of these awe-inspiring animals is ready to be displayed at the ROM.

"Out of the Depths: The Blue Whale Story" is a ROM original exhibition that retells the tragic story of 2014 and the unprecedented opportunity for research and conservation that resulted. Come face to face with the enormous eighty-foot skeleton of Blue and discover the mind-blowing biology of blue whales; the humongous size of their heart, their unusual feeding behaviour, how they communicate and their evolution from land to sea. Find out how the ROM is studying their DNA to unlock some of the mysteries surrounding these large but elusive creatures, and gain insight into the global decline of the blue whale population and what is being done to protect the world’s largest animal … ever.

There was a cocktail reception, followed by speeches by those involved in the project, which was interesting. 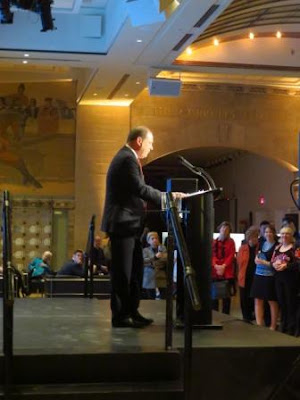 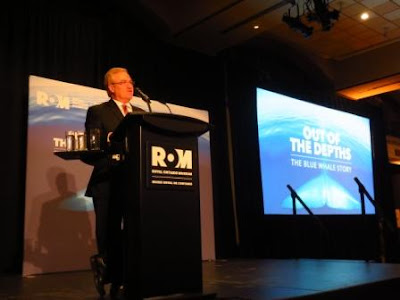 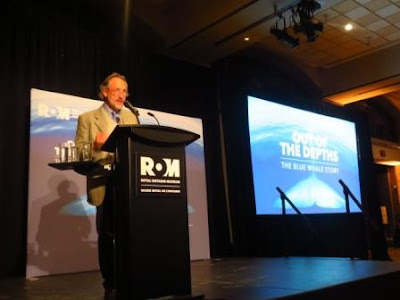 Attendees were then invited to check out the exhibit. 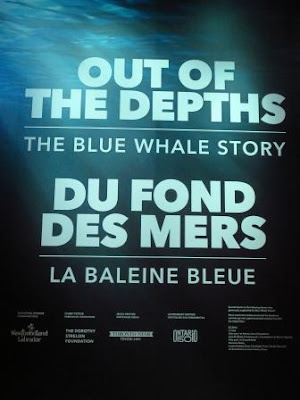 There are three big screens looping videos as soon as you walk in. 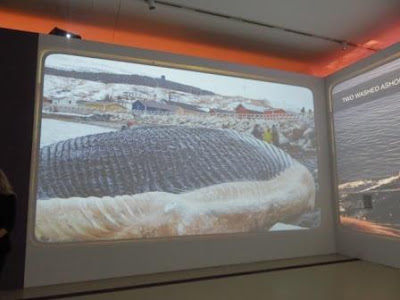 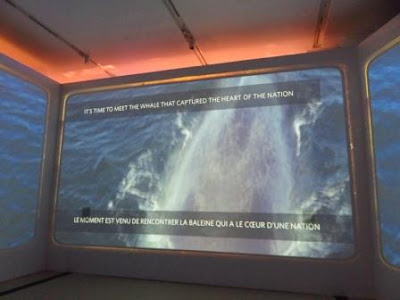 Along the walls, there is a lot of information about this particular blue whale and blue whales in general. 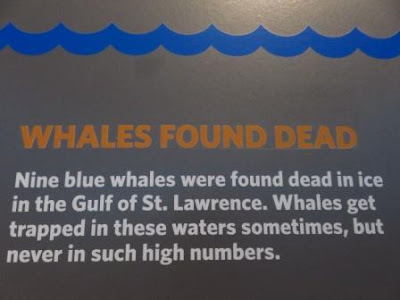 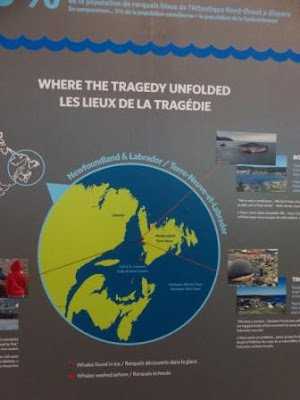 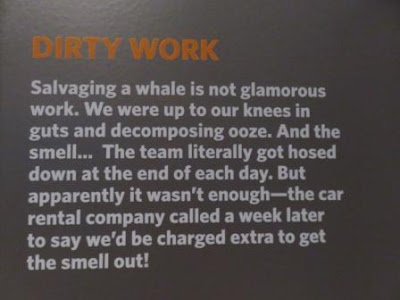 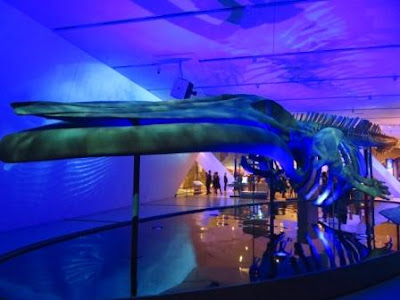 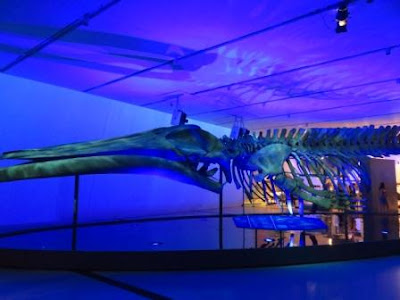 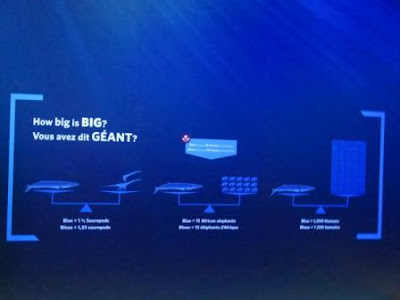 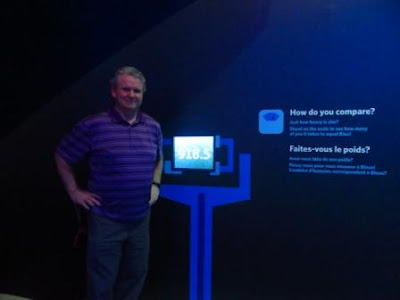 There's a room where you can hear how whales communicate. 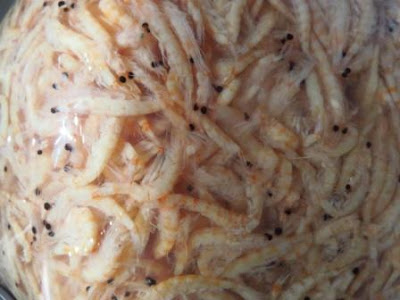 And here's some whale poo! 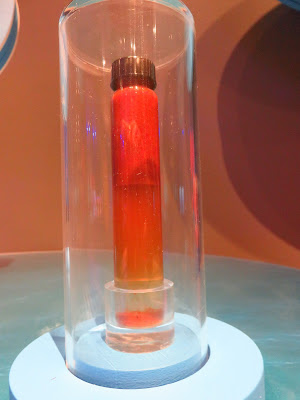 The blue whale's heart is the size of a small car. 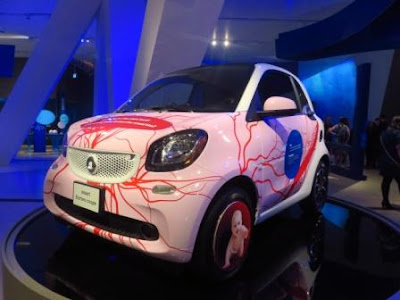 There's a mist wall as you're leaving. 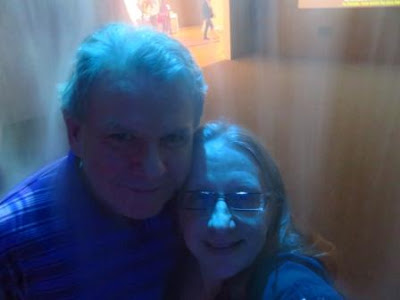 And there's a wall to bring awareness of the blue whales. 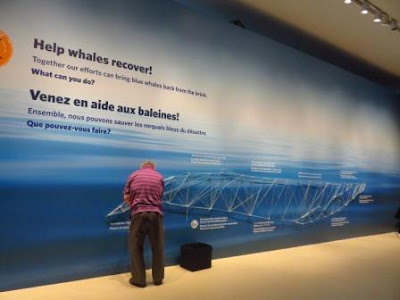 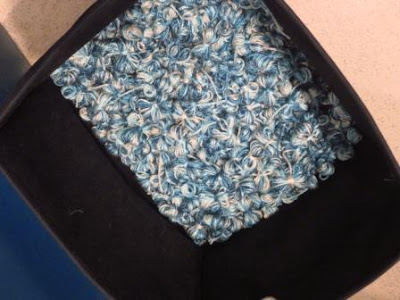 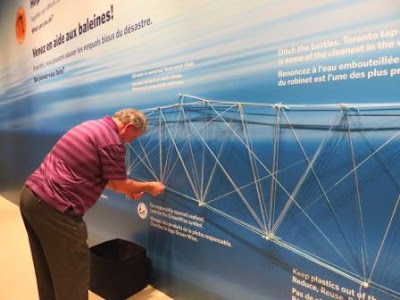 It is an interesting exhibit and worth checking out.
By Teena in Toronto at 10:00 pm
Email ThisBlogThis!Share to TwitterShare to FacebookShare to Pinterest