Gord and I had supper this evening at Liberty Commons in Liberty Village.  We'd been there in February just after it opened and enjoyed it.

It was jammed when we got there but we were able to get a table. 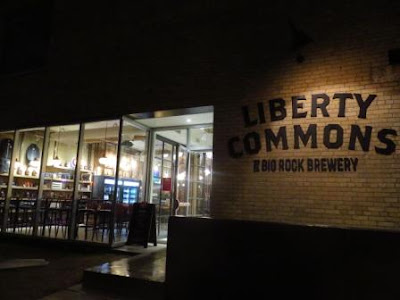 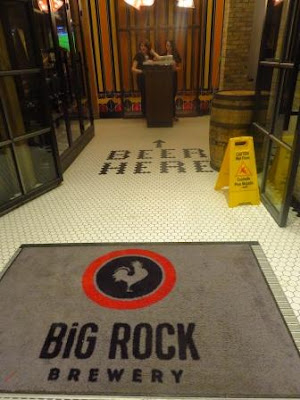 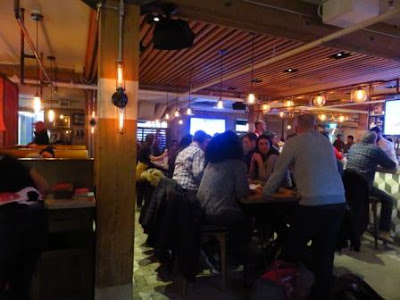 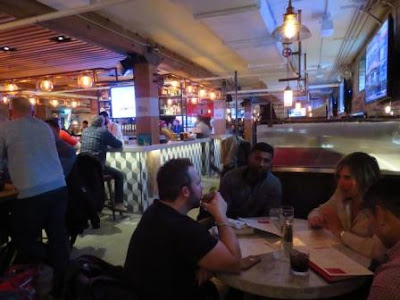 Gord started with a Scotch Egg ... he loves Scotch Eggs and loves theirs. 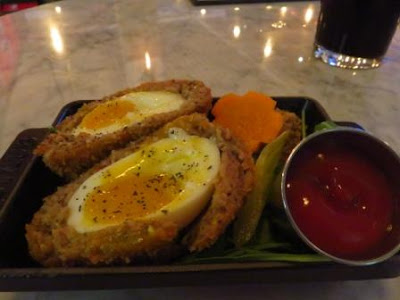 He also had Beef Brisket, which is what he ordered the last time.   He said it was really good.  I tried a piece and the beef was really tender and I liked the smokey taste. 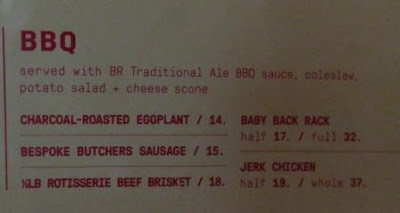 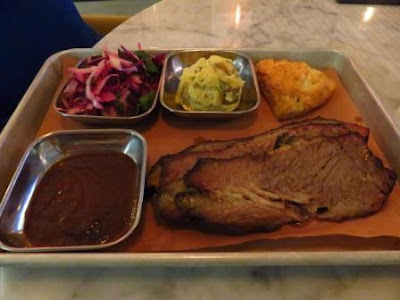 I ordered the Jerk Chicken, which is what I had the last time.  The sauce had a bit of a kick and the chicken was tender and moist. 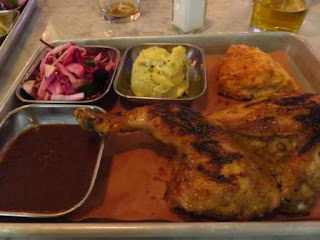 Because it was Gord's birthday, they gave him some ice cream that they make on site, which he shared (he had no choice).  It was good. 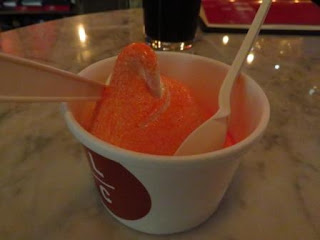 By Teena in Toronto at 8:00 pm
Email ThisBlogThis!Share to TwitterShare to FacebookShare to Pinterest
Label(s): Liberty Commons at Big Rock Brewery Toronto ON