Gord wrote a book called Defending the Inland Shores: Newfoundland in the War of 1812 that was published in December.

This morning he did a live interview with Jacqueline Betterton on daytime, York Region discussing his book.

Steve, the director, put a mike on Gord beforehand. 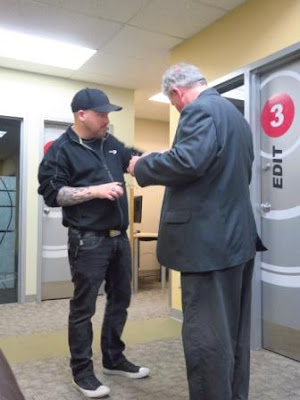 We, along with the other guests, waited in the "green room" ... yes, it was green! 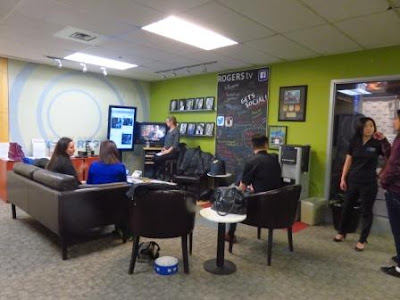 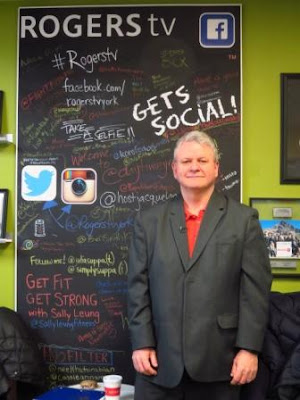 When it was Gord's segment, they let me into the studio and allowed me to take pictures.  Quite exciting!  Gord did an excellent job and seemed like a natural.  He told a couple stories and read some quotes from some soldiers. 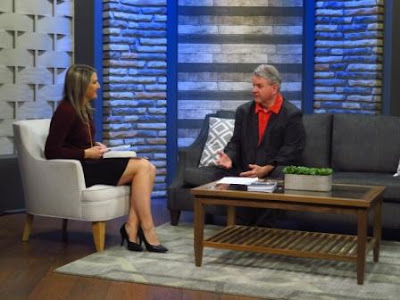 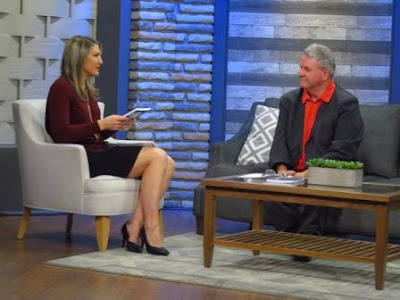 During the interview, they put pictures from the book on the screen.  It was interesting to see what the viewers saw. 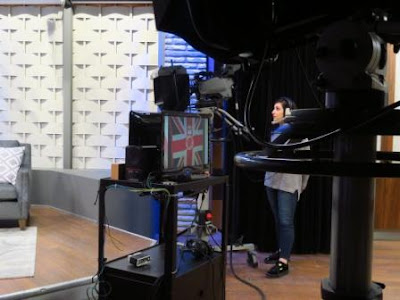 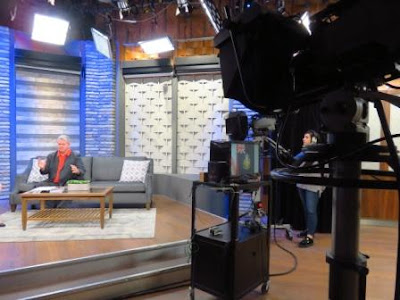 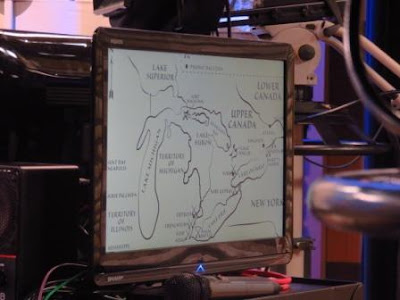 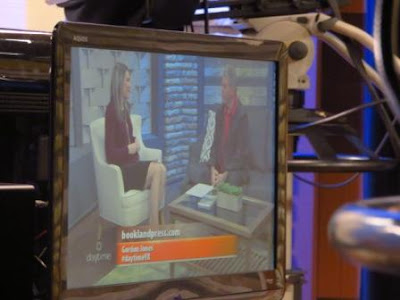 It was interesting to see how things worked "behind the scenes". 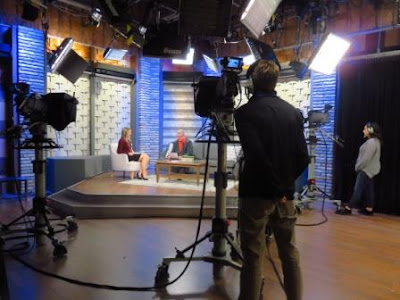 Jacqueline was very nice and put Gord at ease. 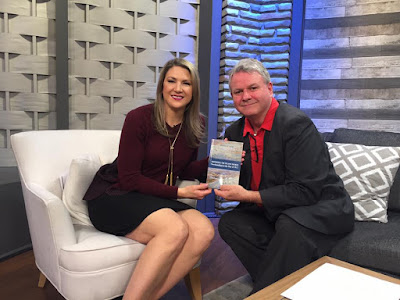 By Teena in Toronto at 9:03 pm
Email ThisBlogThis!Share to TwitterShare to FacebookShare to Pinterest