"Come From Away", Royal Alexandra Theatre, Toronto, ON

Gord and I saw Come From Away tonight.

On September 11, 2001, 38 planes with 6,579 passengers were stranded in a remote town in Newfoundland. The locals opened their hearts and homes, and hosted this international community of strangers for a week - spurring unexpected camaraderie in extraordinary circumstances. When the world stopped, their stories moved us all.

It is at the Royal Alexandra Theatre on King Street W until January 8 ... it heads to Broadway in February. 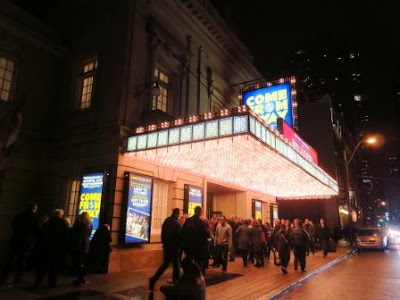 The theatre was closed for a few months for renovation.  The new seats were comfy. 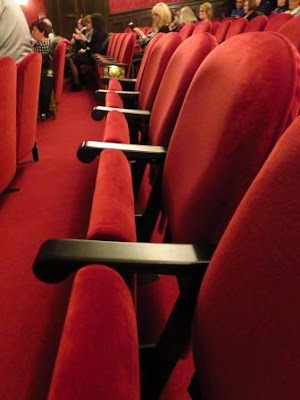 The mural on the ceiling was restored and there was quite a discussion about the cupid on the right. 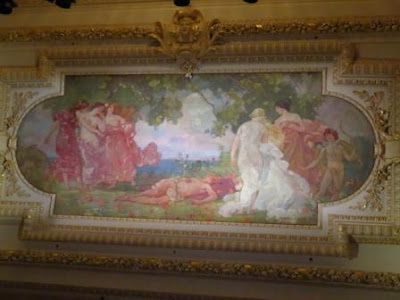 The set was fairly minimal and they used it well. 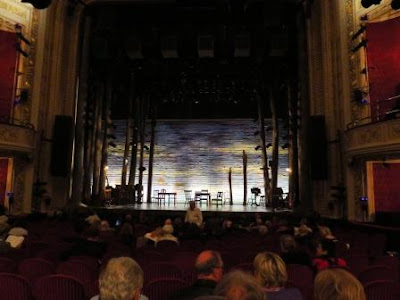 On September 11, 2001, when terrorist planes were crashing into towers in New York, planes "from away" were diverted to Gander, Newfoundland.  Over night, with about 7,000 passengers, the town's population doubled in size.  The citizens of Gander opened their arms and hearts and did all they could for the "plane people".  This is their story from the viewpoints of a cop, Gander's only reporter, the mayor, a local SPCA employee, a teacher, an American Airlines pilot, a gay couple, a traveler from England, a woman whose son is a NY firefighter and more.

The acting was fabulous with the actors playing multiple roles, moving effortlessly back and forth with different accents, and it was obvious which role they were in.  There was singing and dancing.  It was funny and it was sad.  It was hard not to get caught up in it.  The generous nature of the Newfoundlanders came through.  The audience showed their appreciation with a standing ovation.  At the end, the band, which included a fiddler, an accordionist and a couple guitarists, played a song at the end.

It is one of the best plays/musicals I've seen and given a chance, I'll go see it again.
By Teena in Toronto at 10:00 pm
Email ThisBlogThis!Share to TwitterShare to FacebookShare to Pinterest
Label(s): Live theatre, Live theatre: Mirvish