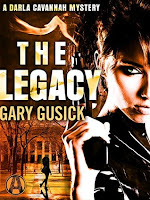 From Goodreads ~ When the governor of Mississippi requests her help, Yankee transplant Darla Cavannah can hardly say no - even if the timing couldn’t be worse. She and her dreamy husband, Dr. Stephen Nicoletti, have just been approved to adopt a baby girl in China and getting wrapped up in a high-profile homicide will almost certainly complicate, if not derail, all their plans. But as Governor Wilson Burnett relays the details of the case, Darla feels deep sympathy - and blinding outrage at a promising life cut short.

On the campus of prestigious Ole Miss, a young African American student has been found killed just hours after her initiation into a previously segregated sorority. The murder would be shocking under any circumstances but this student is Caitlin Burnett - the white governor’s adopted daughter.

With public outrage building and media coverage intensifying, Darla’s partner, Rita Gibbons, proves invaluable. Her deep roots in the community - or “trailer trash cred” - helps considerably as the crime-solving pair sift fact from fiction. If this murder was racially motivated, why does the most damning evidence appear to have been staged? As the trail leads from Caitlin’s fellow Delta Betas to radical white supremacists and her father’s political enemies, the detectives close in on the disturbing truth - and a devious manipulator pulling all the strings.

Darla is an officer whose specialty is hate crimes.  She and her husband are hoping to adopt a baby soon and she plans on retiring so she can stay at home and raise the child.  She gets a call from the governor of Mississippi that his daughter, who was African American and adopted, was murdered and found hanging from a tree and he asks her to find out what happen.  Everyone assumes a white supremacist group was behind it and as Darla and her partner, Rita, start to investigate, they wonder if it isn't too convenient and obvious.

This is the third book I've read by this author and I liked it.  I liked the writing style and thought it was well-paced.  It's written in third person perspective with the focus on wherever the action is.  It was an interesting read especially if you are a fan of Delta blues music (like B.B. King).  The language at times is for a mature reader.

It is the third and latest in the Darla Cavannah series, a Philadelphian transplant in Mississippi, but it works as a stand alone.  You don't have to read the first two (I have) to know what's going on as there's enough background given.