Book ~ "Pen & Ink: Tattoos and the Stories Behind Them" (2014) Isaac Fitzgerald and Wendy MacNaughton 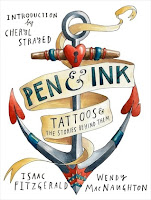 From Goodreads ~ Why did you get that tattoo?

Every tattoo tells a story, whether the ink is meaningful or the result of a misguided decision made at the age of fourteen, representative of the wearer’s true self or the accidental consequence of a bender. These most permanent and intimate of body adornments are hidden by pants legs and shirttails, emblazoned on knuckles, or tucked inside mouths. They are battle scars and beauty marks, totems and mementos.

I think tattoos are cool ... I'm usually curious as to what they mean and what led the person to get that particular one.  Gord and I went to the TATTOOS: Ritual. Identity. Obsession. Art exhibit at the Royal Ontario Museum in July and it was fabulous.

This book is an assortment of tattoos of a cross section of different people along with the stories behind them.  I found most of the stories interesting ... they were touching, funny, etc.  The tattoos were illustrated ... I would have rather they be photographs so I could see the real thing.  Also, I found the handprinted/written descriptions annoying, especially when the story was long as it was sometimes hard to read.  I'm sure a funky font could have been used to keep the spirit of the book.

Here are some examples: 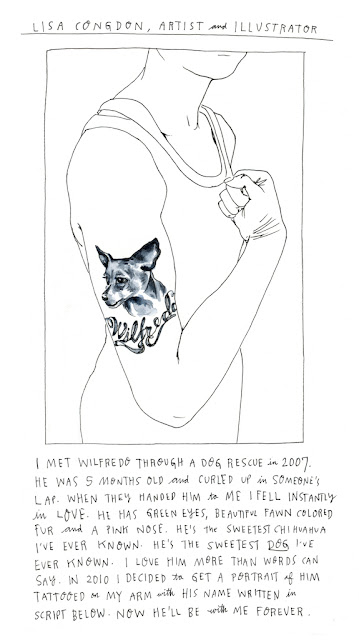 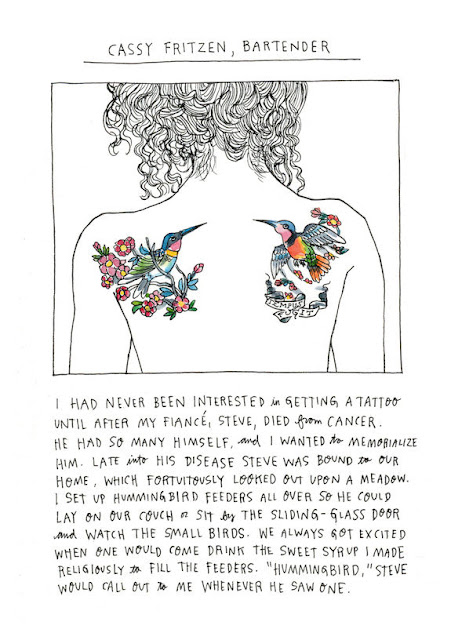 That was a fascinating exhibit, wasn't it? I loved (but was also kinda creeped-out-by) the replica'd body parts! Sounds like the perfect companion read!