A fella Gord works with had a couple tickets for tonight's Toronto Blue Jays game he couldn't use so Gord bought them from him and we went. 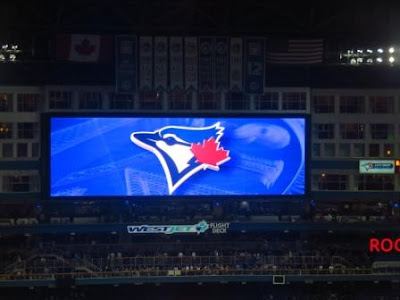 It was pouring rain so we drove rather than transiting.  Traffic was brutal as was the line-up to get into the Rogers Centre.  Though we'd left in plenty of time, we got to our seats towards the end of the first inning and Troy Tulowitzki was at bat. 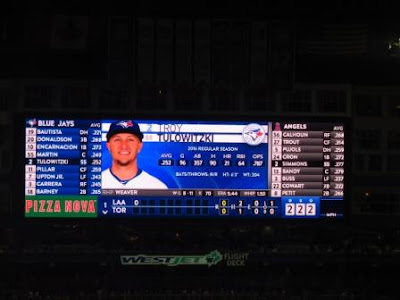 Because of the rain, the roof was obviously closed.  Our seats were in the 500 level, just left of the catcher. 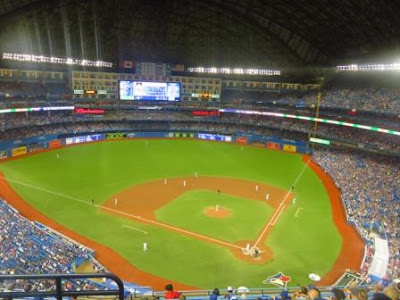 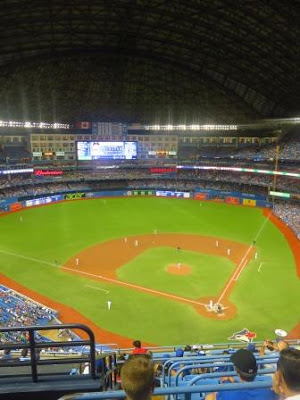 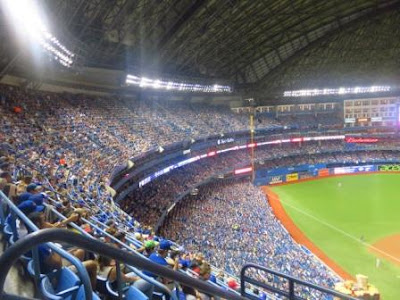 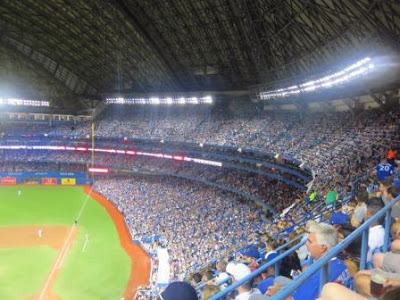 José Bautista was back in the line-up (DHing) after being out with an injury. 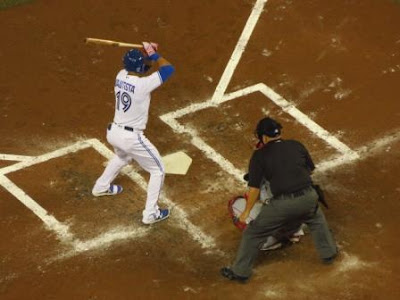 Ace, the Jays mascot, did a Ghostbusters bit. 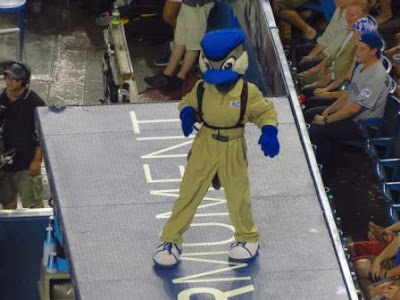 There seemed to be a lot of fans from eastern Canada in the crowd. 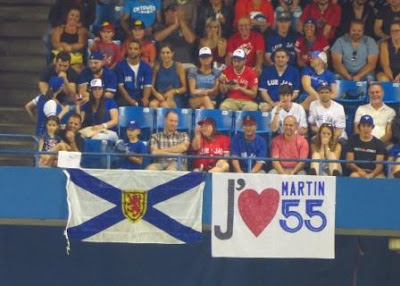 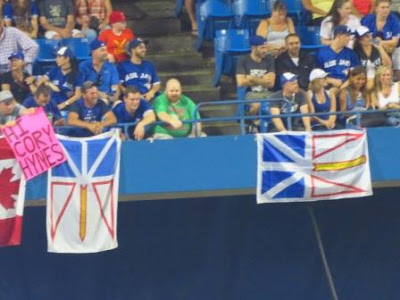 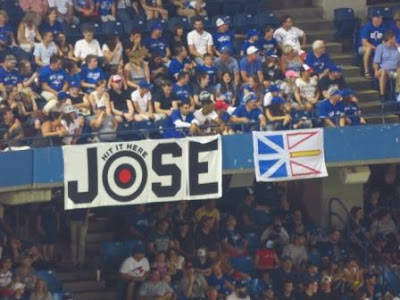 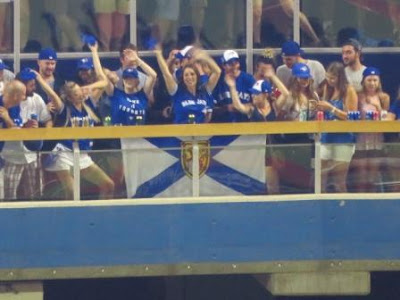 Here are me and Gord! 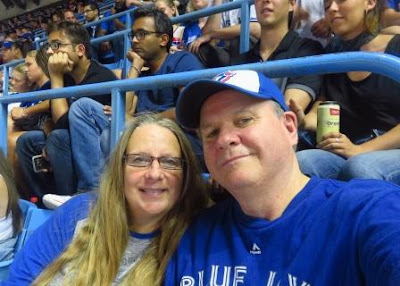 The Blue Jays have been drawing big crowds for their games.  Tonight's attendance was just over 46,000. 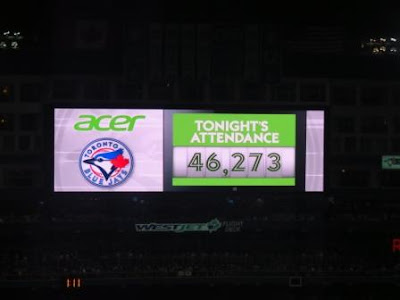 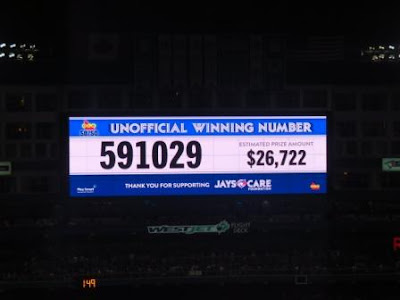 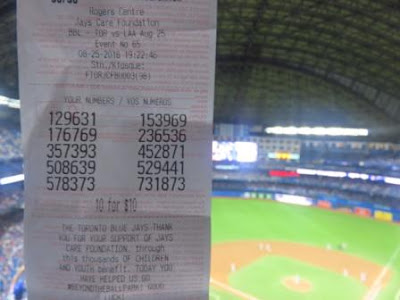 The game started out quick and exciting ... and then slowed down and we started losing. 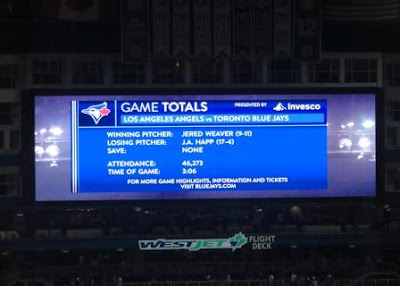 The Blue Jays are currently tied for first place in the eastern division ... go Jays, go!
By Teena in Toronto at 10:30 pm
Email ThisBlogThis!Share to TwitterShare to FacebookShare to Pinterest
Label(s): Toronto Blue Jays

Good for them! Have a wonderful weekend.