Gord and I are on vacation this week.  The San Diego Padres were in town to play the Toronto Blue Jays at 12:37pm ... we bought our tickets a couple months ago.

It was Camp Day.  Because it was a day game, there were lots of kids and older people. 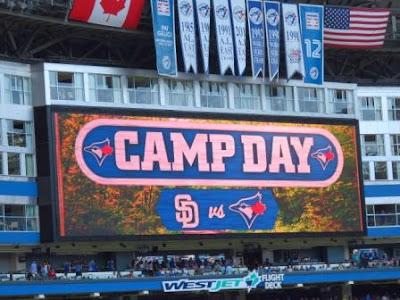 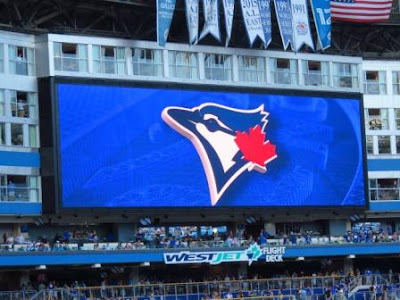 We watched the Blue Jays warm up. 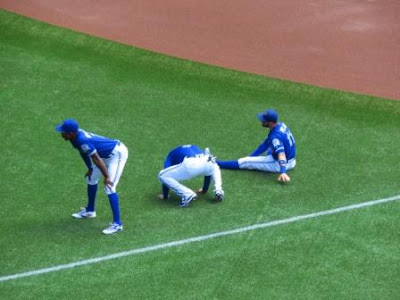 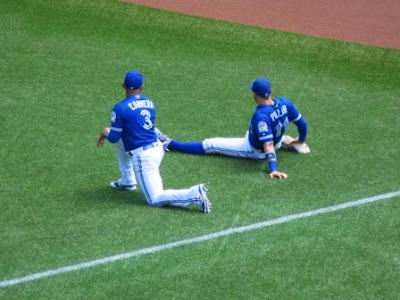 The roof was open ...  yay!  It was a hot sunny day and thankfully our seats were in the shade just up from third base.

We could see people doing the EdgeWalk around the top of the CN Tower.  Eeek! 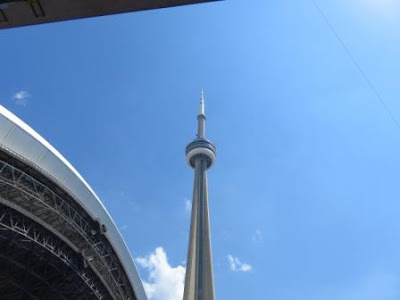 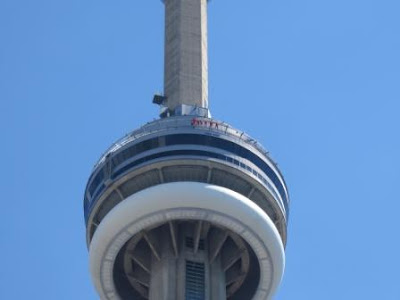 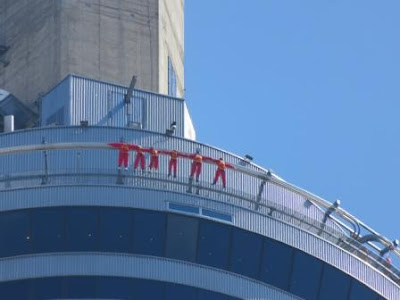 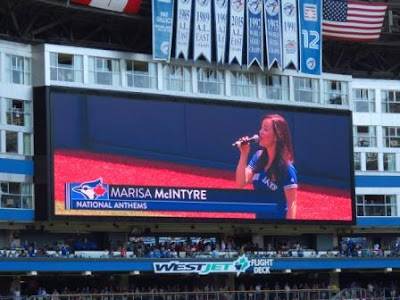 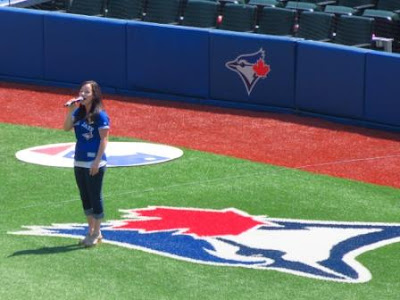 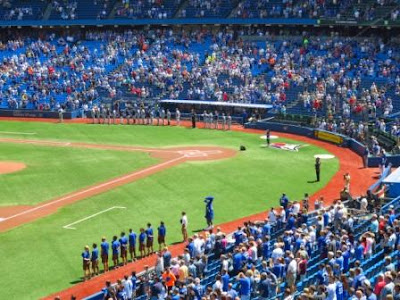 Donovan Bailey threw out the ceremonial first pitch.  He once held the world record for the 100 metres race following his gold medal performance in the 1996 Olympic Games (20 years ago today). He was the first Canadian to legally break the 10-second barrier in the 100 metre. 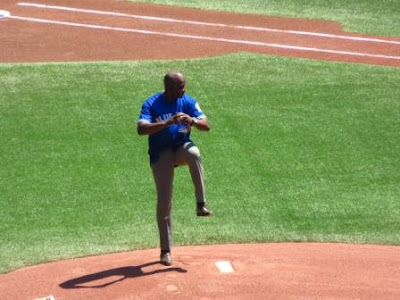 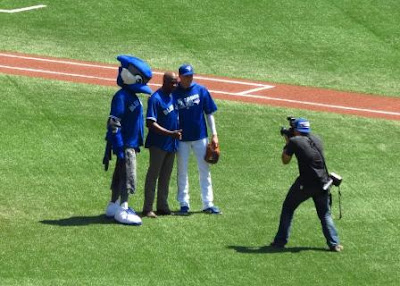 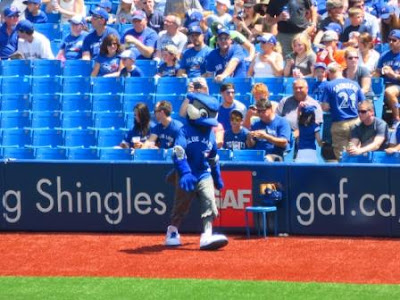 R.A. Dickey threw the first pitch for the Blue Jays and the game began. 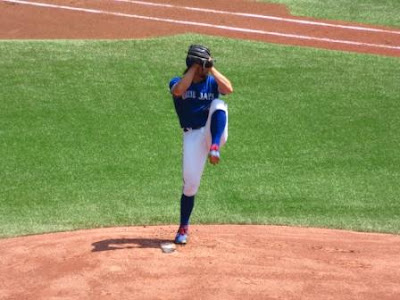 Here is the walk-up music for the Blue Jays. 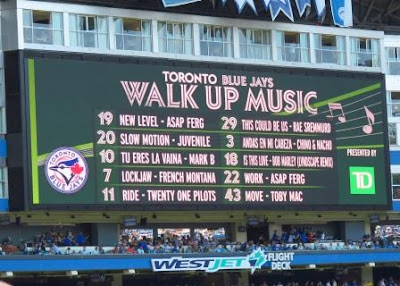 José Bautista was up to bat first for the Blue Jays. 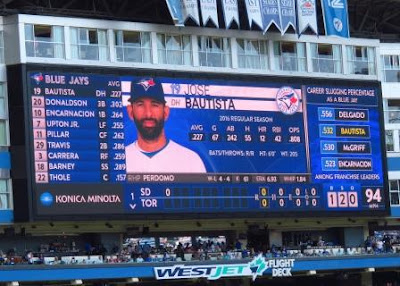 Here's the view from our seats. 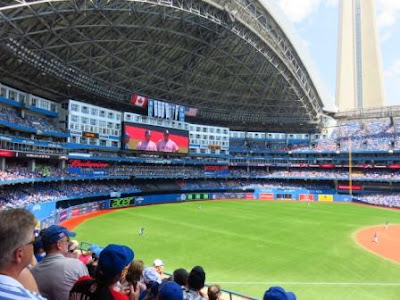 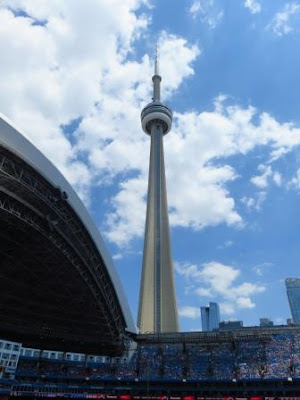 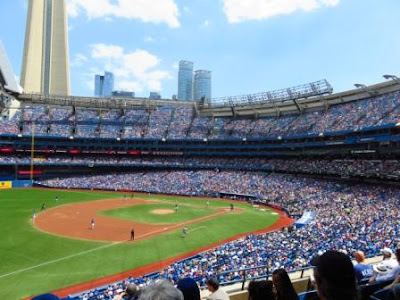 This woman sat in front of us and was more interested in playing games on her phone than the game. 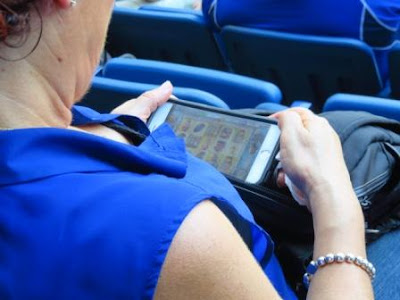 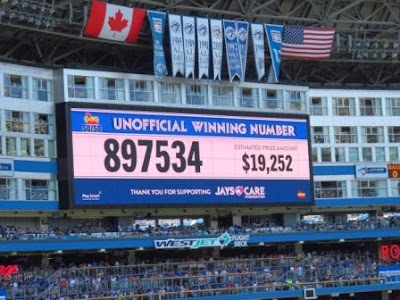 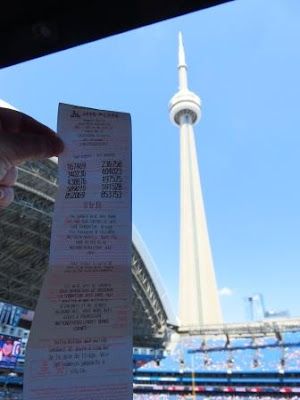 The attendance for today's game was 47,301.  I think that must have been the tickets sold, not actual bums in the seats. 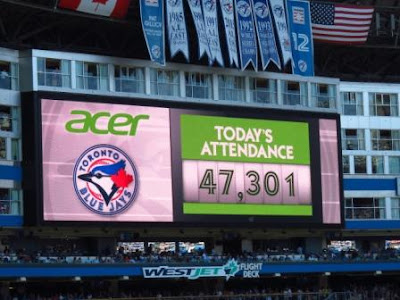 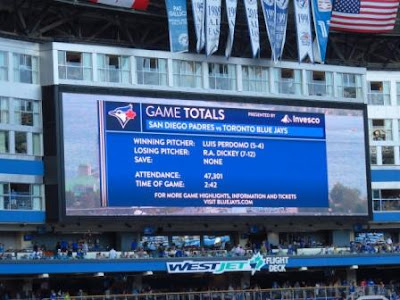 By Teena in Toronto at 4:00 pm
Email ThisBlogThis!Share to TwitterShare to FacebookShare to Pinterest
Label(s): Toronto Blue Jays