Gord and I went for a walk to Coronation Park, which is about a 20 minute walk from home.

Just before we got to the park, we came across a couple of police officers on horses at Lakeshore Blvd/Strachan Ave. 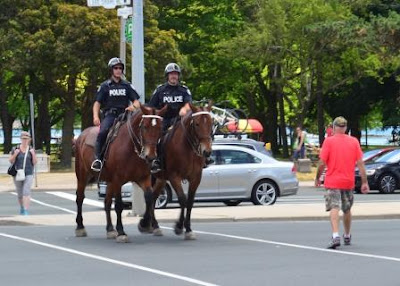 It's a small but lovely park. 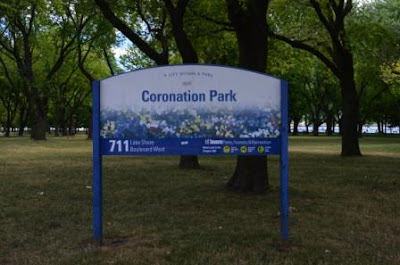 A Royal Oak commemorating the Coronation of King George VI is planted in the SW corner of the park. This oak is surrounded by a ring of others and a grove of maple trees all planted in honour of Canadian war veterans. There is also a World War II memorial a few meters to the east.  There are also three softball diamonds. 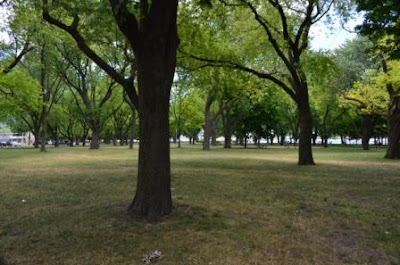 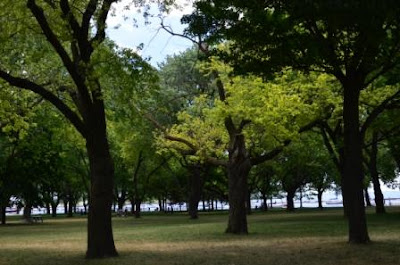 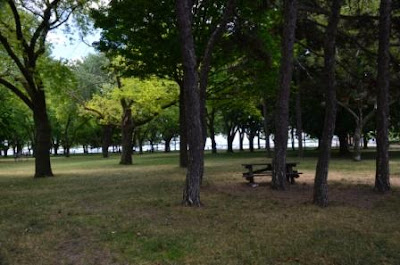 I like it because on the other side of the park is the water. 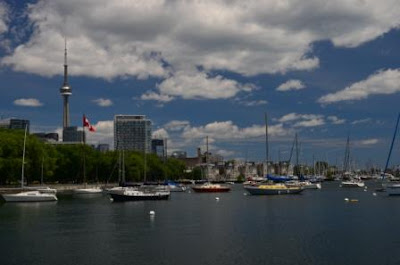 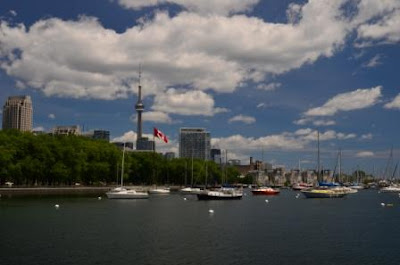 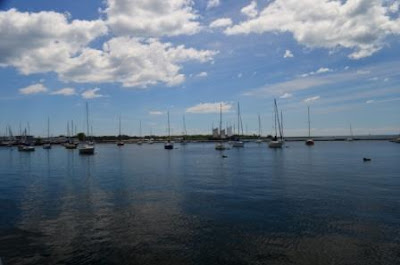 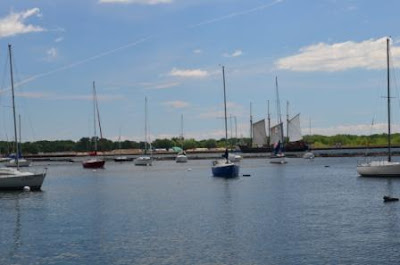 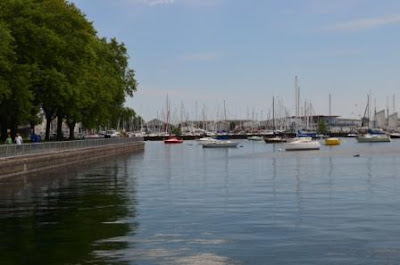 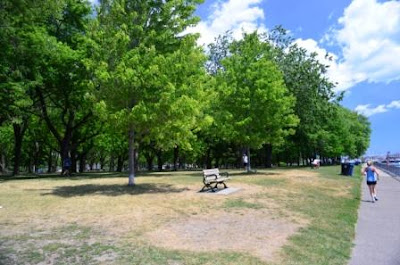 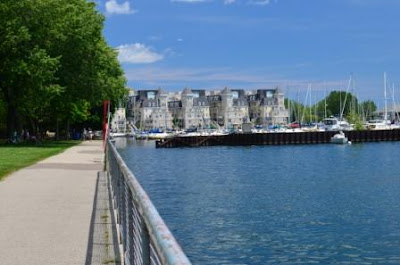 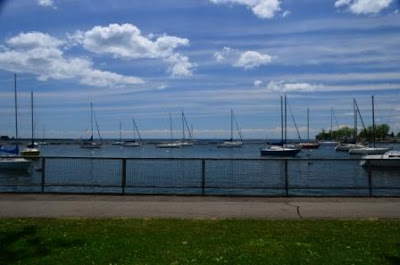 This guy had the right idea! 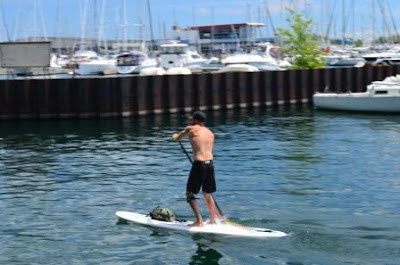 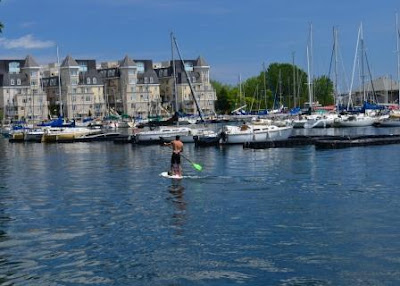 There is a big off leash area for dogs in the SE corner but there were none in it. 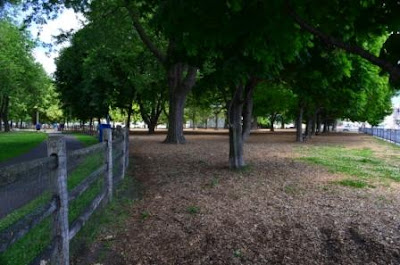 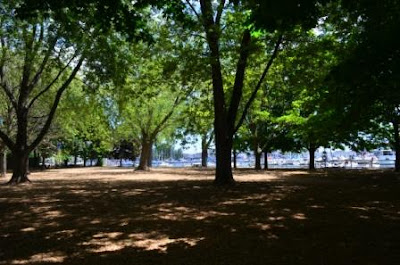 On our way home, we passed by the Princes' Gates, which were officially opened by Princes Edward, Prince of Wales (later Edward VIII), and George (later the Duke of Kent), on August 31, 1927. 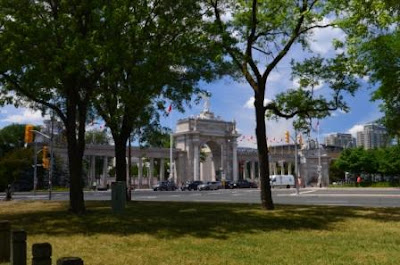 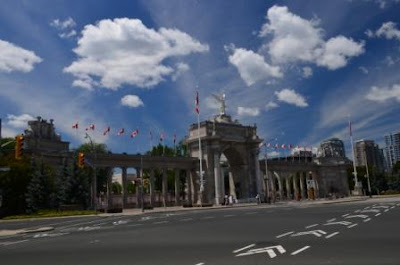 Here's the view of the CN Tower at the entrance of Fort York. 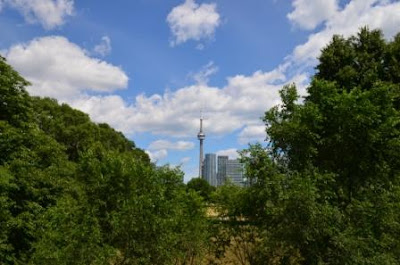 And just north of the entrance overlooking the tracks. 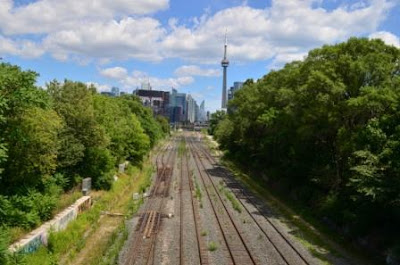 By Teena in Toronto at 2:30 pm
Email ThisBlogThis!Share to TwitterShare to FacebookShare to Pinterest
Label(s): Toronto

Looks like you had lovely weather this weekend. It rain the entire time here.