This evening I attended an event sponsored by the Writers Guild of Canada ... Matt Watts interviewed Bruce McCulloch.

Writers Talking TV features Kids in the Hall’s Bruce McCulloch with his comedy series "Young Drunk Punk" on September 24. Bruce is the series’ creator, showrunner and one of its stars. Fellow writer Matt Watts will talk to Bruce about his thoughts about creating TV comedy, and the evening includes an audience Q&A.

Tickets were free and the event was sold out. 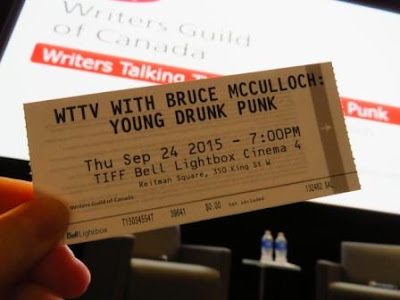 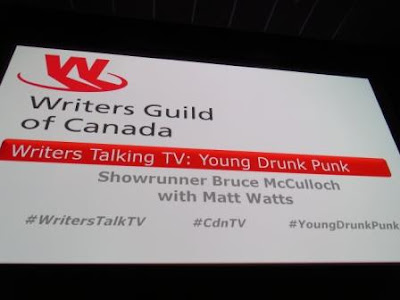 I got a great seat ... in the front row right in the centre.

Bruce talked a bit about his days with Kids in the Hall (I was a fan and watched their show in the late 80s/early 90s ... I went to their 2015 tour in April at the Danforth Music Hall) and about his book, Let's Start a Riot (which coincidentally I read a couple weeks ago).  Most of the focus was on writing for TV.  They showed an episode of Young Drunk Punk (The Clash is Coming).  And it ended with Bruce taking questions from the audience. 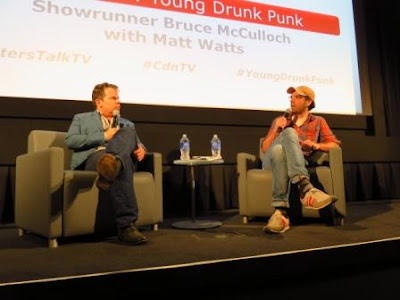 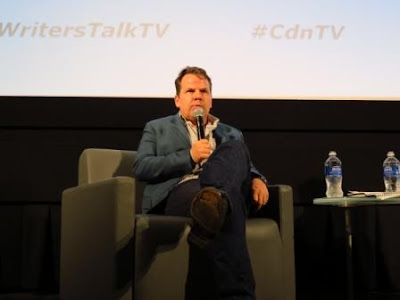 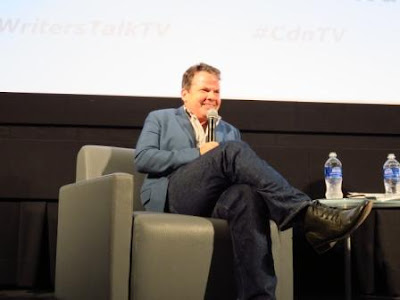 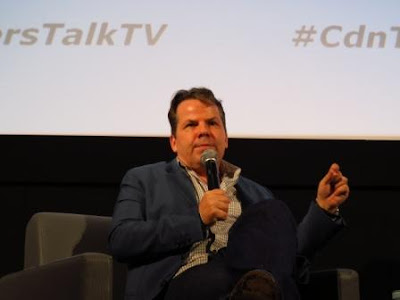 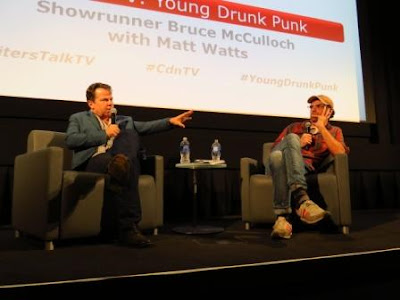 It was a fun and interesting evening!
By Teena in Toronto at 9:00 pm
Email ThisBlogThis!Share to TwitterShare to FacebookShare to Pinterest