Before the Toronto Rock game tonight, Gord and I had supper at the Tilted Kilt on the Esplanade.  I'd been to the one in Las Vegas in October and enjoyed it. 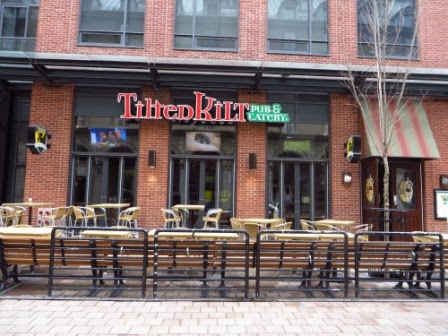 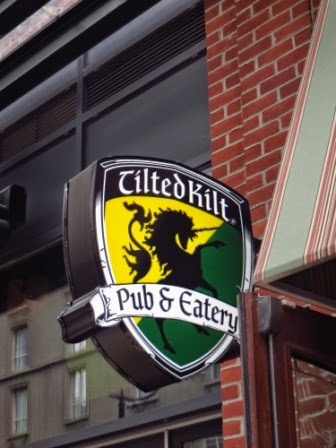 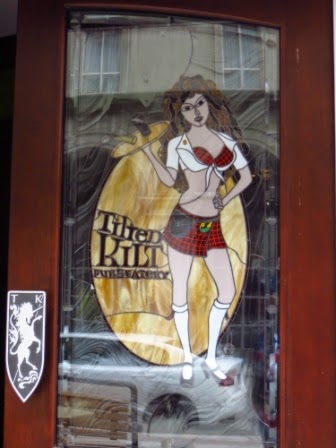 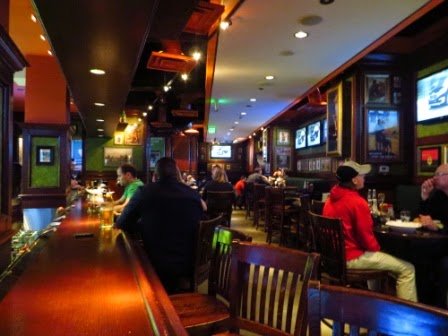 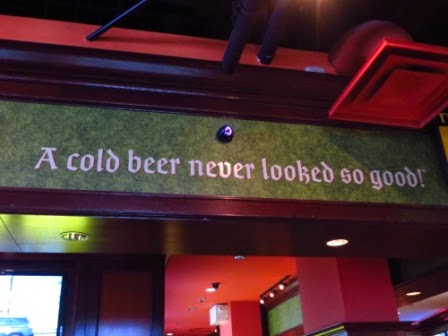 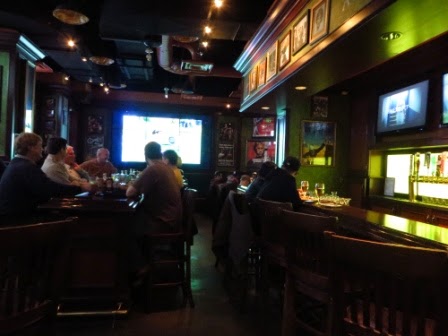 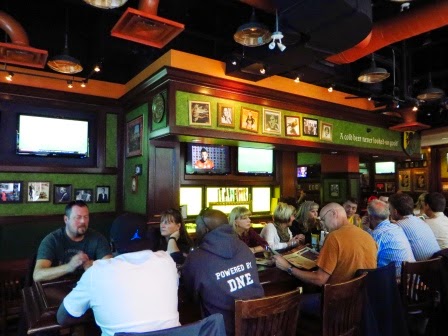 Gord had the pasta special ... Pesto Alfredo Penne with Chicken (it came with garlic bread).  He said it was very good and he'd get it again. 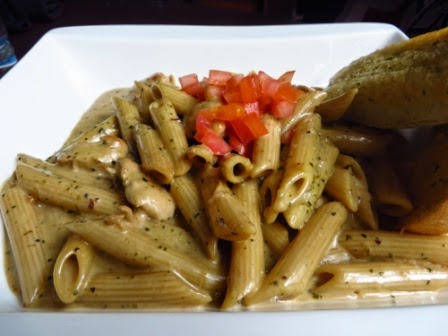 I ordered the Chicken Fried Chicken (minus the veggies).  It was good and I'd get it again.  It was light on the gravy, though, so I asked for extra (which it turned out they charged me $1 extra for).  The gravy was tasty but was more like a sauce rather than a gravy so that's probably why I needed extra ... plus it was "covered" as in the description, more like dipped. 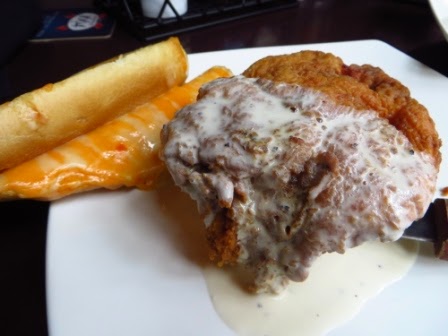 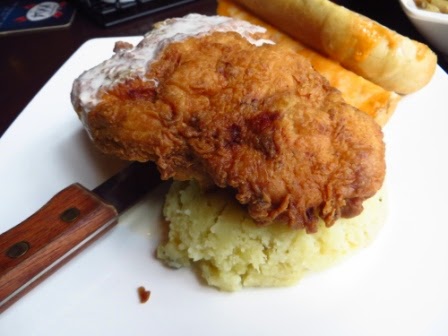 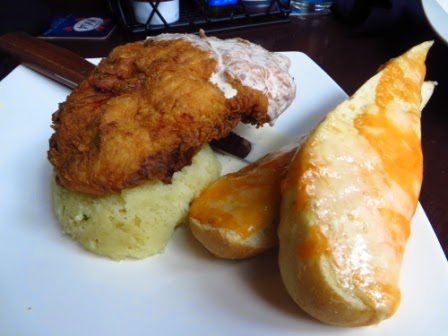 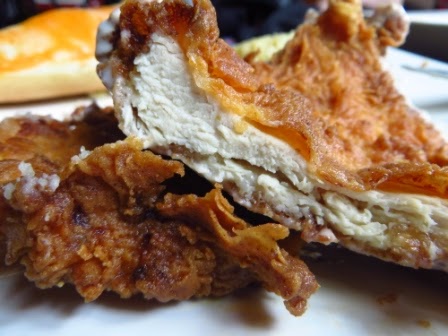 Molly was our server.  Though Gord's beer order got mixed up, she was friendly and took good care of us.

By Teena in Toronto at 6:30 pm
Email ThisBlogThis!Share to TwitterShare to FacebookShare to Pinterest
Label(s): Tilted Kilt Pub and Eatery Toronto ON