From Goodreads ~ With prospectors, trappers and whalers pouring into northwestern Canada, the North West Mounted Police were dispatched to the newest frontier to maintain patrols, protect indigenous peoples, and enforce laws in the North. In carrying out their duties, these intrepid men endured rigorous and dangerous conditions.

On December 21, 1910, a four-man patrol left Fort McPherson, Northwest Territories, heading for Dawson City, Yukon, a distance of 670 kilometres. They never arrived. The harrowing drama of their 52-day struggle to survive is an account of courageous failure, one that will resonate strongly in its depiction of human intelligence pitted against the implacable forces of nature.

Based on Fitzgerald's daily journal records, "Death Wins in the Arctic" tells of their tremendous courage, their willingness to face unthinkable conditions, and their dedication to fulfill the oath they took. Throughout their ordeal, issues of conservation, law enforcement, Aboriginal peoples, and sovereignty emerge, all of which are global concerns today. 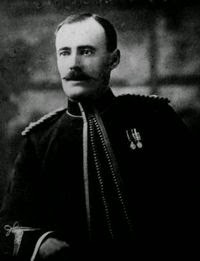 In late 1910, Inspector Frances Fitzgerald was selected for the contingent to be sent to George V’s coronation. To get him out of the north in time, it was decided that he would head the annual patrol that winter from Fort McPherson, Northwest Territories, to Dawson, Yukon, a distance of  about 670km/416 miles. Given the competitive spirit within the police, Fitzgerald apparently saw this trip as an opportunity to break the time record set by an earlier patrol. He therefore decided to lighten the load on his sleds by reducing food and equipment, confident that the quantities normally taken would not be needed.  It was expected that this trip would take about 30 days.

On December 21, 1910, Fitzgerald left Fort McPherson with three other constables. From the beginning, the patrol was slowed down by heavy snow and temperatures as low as −62C/-80F.  They got lost and nine days were wasted searching for their route. With supplies dwindling, they started heading back towards Fort McPherson.

Gord had finished this book last week.  He said it was interesting and that I would enjoy it ... and he was right.  I like reading true stories and this one is that of survival in the most extreme conditions.

Despite the nature of this story, I enjoyed the writing style.  Given the subject matter, it could have been a dry fact-driven book but I think the author did a good job in expressing the excitement and then the despair on the trip.  It was an excellent book and one that I would recommend.

It is the true account of their journey on three dog sleds, based on Fitzgerald's daily diary.  Every day starts with the noting of the temperature and the weather conditions.  I don't mind winter and snow but I'm not a fan of the cold ... the extreme temperatures these four men endured is mind blowing.  Some days with the windchill it went down to about -90C/-130F.  The men ended up frostbitten, their skin turning black and falling off in places.

They failed because they didn't bring along enough supplies (they assumed they would be able to kill and eat wildlife along the way) and they didn't have a guide with them.

Admitting defeat, Fitzgerald wrote in his diary on January 17 ...


"Carter [one of the constables who was confident he knew the way] is completely lost and does not know one river from another.  We have now only 10 lb of Flour and 8 lb of Bacon and some dried fish.  My last hope is gone ... " 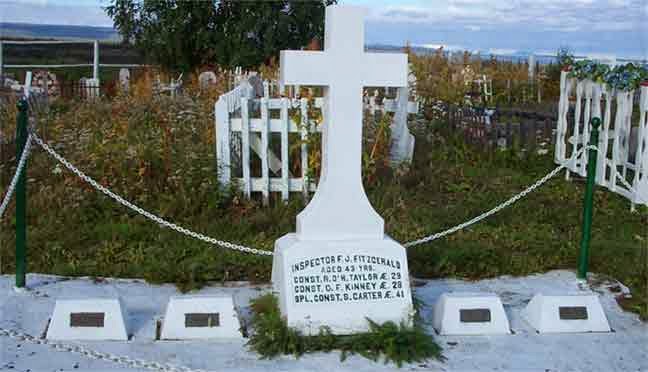