I've been a fan of Great Big Sea over the years and have seen them many times in concert.  I read Where I Belong, a memoir by Alan Doyle, the lead singer, last week and enjoyed it.

This evening he was at the Bram & Bluma Appel Salon in the Toronto Reference Library and Gord and I went.

Singer-songwriter and front man of the great Canadian band Great Big Sea, Alan Doyle was destined to become a renowned musician. He joins Toronto Star's Peter Howell to discuss "Where I Belong", his memoir of growing up in the tiny fishing village of Petty Harbour, Newfoundland, and then taking to the world stage. 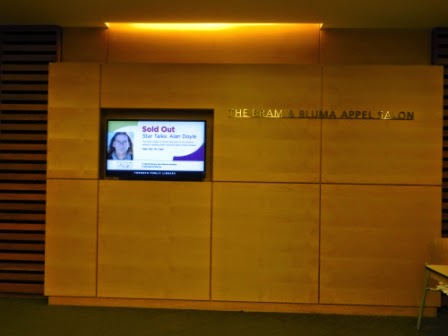 The salon can accommodate 575 people and it was sold out (tickets were free).  We sat in the third row. 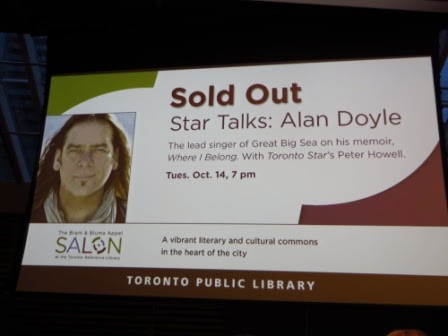 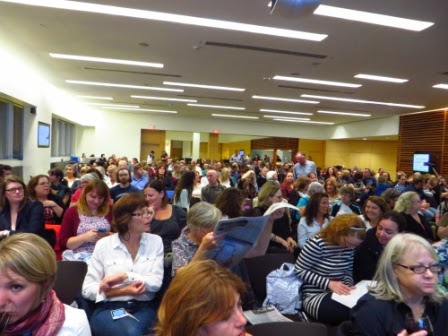 His book was released today (I'd read a ecopy from Netgalley) and you could buy copies. 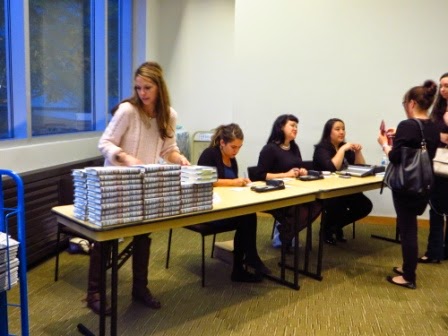 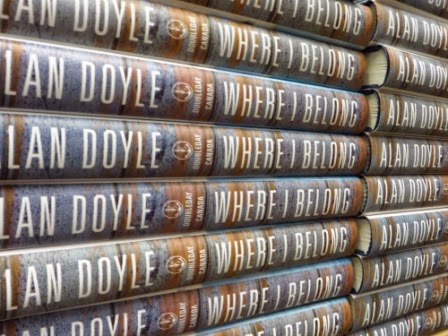 Peter Howell, a movie critic from the Toronto Star, interviewed him.  Alan told stories from his book about growing up in Petty Harbour, about being in Great Big Sea, becoming friends with Russell Crowe and having a part in Robin Hood, etc.  There was period afterwards where people from the audience could ask him questions.  There was no short answer to any of the questions :)  He was funny and entertaining and seems like a down-to-earth fella to hang out with. 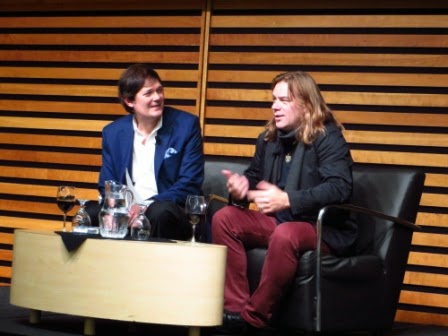 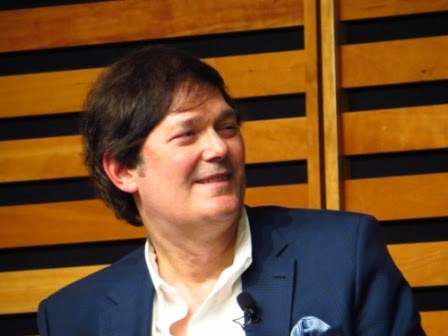 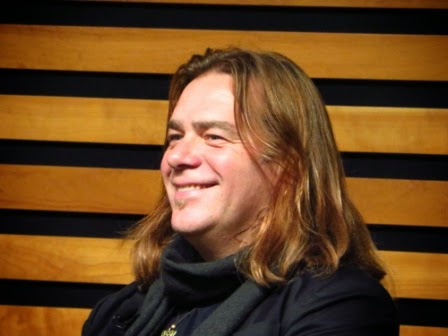 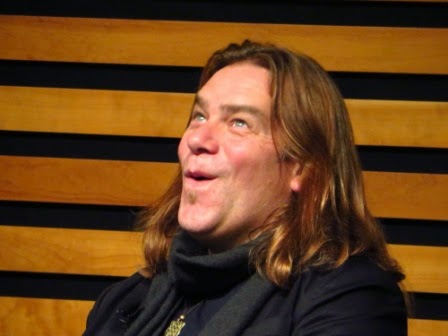 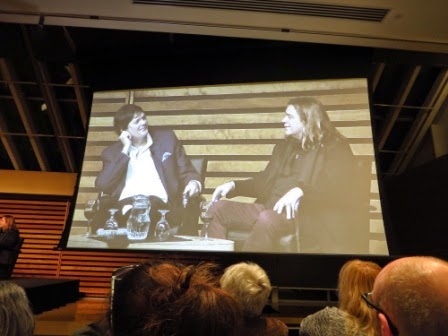 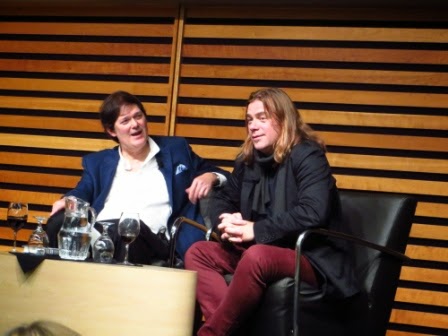 Afterwards he signed copies of his book and CD and was chatty and approachable. 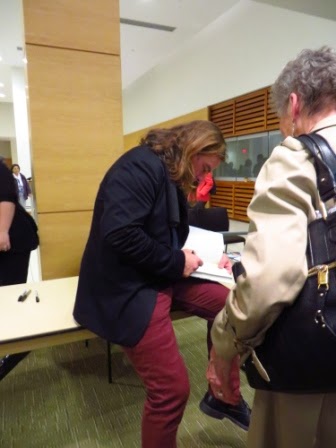 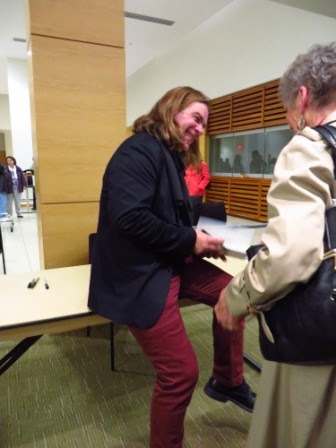 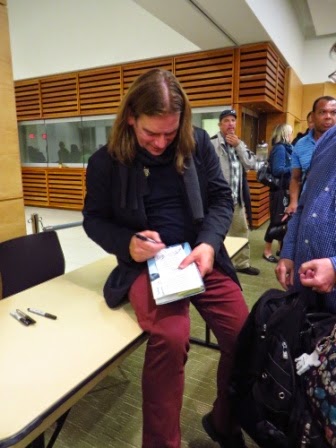 By Teena in Toronto at 8:30 pm
Email ThisBlogThis!Share to TwitterShare to FacebookShare to Pinterest

That is so cool. I would have gone to see him, too.

Sounds like a great evening. What a nice man.