Charles Thomas "Stompin' Tom" Connors, OC (February 9, 1936 – March 6, 2013) was one of Canada's most prolific and well-known country and folk singer-songwriters. Focusing his career exclusively on his native Canada, Connors is credited with writing more than 300 songs and has released four dozen albums, with total sales of nearly 4 million copies. Connors died at age 77 in his home in Ballinafad, Ontario on March 6, 2013.

His songs have become part of the Canadian cultural landscape. Three of his best-known songs - Sudbury Saturday Night, Bud the Spud and The Hockey Song - play at every home game of the Toronto Maple Leafs hockey team. The Hockey Song is played at games throughout the National Hockey League.

There was a birthday tribute for him tonight at the The Olde Eton House on the Danforth and Gord and I were there. 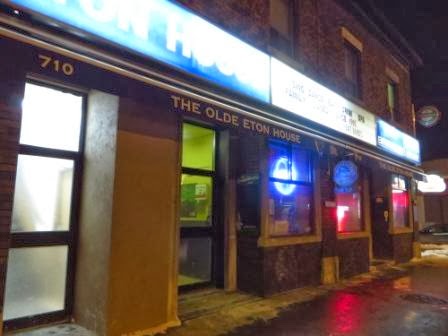 The event was sold out and there were about 200 of us paying tribute to Stompin' Tom.  There were even a couple busloads of people in from Peterborough. 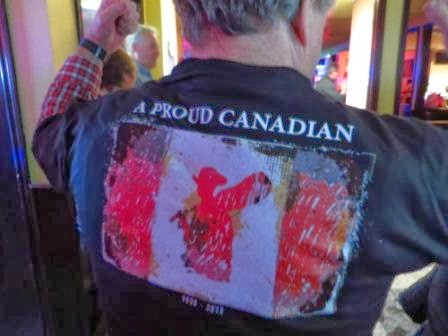 We sat at the bar. 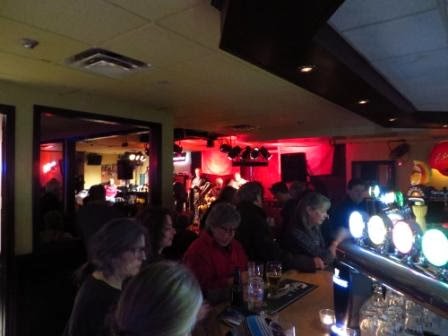 We met my friend, Darlene, there.


Seamus O'Reagan was the emcee. 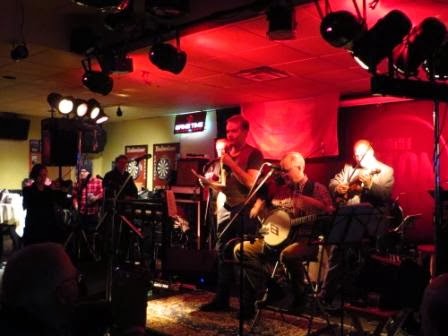 Whisky Jack was the house band for the night.  They were good! 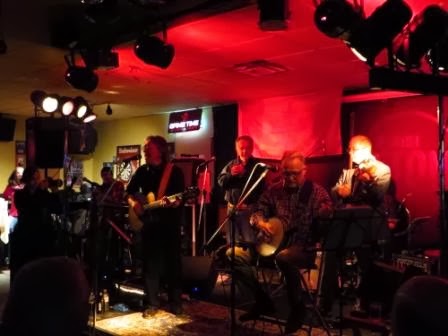 Stompin' Tom alumni and special guests paid tribute singing his songs and other Canadian songs including ... 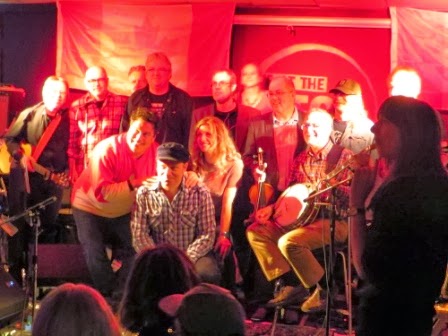 There was a birthday cake made of cupcakes.  Yum! 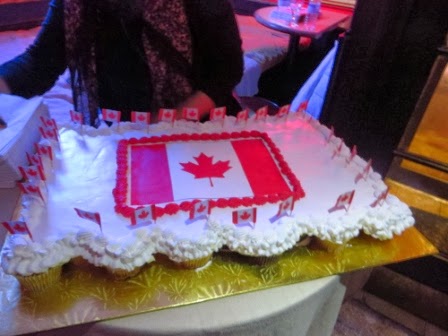 It was a fun night and it was great to see so many Stompin' Tom fans out to celebrate his birthday!


By Teena in Toronto at 11:00 pm
Email ThisBlogThis!Share to TwitterShare to FacebookShare to Pinterest
Label(s): Olde Eton House Toronto ON

It was a fantastic night--folks from as far as Peterborough showed up to sing and cheer, and Remember Tom. Whiskey Jack were tight and in good voice and sounded great. The musical guests were terrific, Sean Cullen was hilarious ("I Love Poutine"), and the crowd was just full of fun and full of love for Tom and his music.