While walking around the BIG on Bloor Festival, Gord and I had a late lunch/early supper at Duffy's Tavern.  We like pubs and neither of us had been there before. 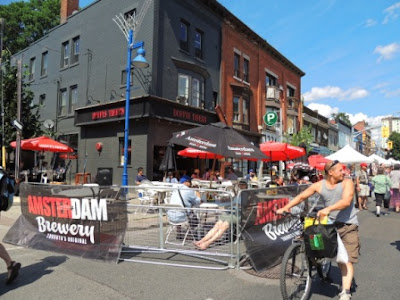 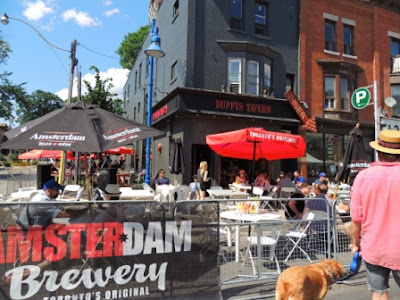 We sat inside where it was cooler. 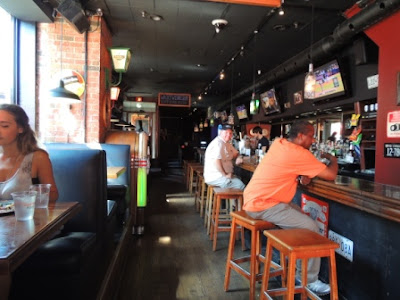 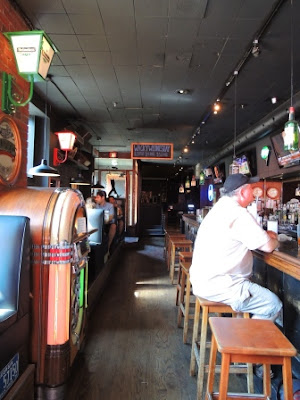 They had some cool stuff around. 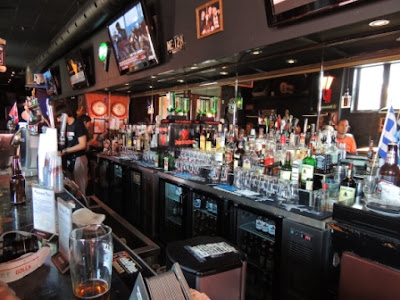 After walking around in the sun, my rum and Diet Coke tasted good! 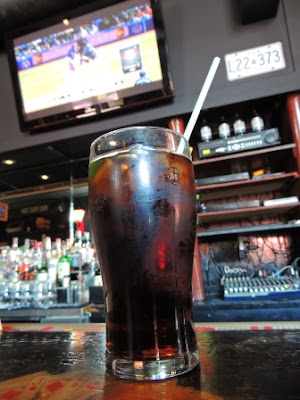 There was entertainment right outside their door (which sounded good). For some reason, they were cranking the tunes in Duffy's which made it hard to talk and enjoy both the outside and inside music when they were happening at the same time.  Huh?!

Gord and I split an order of macaroni & cheese.  It was bland and dry.   Plus the bread crumbs weren't cooked in the cheese.  The crostini was left out (though it's part of the description). 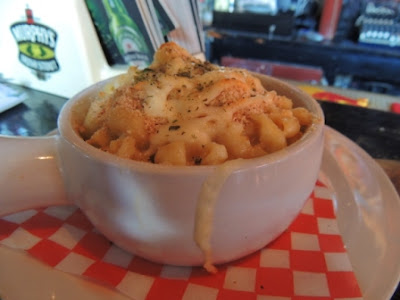 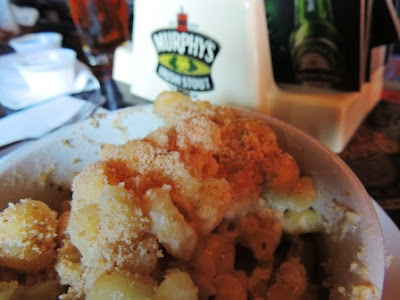 Gord and I both ordered wings.  Gord got his dry with Jack Daniel's Chili Peach Sauce on the side (it was good). 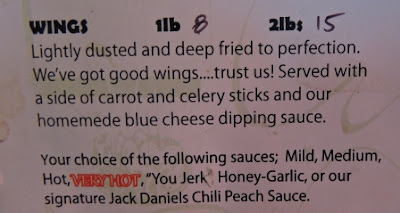 I ordered mine with medium sauce and they were good.  There was six wing for $8 but they were big wings. 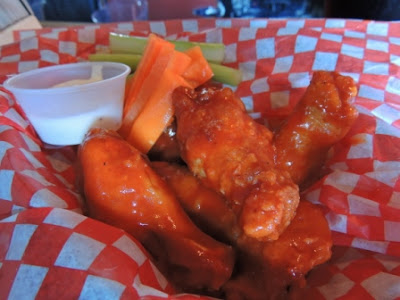 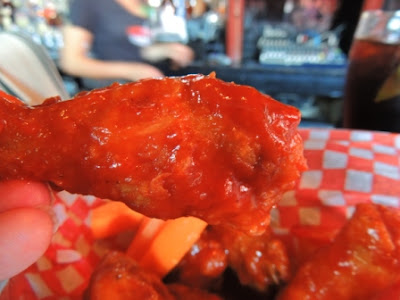 The service wasn't great.  I know it was busy because of the festival but they should have staffed up better.  We sat at the bar and at first the bartender was fairly attentive.  But after a while it was hard to get her attention to order another drink and something to eat.  Once we were finished eating, our plates sat in front of us for about a half hour (they should have been taken away so much sooner).  After I asked for our bill, it took about 15 minutes to get it.

If we are in the 'hood, we'll check it out again.

By Teena in Toronto at 6:00 pm
Email ThisBlogThis!Share to TwitterShare to FacebookShare to Pinterest
Label(s): Duffy's Tavern Toronto ON