Tonight was the Toronto Rock's 2013 home opener and Gord and I were there.  They were playing the Philadelphia Wings.  We started going to games last year and enjoyed them.

The Toronto Rock is a professional lacrosse franchise founded in 1998. They are members of the Eastern Division of the National Lacrosse League (NLL). 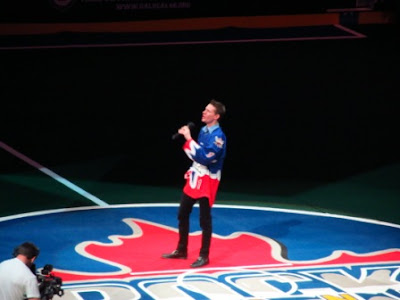 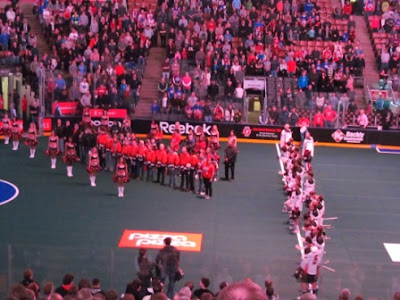 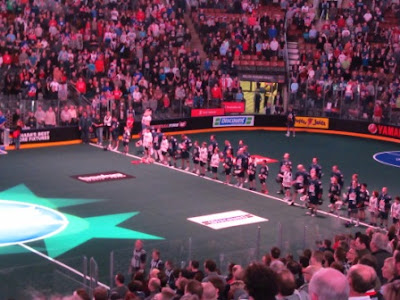 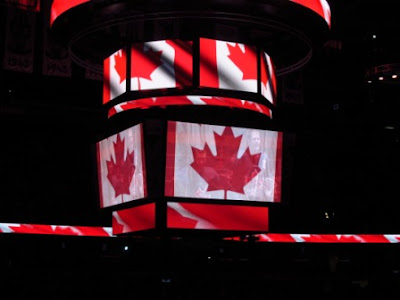 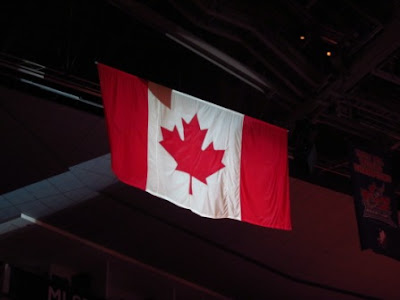 And the game started! 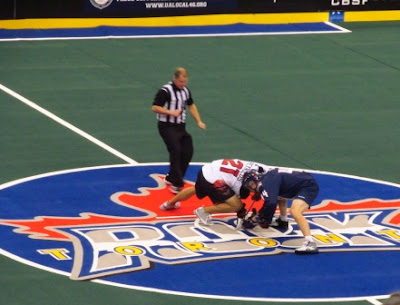 There was lots of action! 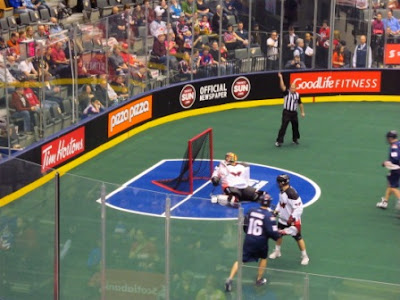 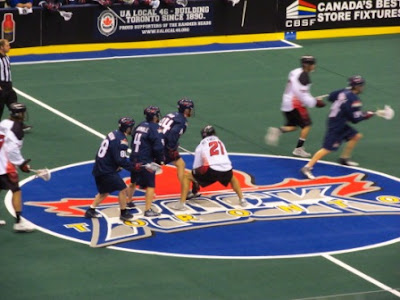 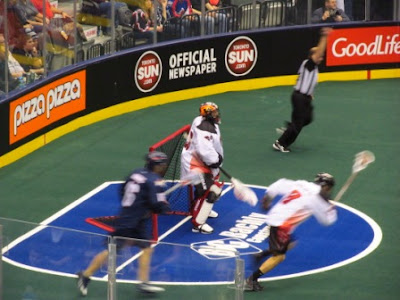 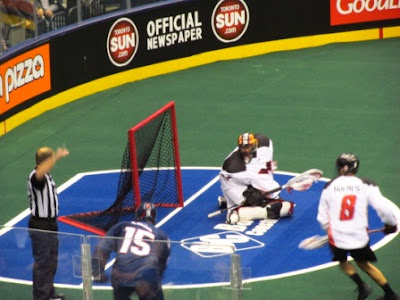 The Toronto Rock cheerleaders came out a few times to entertain. 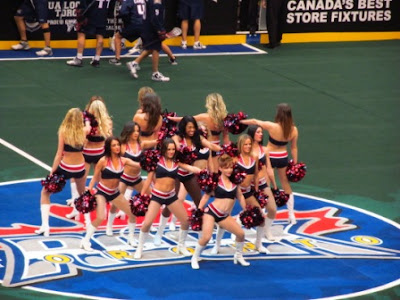 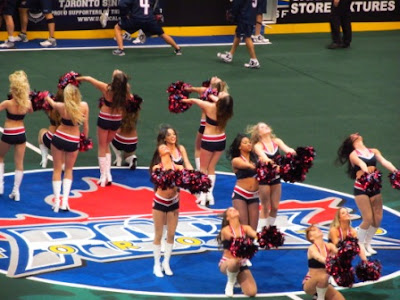 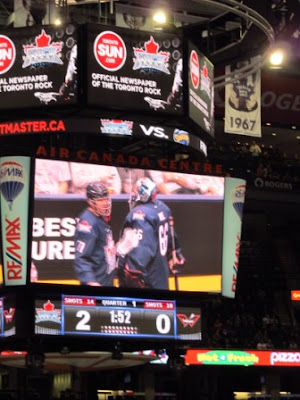 Look at the size of the Rock's goalie, Nick "Rosie" Rose, with his gear! 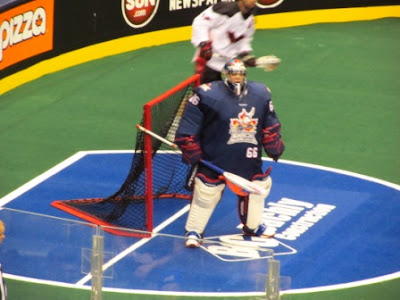 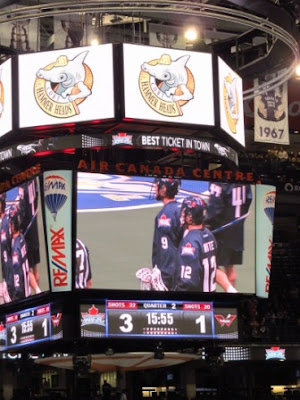 This kid was sitting in front of us and came back with an ice cream sundae on top of French fries.  Ewwww! 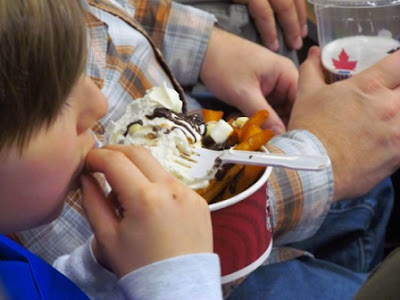 After the third quarter, the Rock were winning 5 - 3.  Whoohoo! 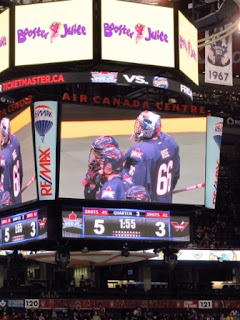 Our seats were great!  We were in row 24 in the red seats.  It was a great spot to see all the action but not too close. 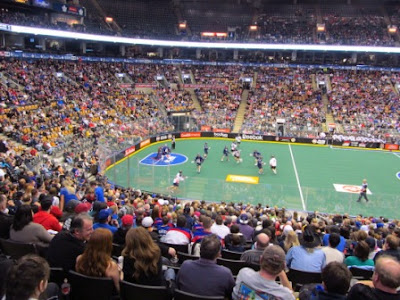 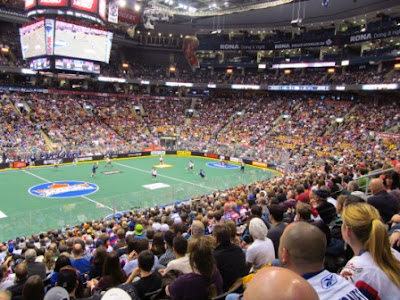 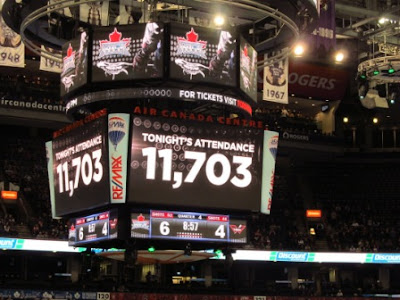 Iggy was doing it Gangham Style! 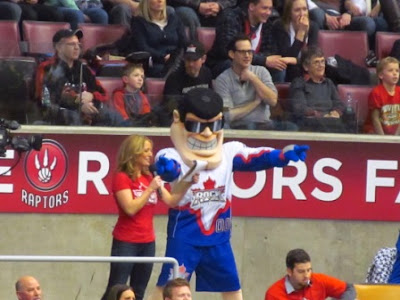 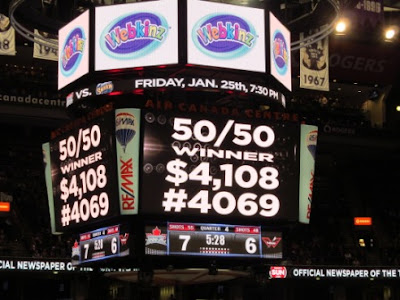 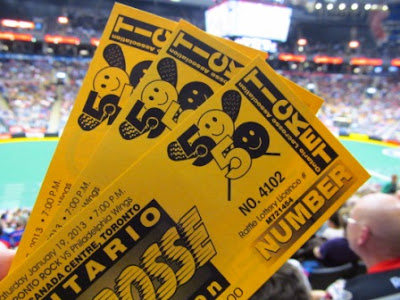 They have bus trips to the local away games in Rochester and Buffalo ... I bet they would be fun! 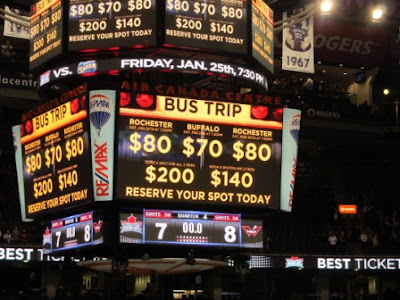 Toronto was winning all night but Philadelphia kept scoring and catching up.  With less than 11 second to go, Philadelphia scored and went on to win the game.  Boooo! 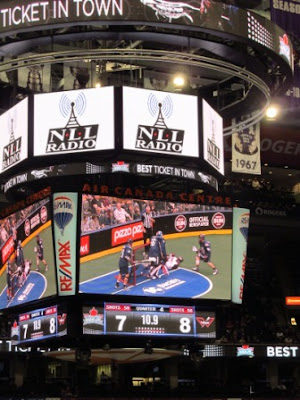 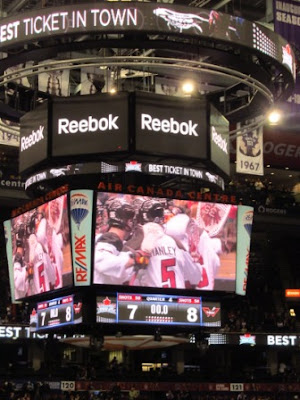 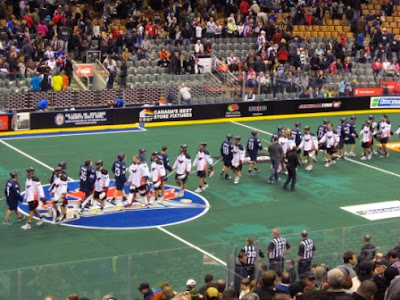 Here are Gord and I just before we left. 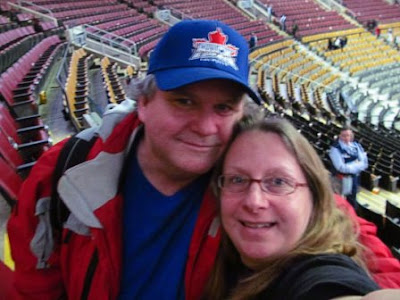 Despite the loss, it was a great game.  The Rock fans are extremely enthusiastic and love their team.
By Teena in Toronto at 10:00 pm
Email ThisBlogThis!Share to TwitterShare to FacebookShare to Pinterest
Label(s): Toronto Rock

Cool! Lacrosse hasn't really caught on here in the US...yet.