My friend, Trish and I did the Fort York After Dark Lantern Tour tonight.
Hear chilling and eerie tales on a lantern tour of Fort York and its historic surroundings 👻 Learn about a strange lighthouse and the bloody Battle of York. Explore the military burial ground. Tour the creepy shadows and 200-year-old buildings of Fort York at night and learn of the Fort’s history and its many unearthly mysteries.
There were a lot of attendees and we were split into three groups ... our guide was Colin, who was knowledgeable and interesting.  We were led around to different parts of the Fort and told stories about what had happened over the years ... how the British, Canadian and Aboriginal soldiers at the Fort tried to defend the town of York (now Toronto) when the Americans attacked in 1813, the burials and cemeteries, and more.  We were taken into some of the darkened buildings and told of mysterious unexplained sights and sounds. 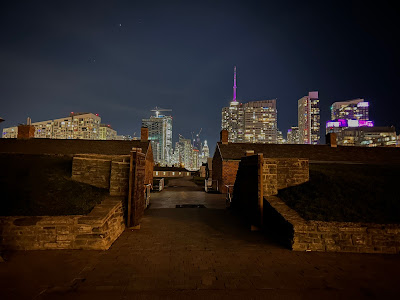 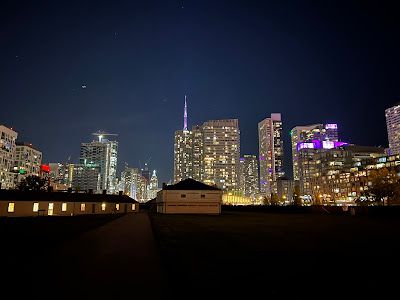 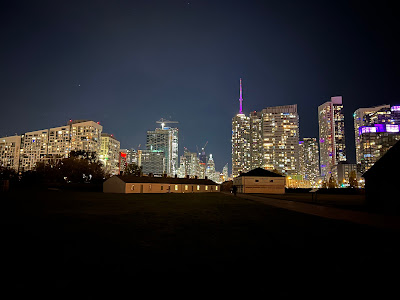 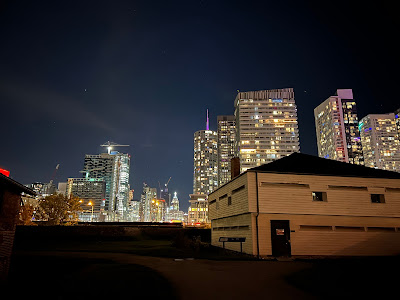 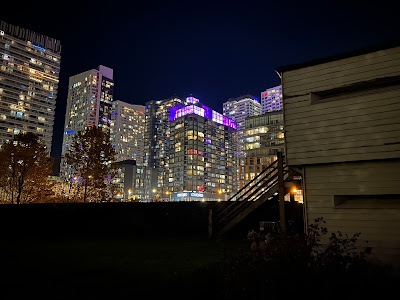 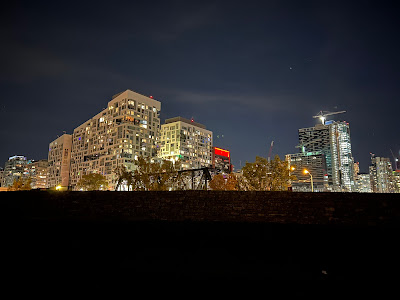 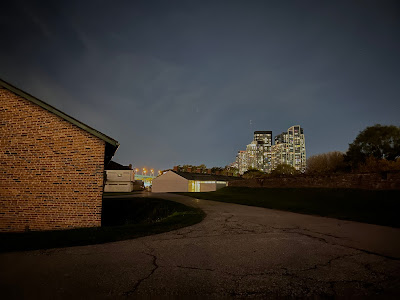 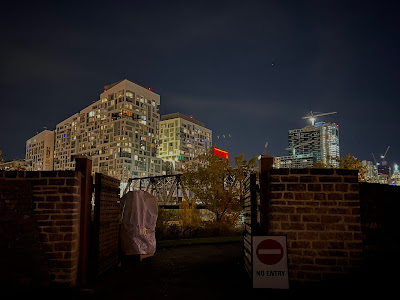 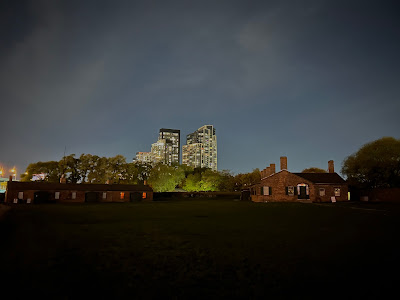 By Teena in Toronto at 9:30 pm
Email ThisBlogThis!Share to TwitterShare to FacebookShare to Pinterest