It has become a holiday to tradition for Gord and I to see his favourite Christmas movie, Die Hard, around this time of year.  A couple theatres used to show it but COVID put a pause on that last year.
Drunken Theatre put it on at The Revue Theatre last night and tonight (we went tonight) ... it sold out both nights.
40 Stories. 12 Terrorists. 1 Cop. 220 Drunken Cinema attendees. The odds are against John McClane ... That's just the way he likes it.

HO! HO! HO! Drunken Cinema is hosting a special “X-Mas” themed interactive movie game to celebrate the return to DIE HARD back at The Revue!

We will take you on a sleigh ride to Nakatomi Tower (A.K.A. Revue Cinema) to celebrate with John McClane and Hans Gruber!

Come and enjoy one of the most beloved Christmas films out there with your friends at Drunken Cinema!

There will be popcorn, a holiday themed pre-show and a themed cocktail!

*Customized game card and a glowstick is included in the price of admission.

We got in line at 8:30pm and were 7th and 8th.  Within minutes, the line-up was going up the street and around the corner.  Once they opened the doors, the line-up moved pretty quickly. 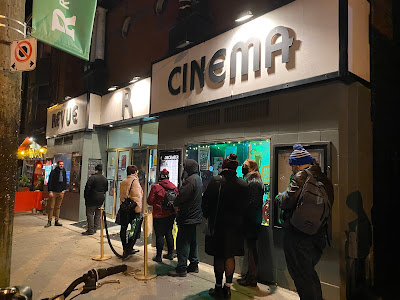 Before the movie started, there were old and new commercials and coming soons shown along with a 22 minute Tales From the Crypt Christmas episode from 1989 starring Mary Ellen Trainer, who was a reporter in Die Hard.  The movie started about 10:15pm. 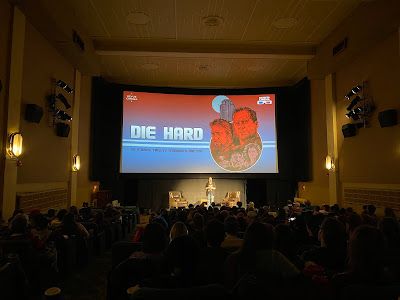 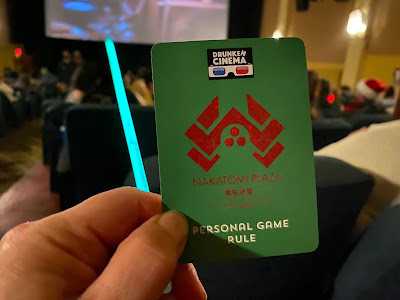 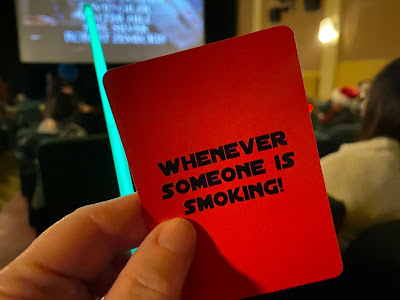 It was fun to see the movie on the big screen again!
By Teena in Toronto at 11:59 pm
Email ThisBlogThis!Share to TwitterShare to FacebookShare to Pinterest

How fun! What a great idea.