The Wheatsheaf, Toronto, ON

I've been to the the Wheat Sheaf many many times over the years.  They closed last summer for renovations and were scheduled to reopen on St. Patrick's Day as the Wheatsheaf Tavern ... and then COVID-19 arrived.  Their patio opened a couple weeks ago and are now the "Wheatsheaf Tavern".

The Wheatsheaf Tavern is the ultimate destination for classic tavern fare, live music, sports and whisky. Gracing the southwest corner of King and Bathurst as it has since 1849, our beloved neighbourhood classic has been thoughtfully restored with new energy and life, while retaining the magic and character of its iconic status. Whether you’re after a live show, specials during the week – half-price wings on Tuesday or wild card Wednesdays? – or catching up on the big game over a pint, The Wheatsheaf has something for you.

I'm off for the next two weeks so thought starting my vacation on the patio of the Wheatsheaf would be a good way to start. 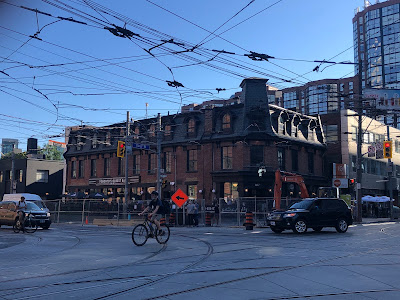 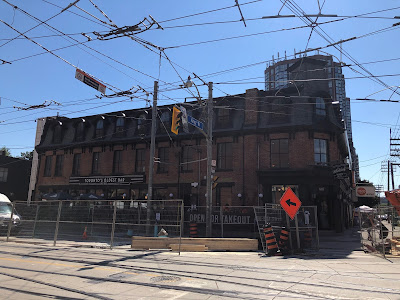 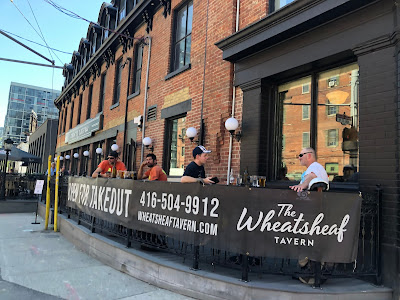 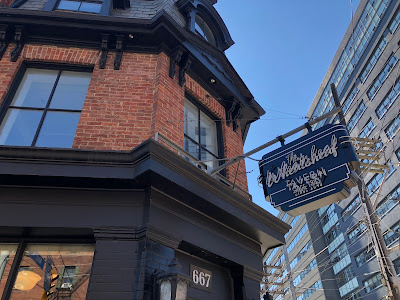 Though the layout is the same, it's nice but different inside ... 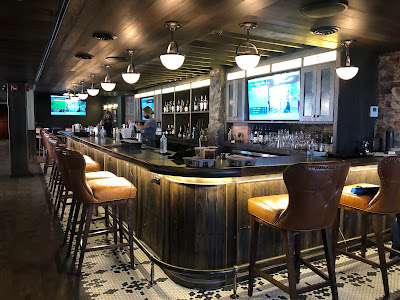 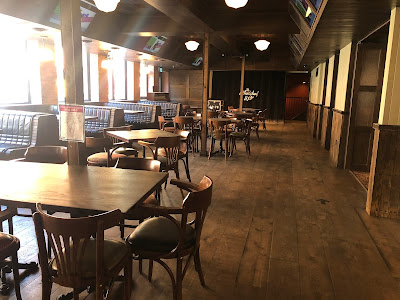 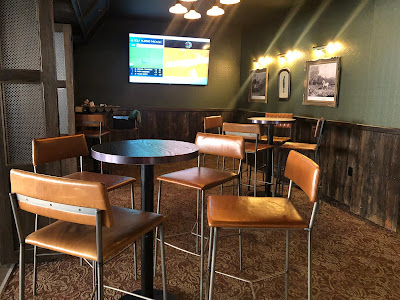 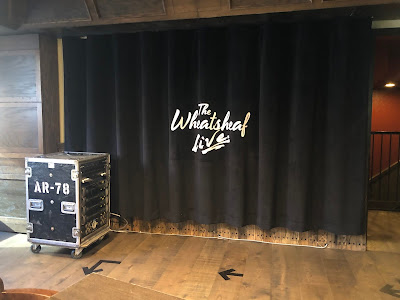 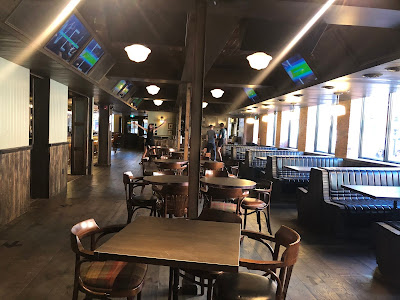 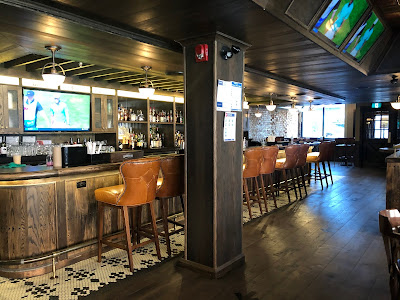 The patio was the same, though.  The beer selection is smaller and more pedestrian now ... no more Amsterdam, etc.  I had a Wheatsheaf lager, which is made by Molson. 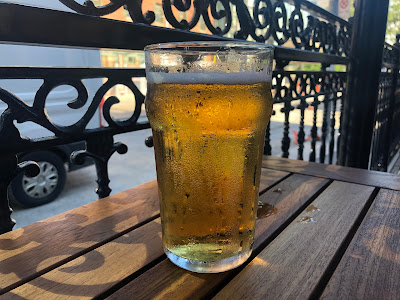 One of the draws to the Wheat Sheaf was their wings, especially half-price Sundays, Mondays and Tuesdays.  A pound of wings at the Wheatsheaf is now $16 and they are half-price only on Tuesdays.  A fella at another table had an order and $16 seems a lot for what he got.  I'd be inclined to spend the $16 on a burger and fries there.

The only time you can go inside is to go to the washrooms.  You have to wear a mask when you are inside.

The servers are wearing masks at all times, inside and out.  One server, though, was wearing theirs just covering their mouth and their nose wasn't covered.  Eek!  I was talking with them for a couple minutes and they are a toucher and unconsciously reached out to touch my arm ... and I weaved out of the way.

It's nice to see the Wheatsheaf open again!
By Teena in Toronto at 5:00 pm
Email ThisBlogThis!Share to TwitterShare to FacebookShare to Pinterest
Label(s): Wheatsheaf Tavern Toronto ON