The Fox & Fiddle, Hamilton, ON

I had lunch today at The Fox & Fiddle at the Lime Ridge Mall.  Despite sitting in the middle of the restaurant, against an inside wall and away from the door to outside, I found it chilly. 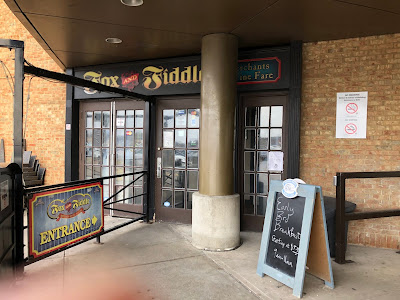 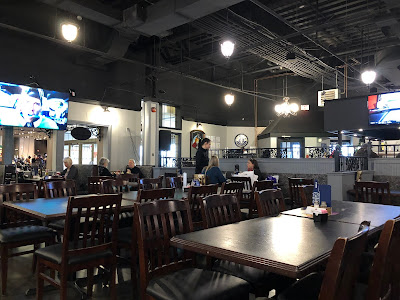 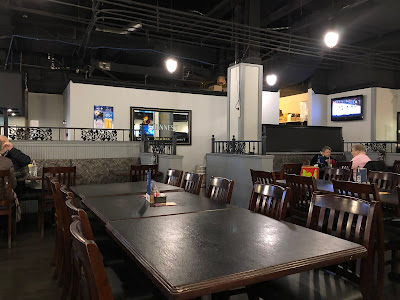 I love Chicken Parmesan and that's what I ordered.  I asked what the daily pasta was and was told that it was spaghetti because it's always spaghetti.  Kind of anti-climatic, right?  The garlic bread was cold ... it had obviously been sitting around for a while so I asked for it to be replaced.  The spaghetti was hot but loaded with pepper.  The chicken was okay but it looked a slice of mozzarella cheese had been put on it (the same cheese that goes on burgers?), heated briefly and it wasn't ooey gooey.  I wouldn't get this again. 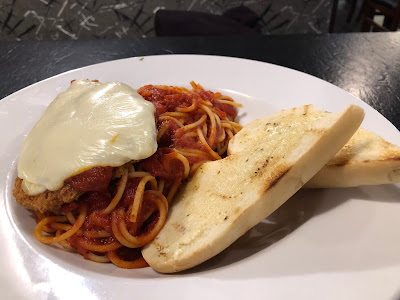 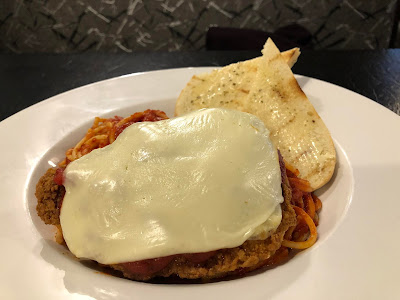 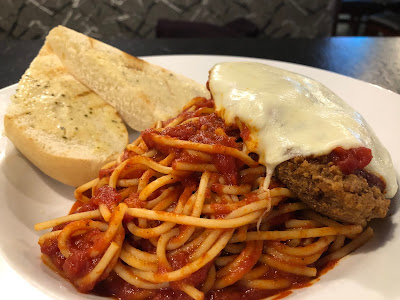 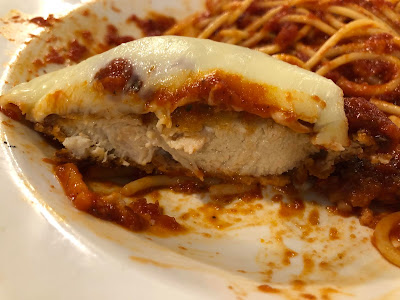 By Teena in Toronto at 12:30 pm
Email ThisBlogThis!Share to TwitterShare to FacebookShare to Pinterest
Label(s): Fox & Fiddle Hamilton ON

Eww, disappointing to say the least.