The Rec Room, Toronto, ON

After Gord and I visited the aquarium, we had lunch at the Rec Room.  It opened about six months ago. 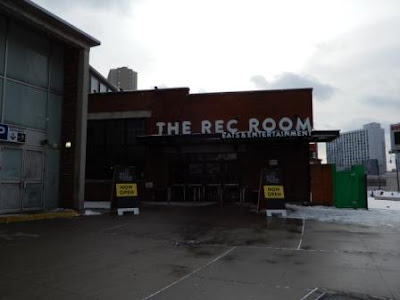 It is a huge space (over 40,000 sq. feet) with games, entertainment and a restaurant/bar (it will have a patio in the warmer weather). 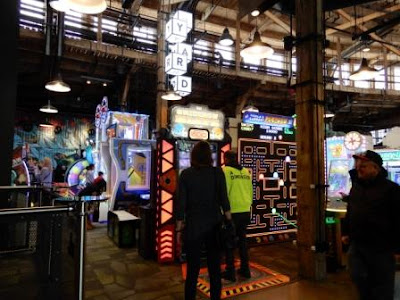 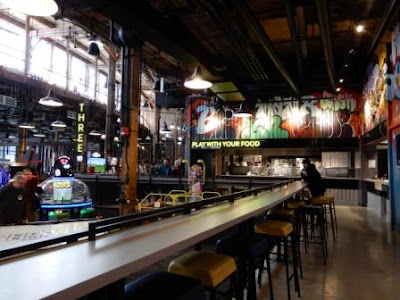 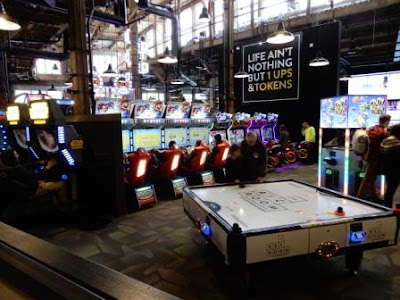 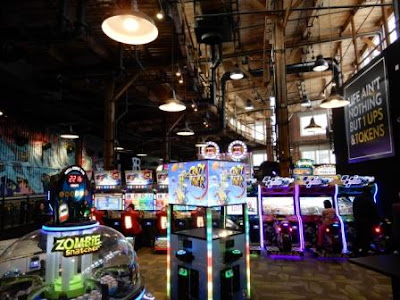 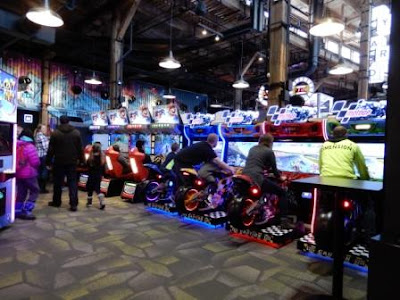 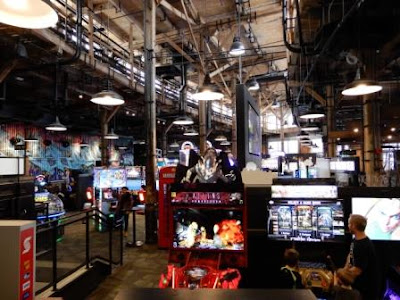 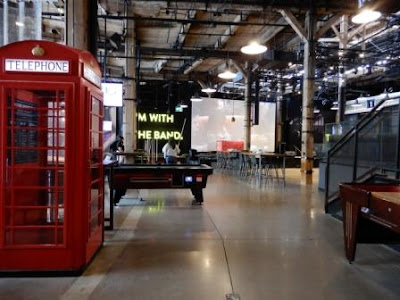 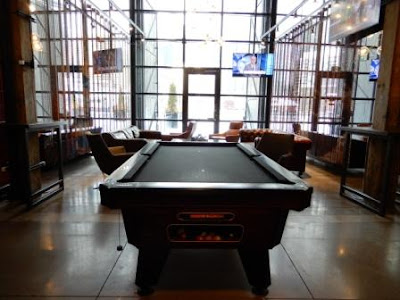 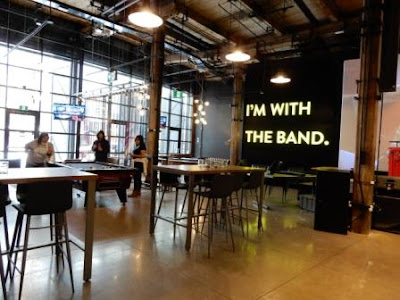 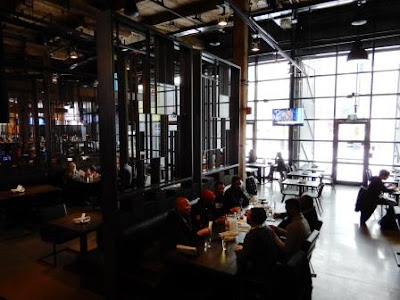 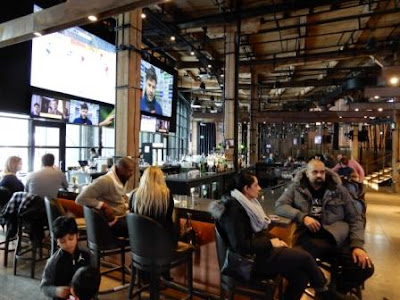 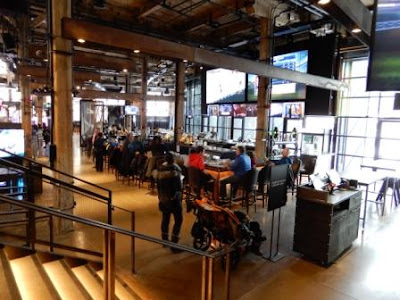 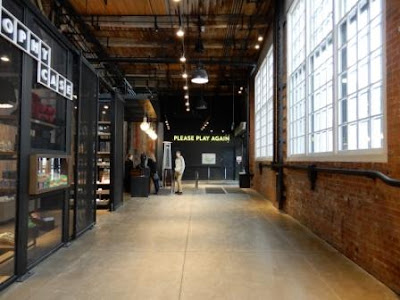 You buy a play card (using cash or Scene points) if you want to play the games.  Games started at four credits. 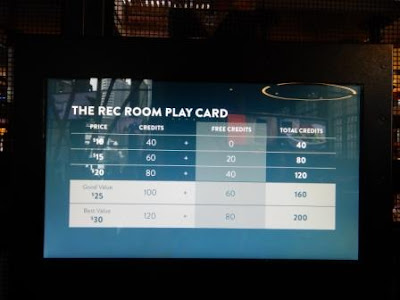 You can redeem your points for prizes. 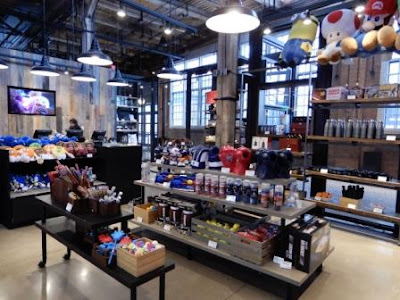 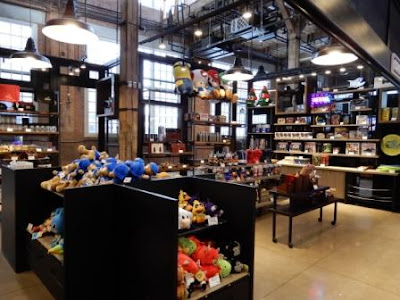 We sat at a table by some big windows.  There weren't a lot of people when we got there but it did get busier.  The noise level from the games was noticeable but not annoying ... our server said, though, it does get louder as it gets busier.  I found there was a funny smell throughout the restaurant (maybe mustiness because it's an old building?). 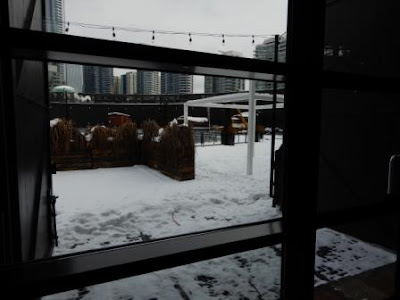 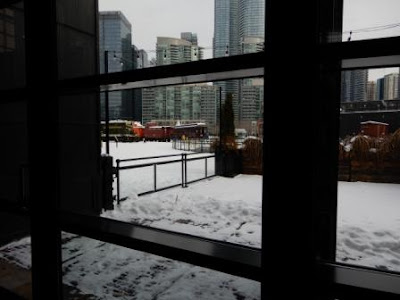 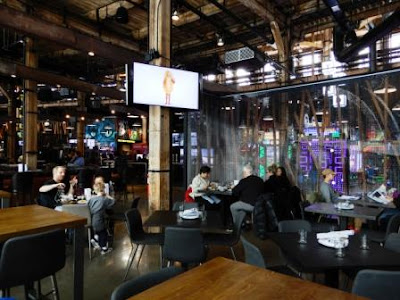 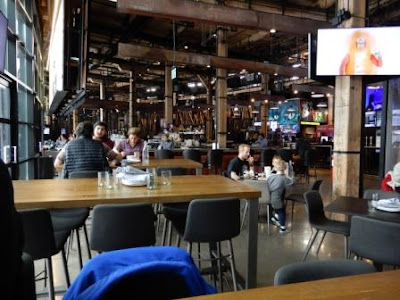 Gord ordered fish & chips.  He said it was good (it looked good) and he'd get it again. 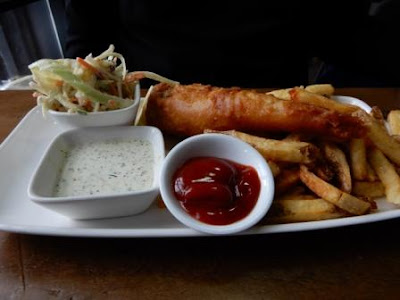 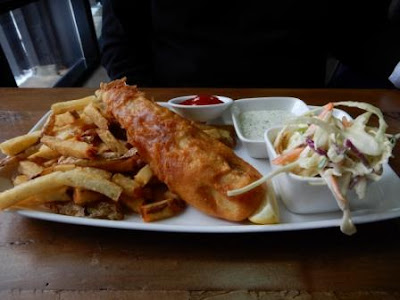 I ordered a chicken BLT (minus the lettuce).  It was a good sandwich and the chicken was moist and tender.  The fries were good too.  I'd get this again. 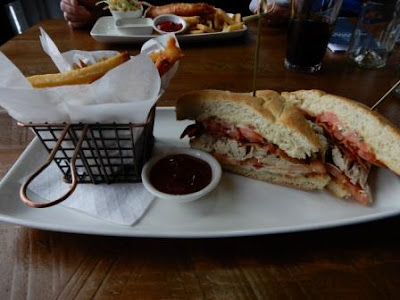 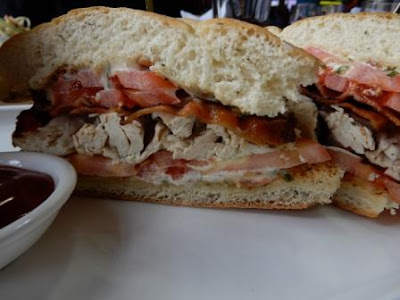 The food and beer aren't cheap ... a draught beer starts at $9 (plus taxes) for a local beer, which is about $7 elsewhere.  I thought my meal was reasonably priced but found other things on the menu priced high.  I guess things have a premium price because of the access to the games (I'm not a gamer).

Our server was friendly but he didn't check in with us between the time we ordered (I had to ask someone else for salt and pepper as there was none on any of the tables and someone else took away our plates) and when we wanted our bill.

The Rec Room wouldn't be a destination for me but I'd stop in to have a beer on the patio in the summer if I was in the 'hood.

By Teena in Toronto at 3:00 pm
Email ThisBlogThis!Share to TwitterShare to FacebookShare to Pinterest
Label(s): Rec Room Toronto ON