It's Doors Open weekend here in Toronto and this afternoon I checked out 159 Manning Avenue (just south of Dundas Street W).

The 18th annual Doors Open Toronto returns on Saturday, May 27 and Sunday, May 28, 2017, offering free and rare access to 150 architecturally, historically, culturally and socially significant buildings across the city. 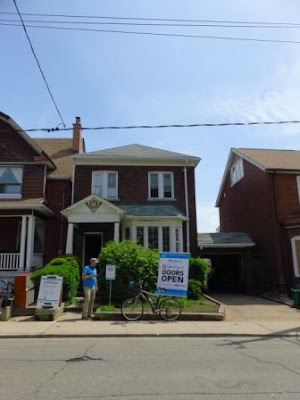 Building Description
Tim McCready hosts some of Toronto's most eclectic DIY events from the comfort of his home, turning his personal space into a performance venue, and creating unforgettable experiences in the process. For over 12 years, 159 Manning has been an important centre of cultural activity in Toronto. What initially grew out of friends moving to the city to play music and have the occasional get-together, has grown into well-known bi-annual 'house parties'. McCready's New Year's Eve and the summertime 159 Manning BBQ have featured Canadian and international top-tier and underground performers. 159 Manning was built between 1913 and 1920 and was originally owned by painter Richard Carter.

Visitor Experience
Visitors are invited to experience the legendary 159 Manning during Doors Open. There will be a fantastic roster of family-friendly musical artists from a wide range of genres. The backyard features a stage surrounded by a canopy of trees. Visitors are invited to view the library and an exhibition of the history of 159 Manning documented through concert posters, photographs and albums. Discover why 159 Manning is a hub for cultural activity in Toronto. Visit the special projects webpage for more details about the music programming at 159 Manning.

I'd never heard of Tim McCready or that he opens his house up for events but I thought that the fact that he does was worth checking it out.

Visitors were able to walk through the first level of his house to get to his back yard (I don't even invite people I know to my place! Ha!). 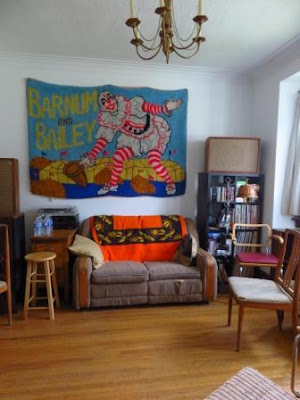 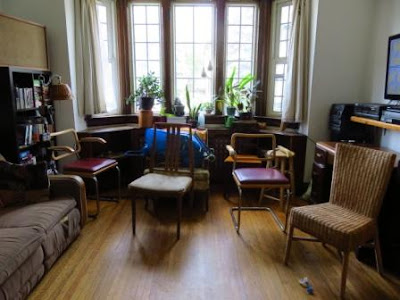 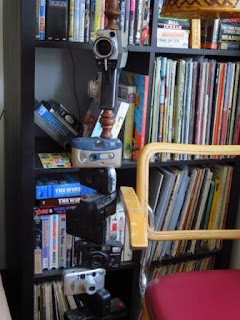 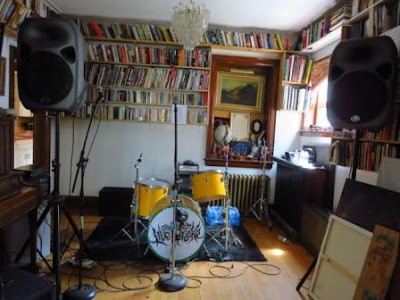 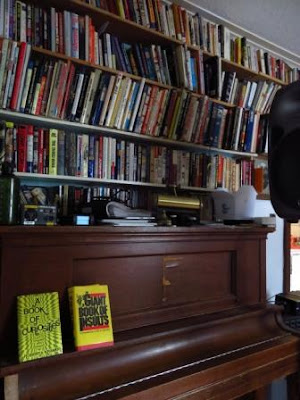 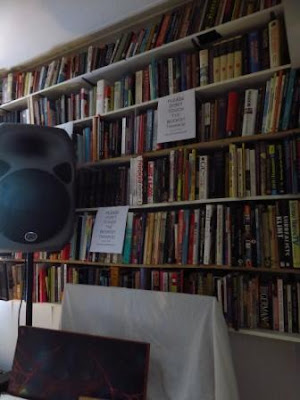 The backyard was set up with a stage and seating and there was music scheduled all afternoon.  Allie Sunshine started while I was there and she was very good! 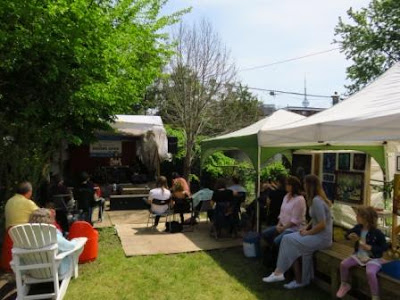 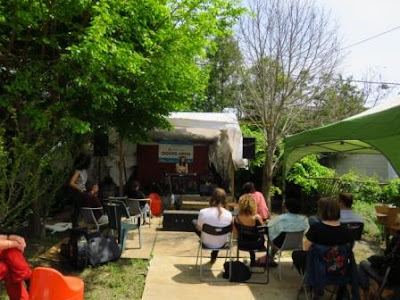 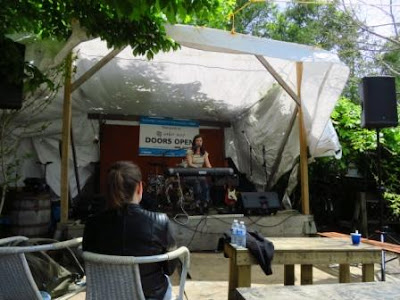 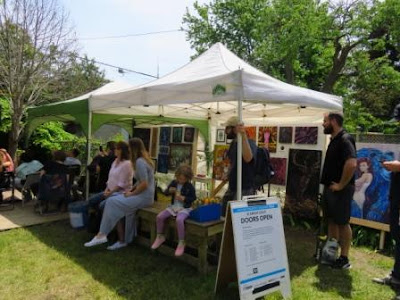 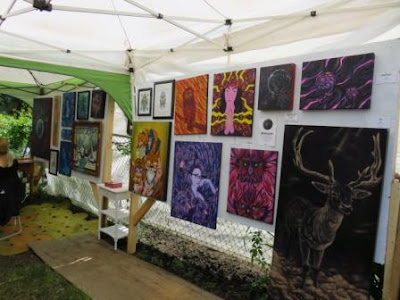 Thanks for letting us in, Tim!
By Teena in Toronto at 12:30 pm
Email ThisBlogThis!Share to TwitterShare to FacebookShare to Pinterest
Label(s): Doors Open