Steam Whistle Brewing organized the Roundhouse Winter Craft Beer Festival next to their brewery today ... and Gord and I were there.  They had organized a craft beer festival in the summer, which was fun.

The gates opened at 11am and the first 500 people through the gates received a Roundhouse Winter Fest toque.  Gord and I got in line at 10:58am and got a toque.  Score!  A guy in one of the beer line-ups later on offered me $20 for my toque ... no thanks! 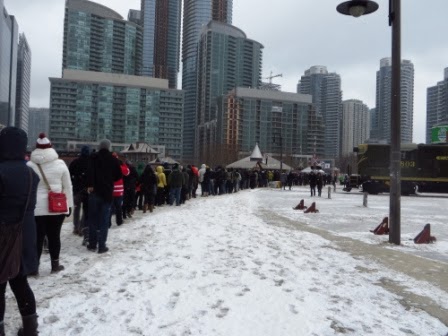 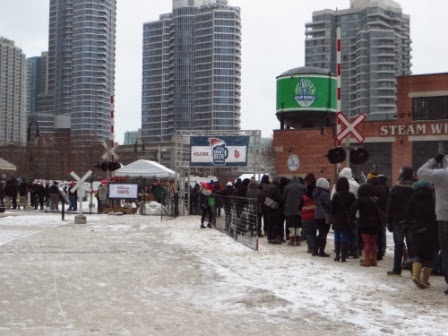 Advanced tickets were $20 and there was a limited amount available at the gate for $25 ... this got you into the festival and a sampling mug.  Sampling tokens were $1 each.  There were 15+ breweries to check out. 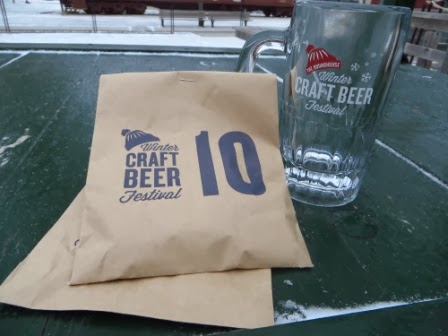 There were food trucks if you got hungry. 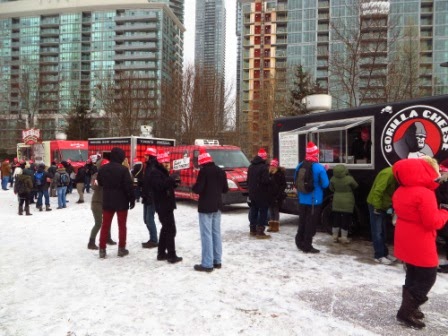 There were port-a-potties but also heated bathrooms.  Or you could use the bathrooms at Steam Whistle. 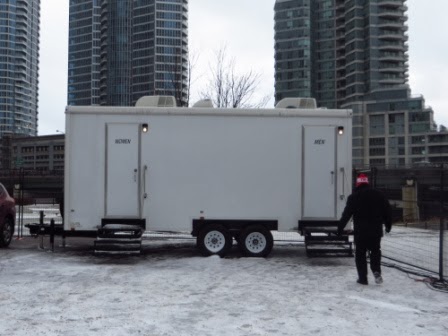 A DJ played tunes all afternoon. 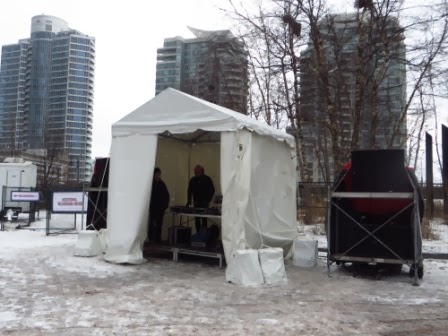 I like beer but I like a more mild tasting beer (the hoppier, the better for Gord!).  I had beer from Amsterdam Brewery.

I also had beer from Steam Whistle. 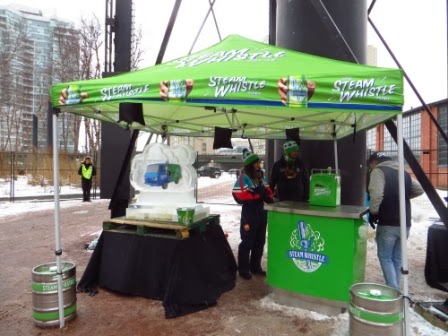 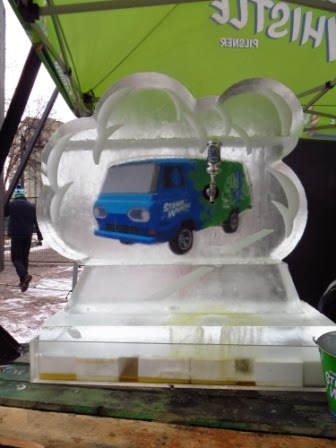 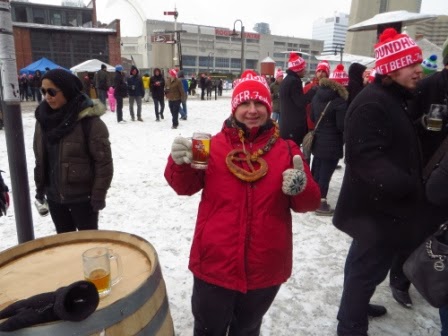 I also had some Mill Street Organic. 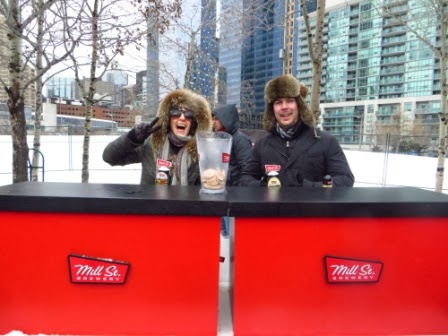 There was a good crowd.  It was really cold (my toes were frozen!) and many were gathered around the heaters and fires. 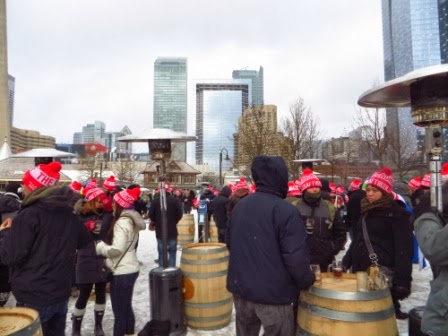 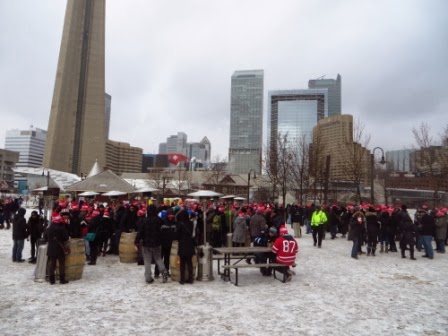 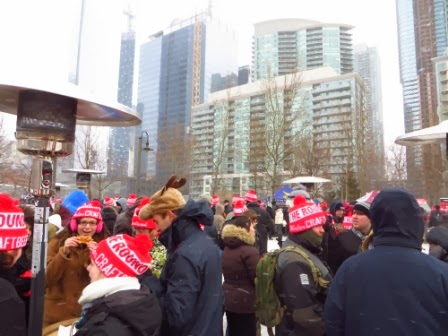 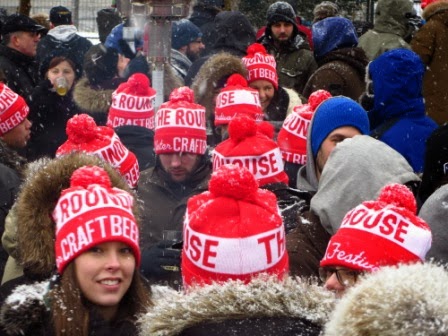 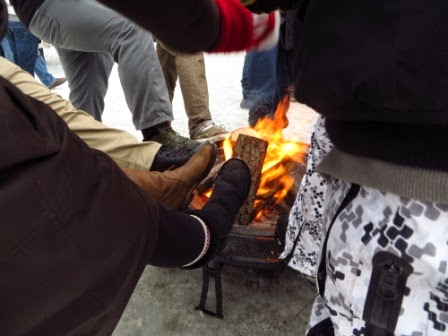 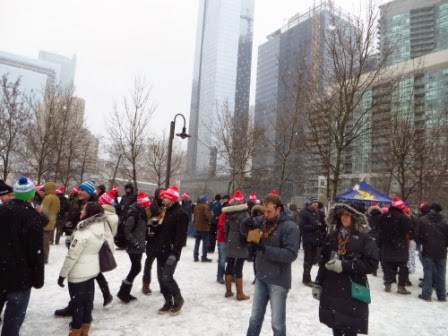 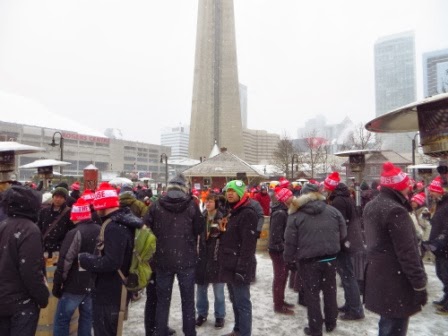 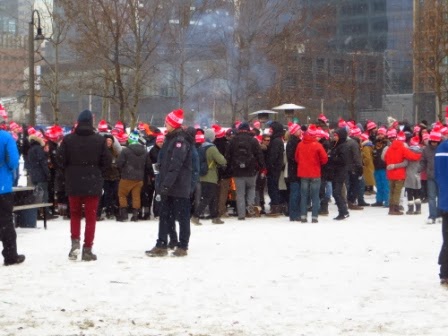 My pal, Darlene, and Christine arrived about 12:30pm (Darlene was getting another couple of foster kitties and had to wait for them to be dropped off) ... I hadn't seen them since the beer festival in August.


It snowed a few times ... but that made it even more Canadian! 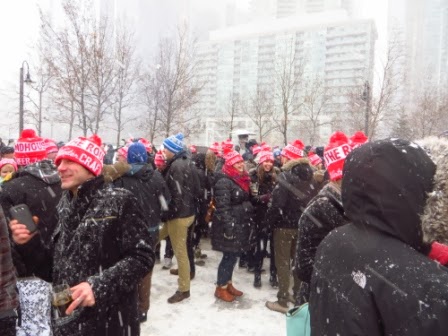 When it got too cold, there were a couple places you could warm up ... in the Don building (which was jammed but oh so hot!) and the brewery. 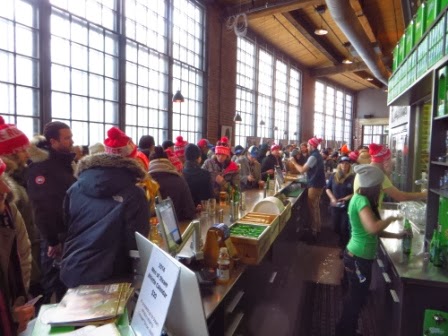 This was the first winter craft beer festival and apparently not the last.  I hope not because it was a lot of fun!

Update:  Here's a crowd shot from the top of the brewery ... the fuscia square is Gord, Darlene, Christine and I. 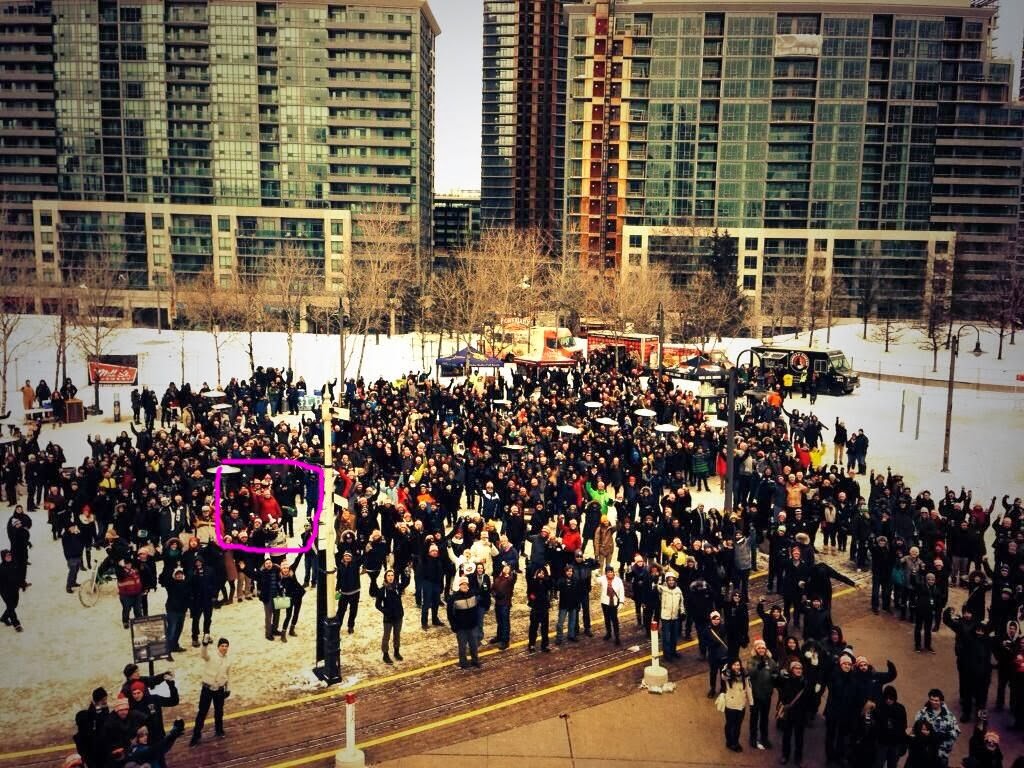 By Teena in Toronto at 4:00 pm
Email ThisBlogThis!Share to TwitterShare to FacebookShare to Pinterest
Label(s): Beer festivals, Toronto

I love events like this - although it looks mighty chilly!

Chilly doesn't describe how cold it was :)