Gord and I did a tour of Black Creek Pioneer Village ... it was a Single Horizons event.

Black Creek Village is set on 30 acres of rural landscape in the NW corner Toronto at Sheppard/Jane. It includes 40 heritage buildings each outfitted entirely with period furniture, tools and household items. It also includes a farm, with heritage breeds of livestock, a working mill and twelve beautiful gardens where numerous heritage varieties of plants and vegetables are still cultivated.

The first European pioneers on the land were Daniel and Elizabeth Stong who, in 1816 began their married life together here in rural York County. The original land grant had been issued to Elizabeth’s parents, Catharine and John Fisher in 1796. John died before the land was cleared and their son Jacob inherited the property. He, in turn, died of camp fever during the War of 1812 and the land grant passed to his sisters.

Clearing the land, they built their first home, a small log house. A large grain barn, piggery, smoke house and finally a larger home were added over the next few years. Their family grew, and with six sons and two daughters, the Stongs prospered and established their place in the future. 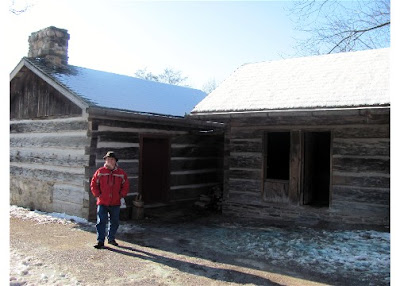 And here's the outhouse ... brrrr! 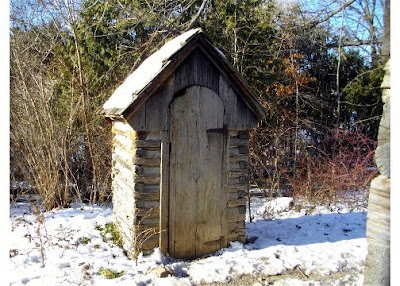 The house had three rooms ... a living room/kitchen and two bedrooms. Here are the bedrooms ... they were tiny. 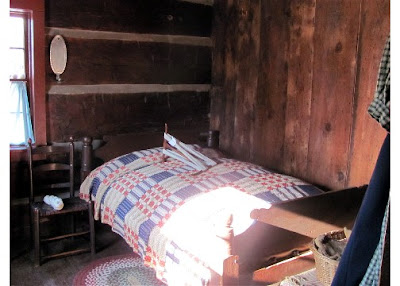 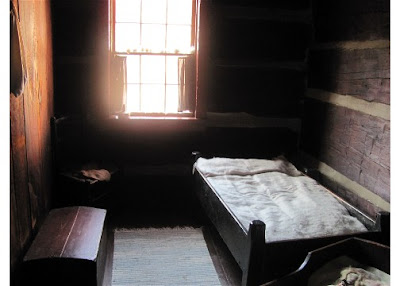 And here's the living room/kitchen. 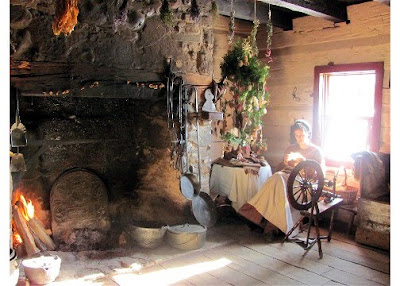 The Stongs brought with them the tradition of having a Christmas tree from Germany (Canada didn't embrace this tradition 'til later on in the 1880s). It's a lot different from ours today. 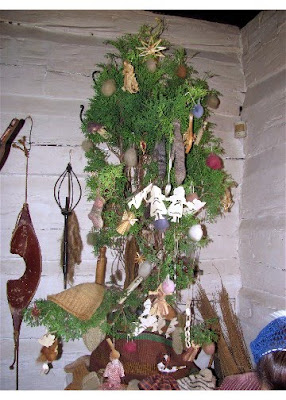 Gifts were stuck in the tree and decorations were made, using things from nature. 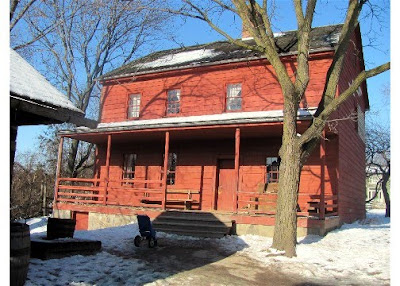 It has several bedrooms, a separate parlour and a large kitchen.

Along with a Christmas tree we are more used to seeing ... 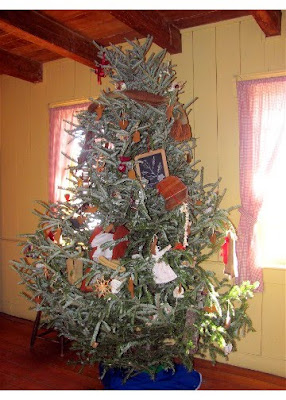 Here's the kitchen ready for Christmas ... 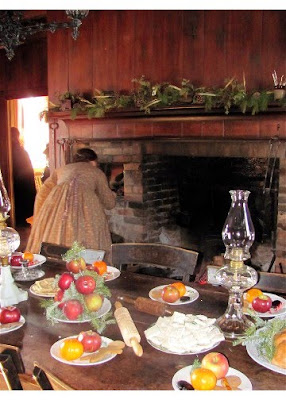 It was quite a contrast to see the mill against today's apartment buildings. 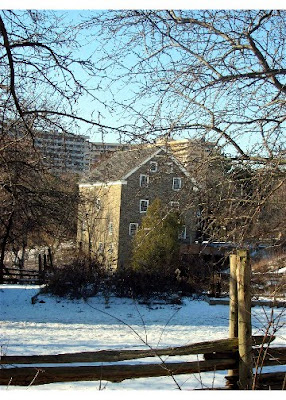 The rest of the village has been recreated using more than 40 actual buildings from that time.

The Half Way House Inn was built in 1849 in Scarborough and was a stop on the Toronto to Kingston run. Here's the Christmas ball in the foyer. 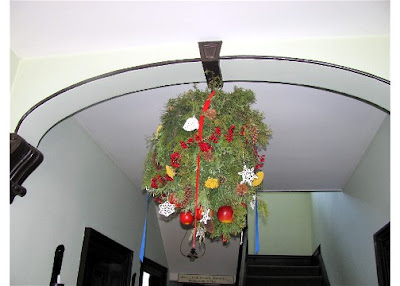 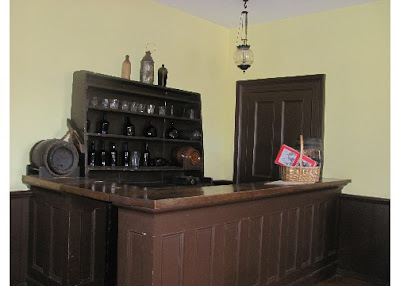 It was for men only. 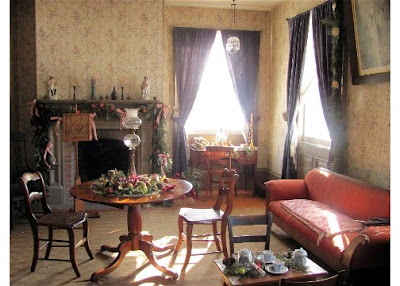 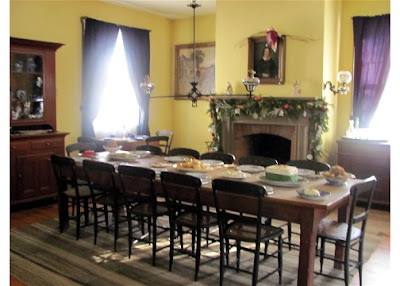 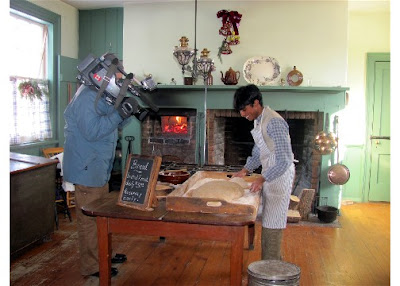 CTV was there filming. 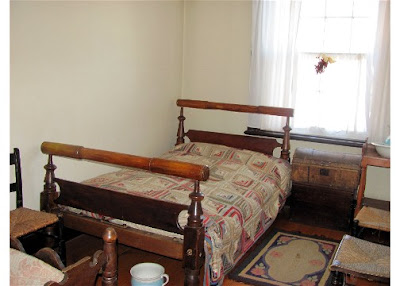 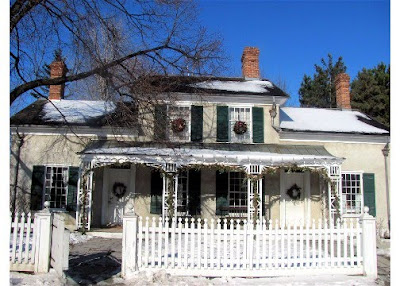 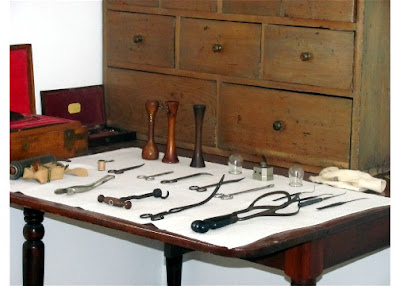 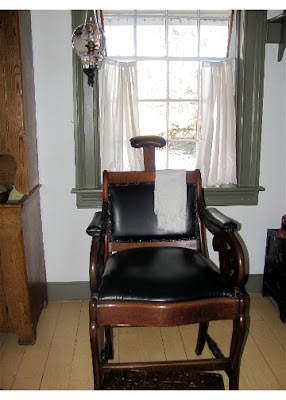 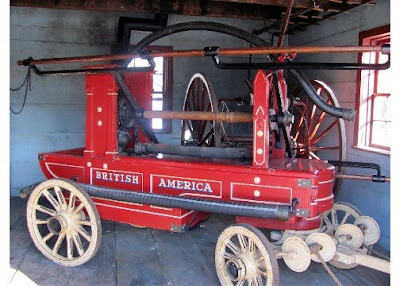 I've lived in Toronto for 20+ years and had never been. It's a great step back in history.
By Teena in Toronto at 12:30 pm
Email ThisBlogThis!Share to TwitterShare to FacebookShare to Pinterest
Label(s): Toronto

Looks fascinating, the Dr's instruments are particularly so! lol

Great pics! I have several ghost stories from BCPV :)

Awesome photos! And yes, I'm always surprised at how much smaller the rooms used to be. We've gotten spoiled with our huge houses!

Looks like you've been taking in a lot of history lately :p

I think it's cool they are still open this time of year and I'm envious of your trip!

that looks fascninating. i would love to go there. really into history