I heard about temperature blankets at the end of last year.  I've never made one before and it sounded like a fun long term project ... and I finished it this evening.

The warmest temperature (orange) was 35C in Toronto on July 2 and the coldest (blue) was -10C in Toronto (blue) on February 14.  In hindsight, I wish I had added another colour from 30C and higher ... who knew July would be the hottest in 86+ years and every day but one in July would be 30C and over?!  I thought about undoing the blanket to add a different colour from 30C onwards but that mean I'd have to undo about 40 rows to go back to the first 30C row.  Um ... no.

I cast on 200 stitches.  The first and last five stitches of each row are seed stitches (knit one, purl one, knit one, purl one, knit one).  In between, I'm doing stocking stitch (knitting the odd rows and purling the even rows).  I added two rows of seed stitch at the beginning of the blanket to stop it from curling (stocking stitch does that and I hadn't thought of that when I started).
December 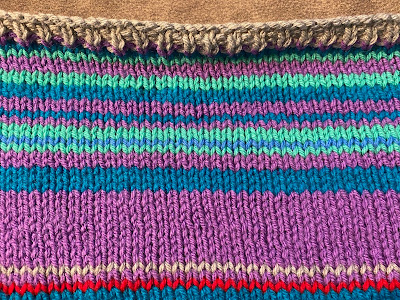 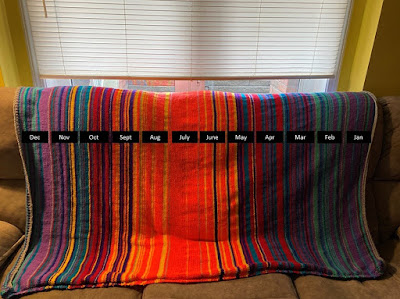 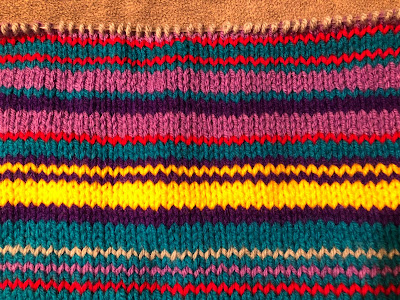 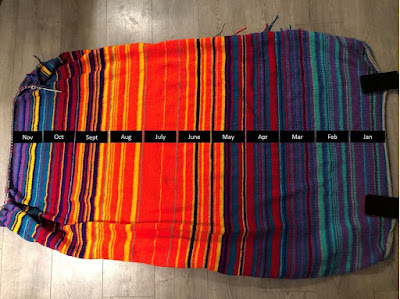 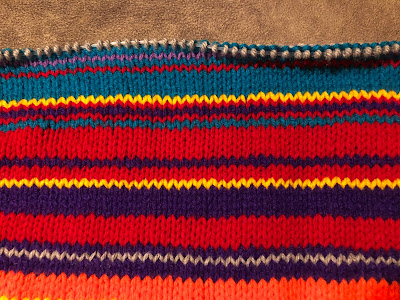 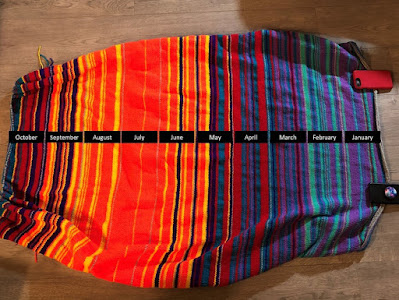 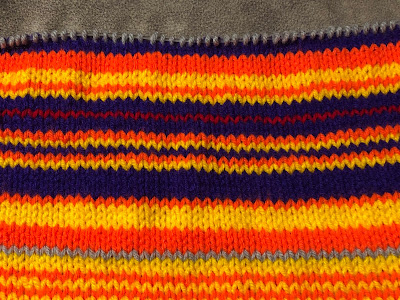 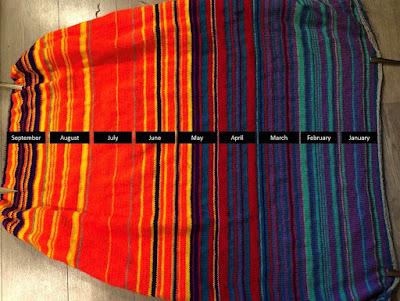