I went for a long walk (about 10km) this morning and headed south to the water.  I haven't been out much in the last couple of months and I miss my walks.

Lakeshore Blvd. W is down to two lanes (rather than the usual four).  The south two lanes are closed for pedestrians and cyclists.  When I got there around 10ish, it was fairly quiet.  On my way home a couple hours later, it was more crowded. 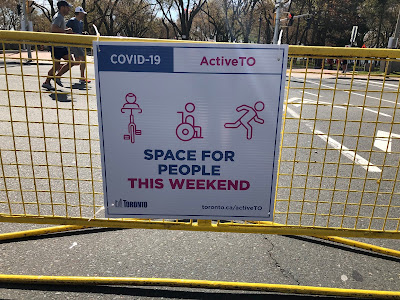 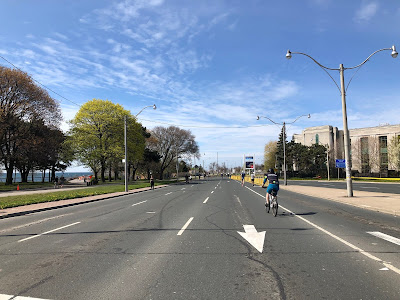 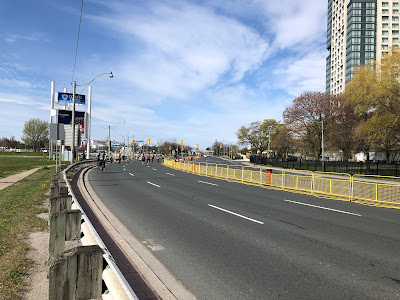 I started off at Coronation Park.  It was nice to get down by the water.  There still aren't any boats on the water, though that should be changing soon.   The only boat was a police boat. 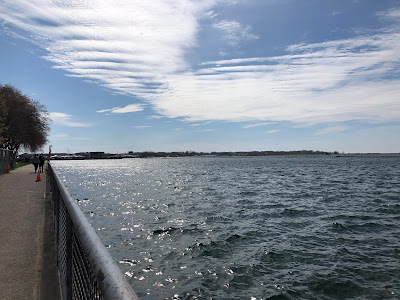 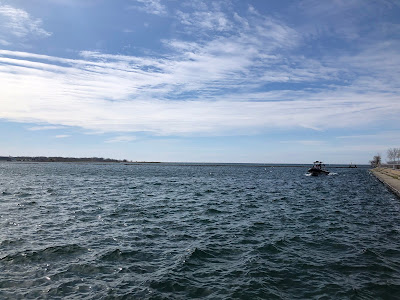 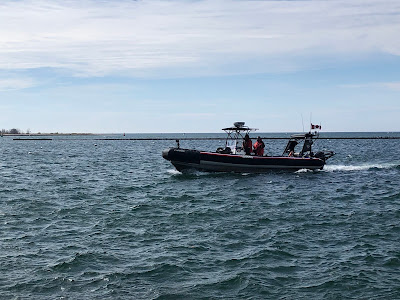 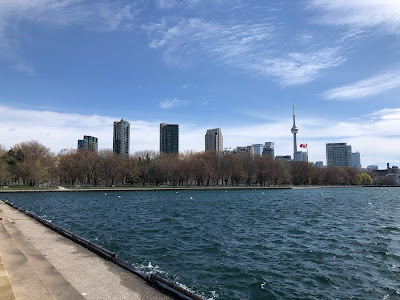 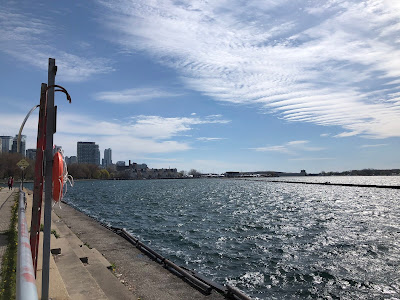 I kept going to Trillium Park and William G. Davis Trail ... I love this park and trail and it's been closed for a couple months because of Covid-19 (it just reopened on Friday). 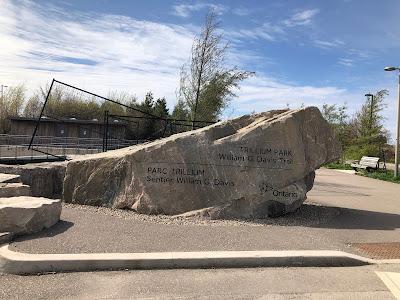 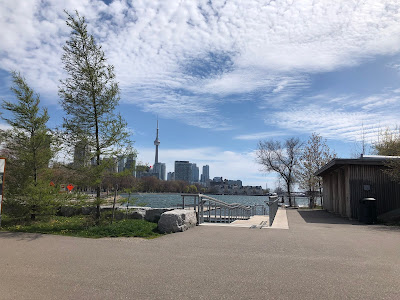 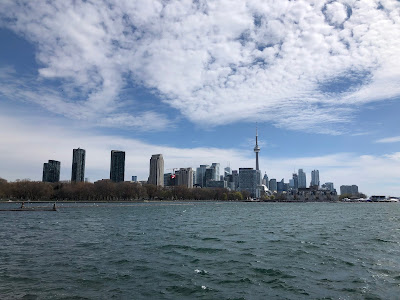 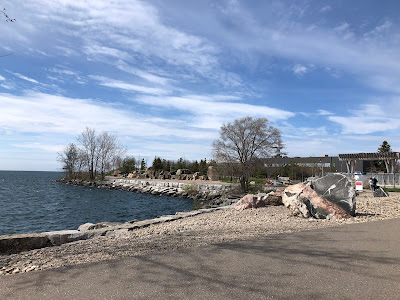 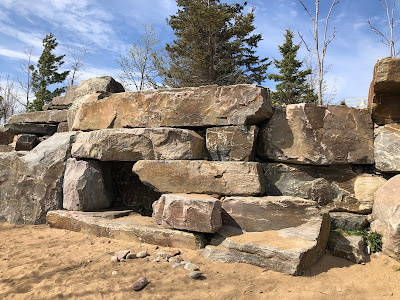 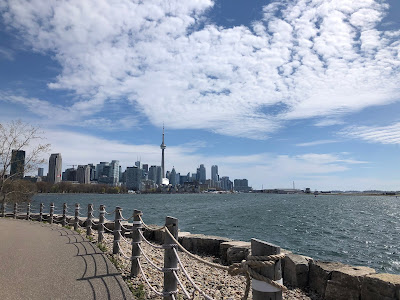 Ontario Place is open again so I walked in around there. 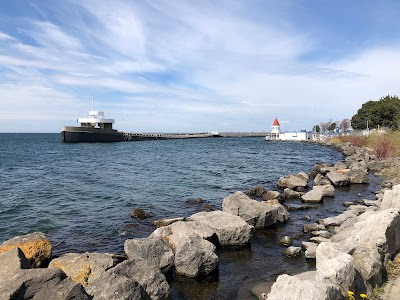 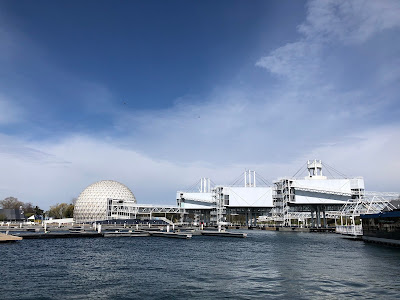 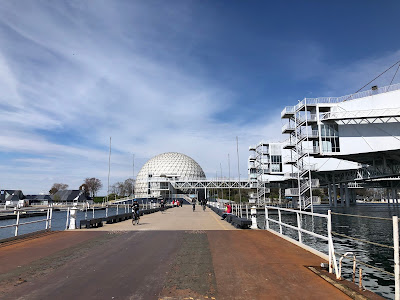 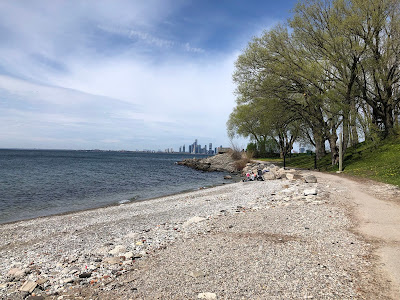 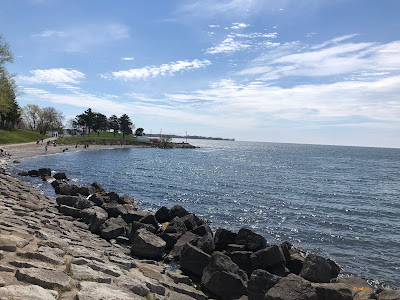 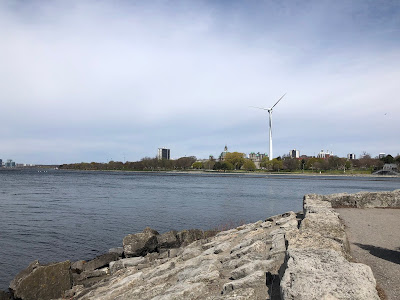 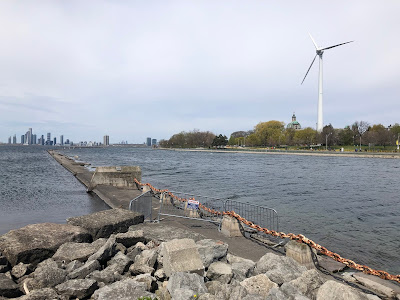 I headed back through Trillium Park and William G. Davis Trail.  It had clouded over and got a bit chillier. 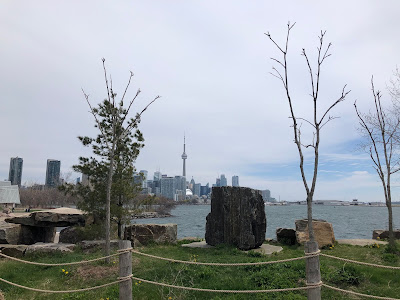 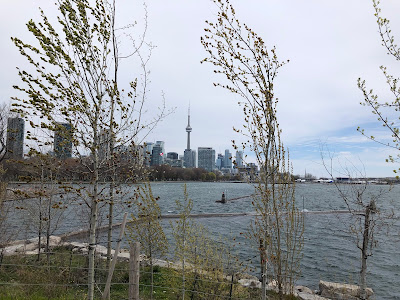 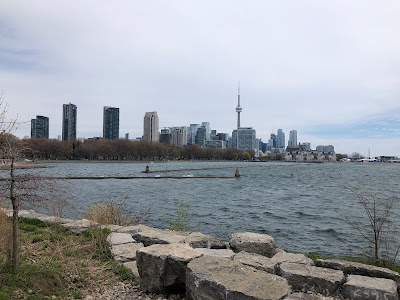 Heading for home up Strachan Avenue, I came across a police officer on a horse.  Hello! 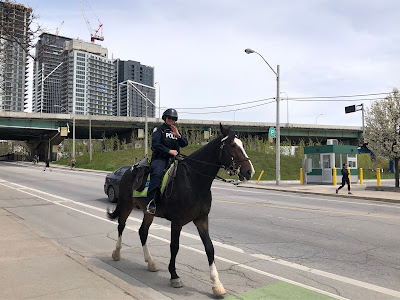 We're supposed to get a lot of rain over the next couple days so it was nice to get out this morning.
By Teena in Toronto at 1:45 pm
Email ThisBlogThis!Share to TwitterShare to FacebookShare to Pinterest