Today I received a box in mail. 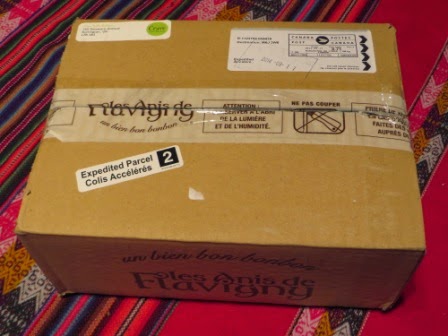 When I opened it, I was delighted to discover Anis de Flavigny candies inside to sample and share.  Whoohoo! 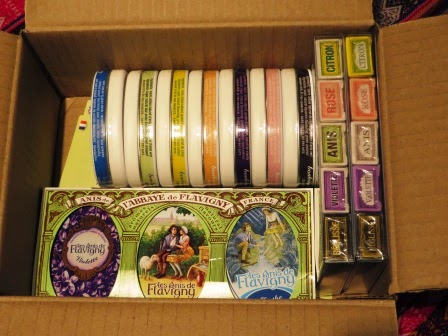 Anis de Flavigny sweets: little white pearls with an authentic, fresh and delicious flavour. First produced several hundred years ago, they weigh no more than a gram, are produced by hand, are always trendy and are enjoyed by young and old. In keeping with tradition, green aniseeds are gradually enrobed in delicately flavoured liquid sugar over the course of two weeks. This original recipe guarantees a sweet that is free from all artificial colorings, sweeteners, flavorings, preservatives and GM ingredients.

Anis de Flavigny come in seven subtle all-natural flavours, spiced or floral, to please as many of you as possible: anise, orange blossom, mint, liquorice, rose and violet. The Anis are home-made in the family owned factory of 30 people, which is in the old abbey of Flavigny-sur-Ozerain. Flavigny is a village of 300 people, listed as one of the hundred prettiest villages in France (also where the movie, Chocolat, was filmed). 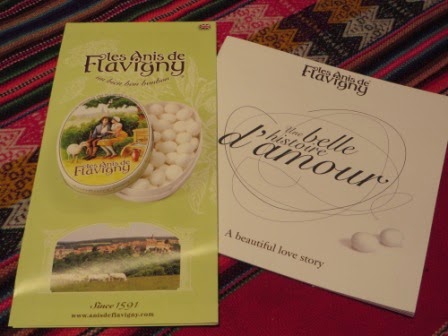 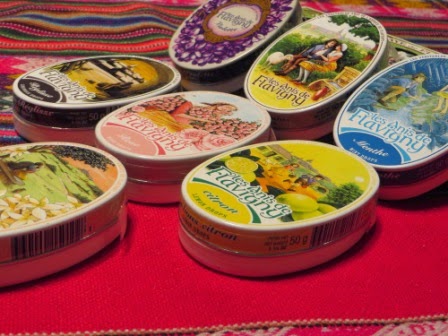 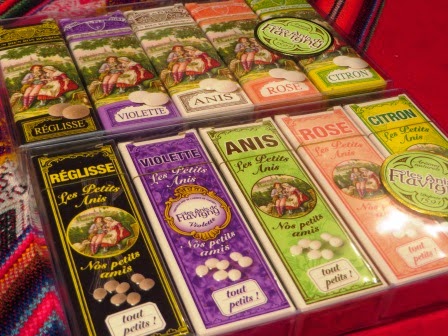 You should check them out ... they'd make great gifts!  You can find them here ...

By Teena in Toronto at 8:26 pm
Email ThisBlogThis!Share to TwitterShare to FacebookShare to Pinterest

Everything sounds so delicious!!

I love these, and until we downsized, I kept all the tins.