After we left Shizen Spa, we walked to the Harbourfront and went for a sail on the Kajama.

Launched as the Wilfried in Rendsburg, Germany in 1930, the Kajama traded under sail for nearly 70 years. She was a familiar ship in ports from Northwest Spain, through western Europe, and as far north as Norway and Russia. In 1999, Kajama was delivered transatlantic by Great Lakes Schooner Company and restored to her original profile. 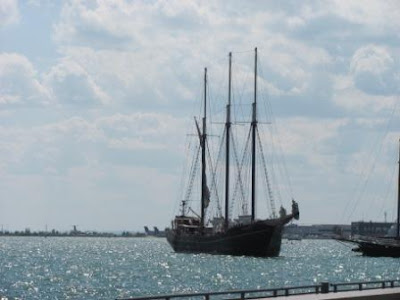 It was a 1.5 hour sail and we headed west towards Sunnyside. 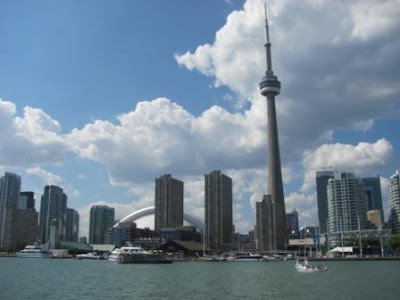 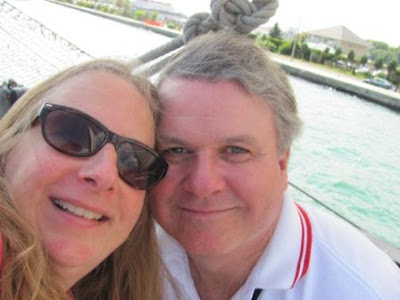 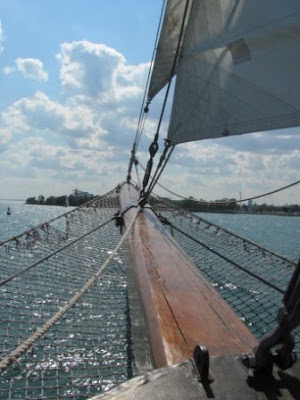 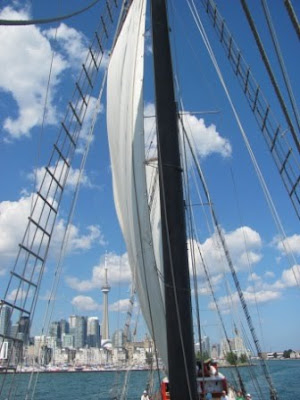 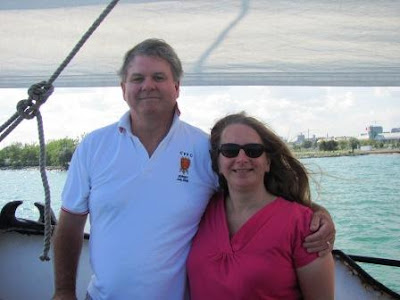 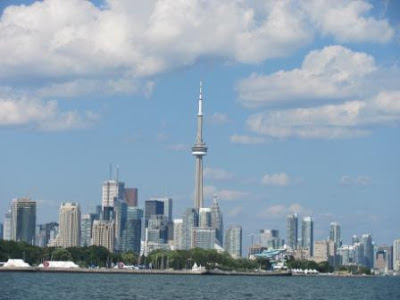 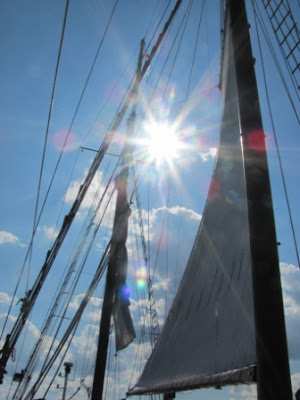 It was an awesome day to be on the water ... sunny and breezy.

And with it being a Monday, there were only about 20 people on the boat.
By Teena in Toronto at 5:37 pm
Email ThisBlogThis!Share to TwitterShare to FacebookShare to Pinterest
Label(s): Toronto

I think this was the ship we saw sailing around the lake while we were on the "Rock the Yacht", very nice way to spend a sunny summer afternoon.