Gord and I went to the Downtown Kitchener Ribfest & Craft Beer Show today.

It's held in Victoria Park ... here's Gord just outside the park. 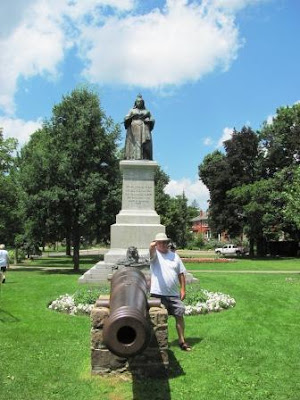 Here's Gord at the gate. 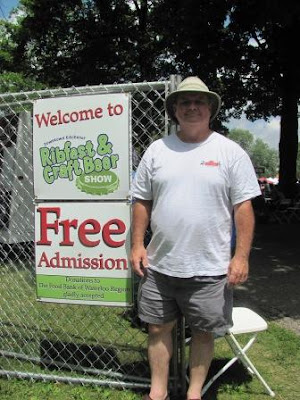 Admission is free and you pay for what you want. You buy a glass for $6 (which you take home) and then 5 ounce beer samples are $1 each.

There were seven ribbers and thirteen craft breweries. 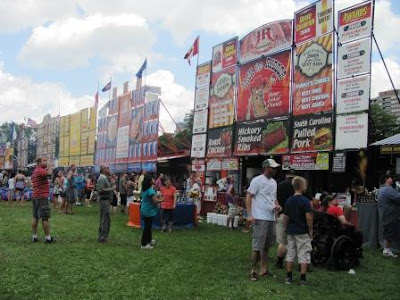 It was lunchtime when we arrived so let's eat! 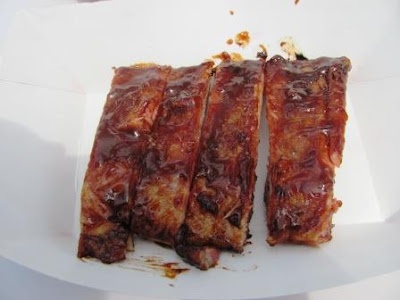 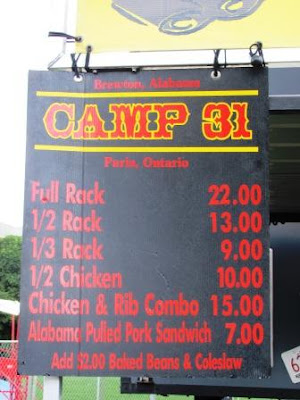 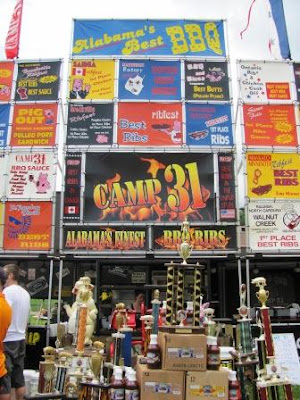 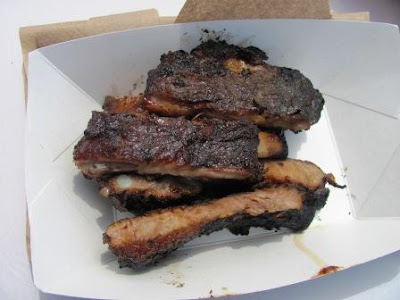 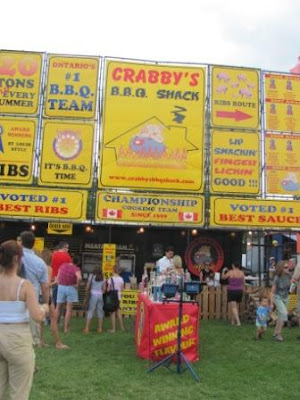 Then we had some beer. Do you think Gord is happy to be there?! 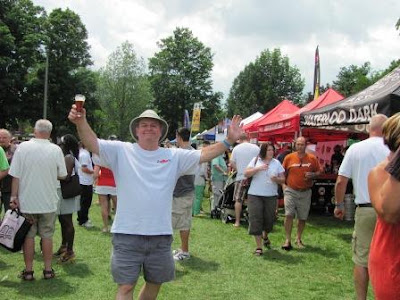 A little later we got pulled pork sandwiches. We got this one ... 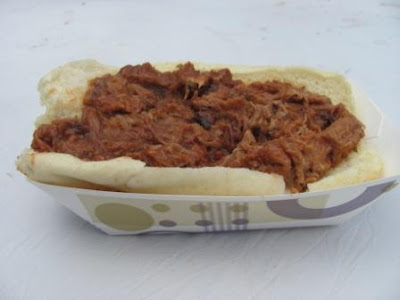 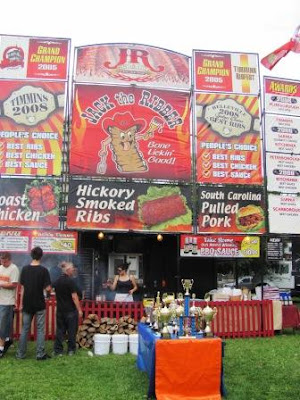 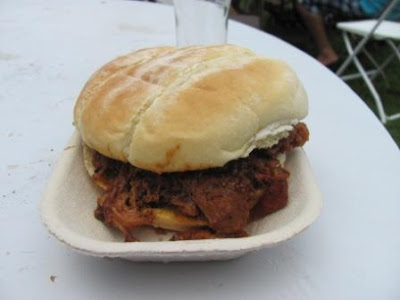 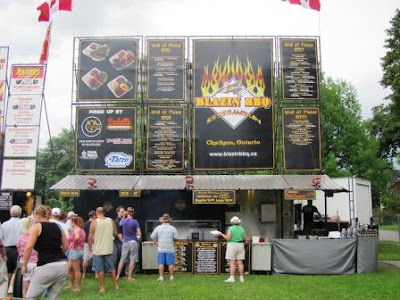 We shared them and they were tasty. I liked Jack the Ribber's better because it was sweeter. Gord liked Blazin' BBQ because it was smokier. The pulled pork sandwiches are a great deal ... $7 for a sandwich compared to $9 for four ribs.

Fiddlestix entertained for the afternoon. 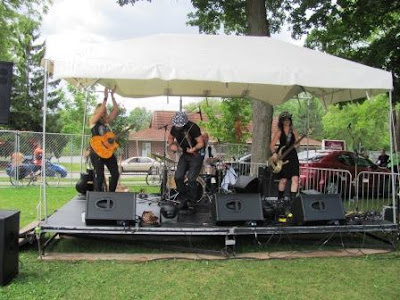 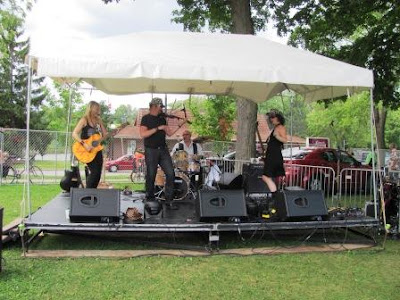 They played Celtic rock and were really good!

I bet no one was concerned that the rink was closed and they couldn't play hockey! 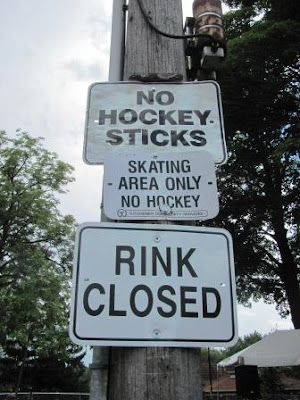 Gord love love loves hats ... I'm not much of a hat person. There was a booth selling hats for $10. I found two that I liked and bought 'em. 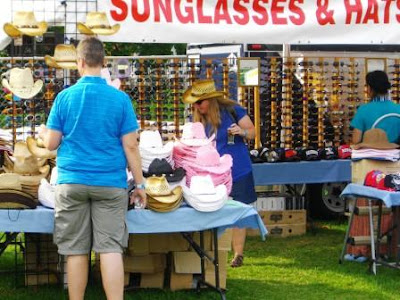 And don't I look happy to be there!? 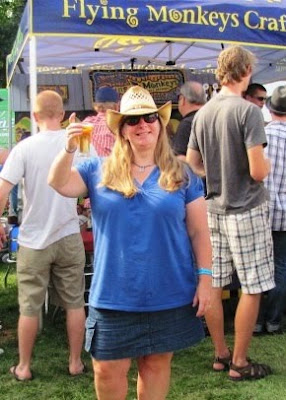 This girl sat in front of us for a while. If you are going to show your bra, at least wear one that's not ripped with the tag sticking out! 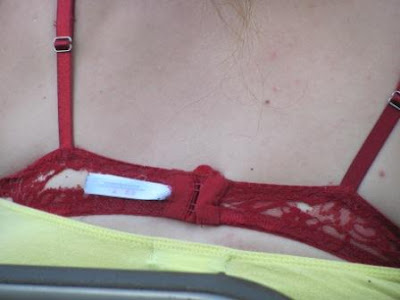 When we got there about 1:30, there was a big crowd and line-ups. When we left about 7:00, the line-ups were huge and there was a fun vibe. 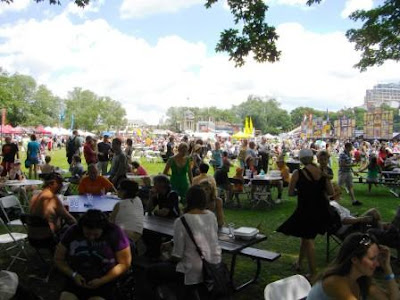 This was the first time we'd been to this fest. It was a lot of fun and it's definitely on our calendar for next year.
By Teena in Toronto at 7:00 pm
Email ThisBlogThis!Share to TwitterShare to FacebookShare to Pinterest
Label(s): Beer festivals

Your food looks good and love the hat!