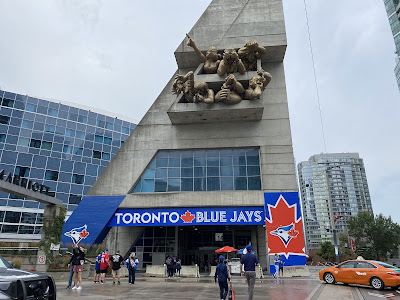 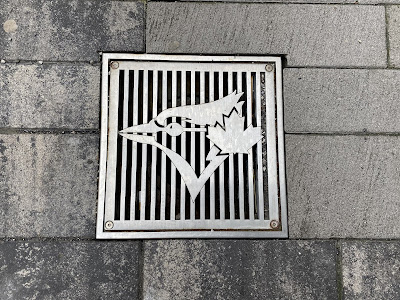 We got there about an hour before the game started ... we wanted to be there in plenty of time because of safety protocols, etc.  As it turned out, there was no line-up and we were in in minutes. 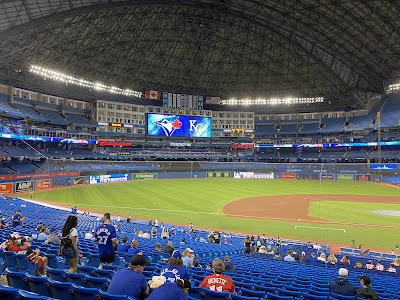 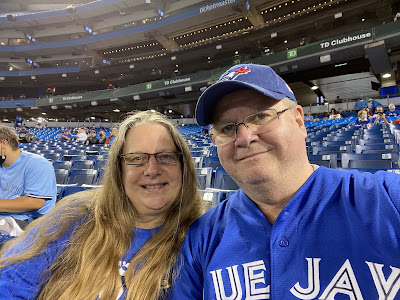 The roof was closed but opened just before the game started and the threat of rain passed.  Yay! 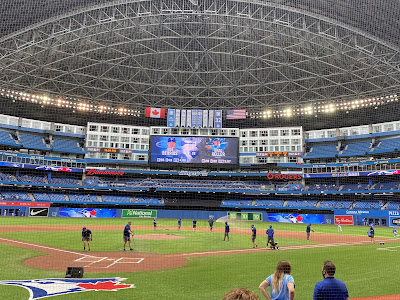 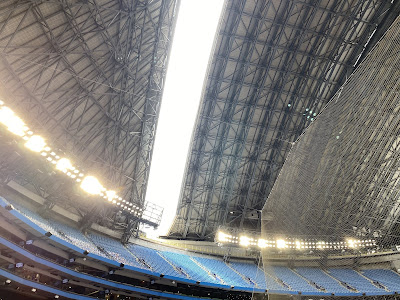 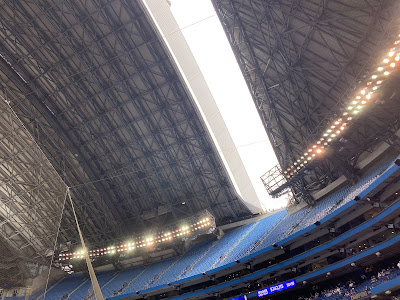 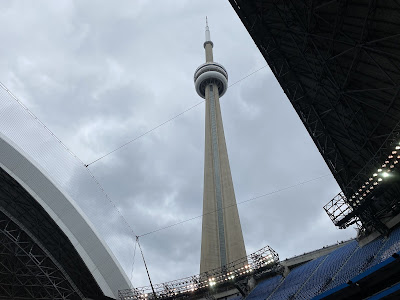 Ace, the Jays' mascot, was out and about ... even he was wearing a mask. 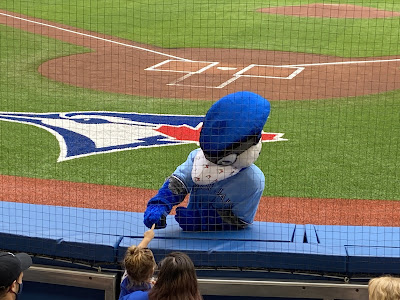 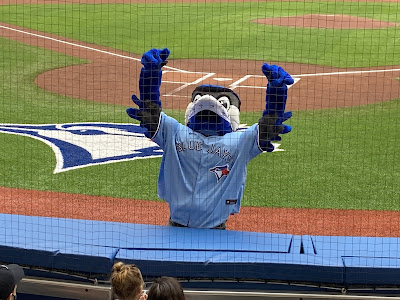 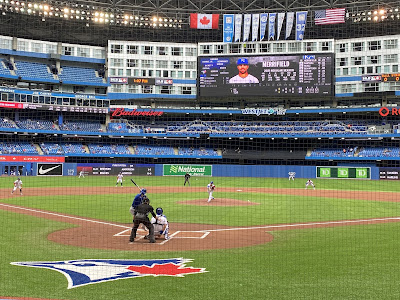 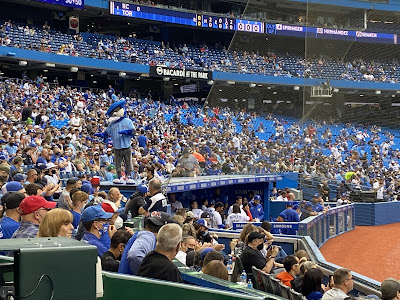 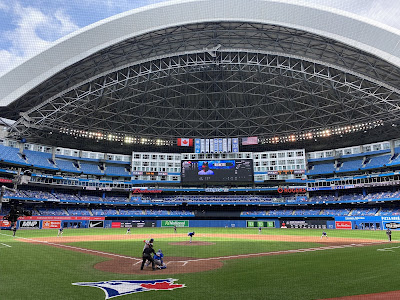 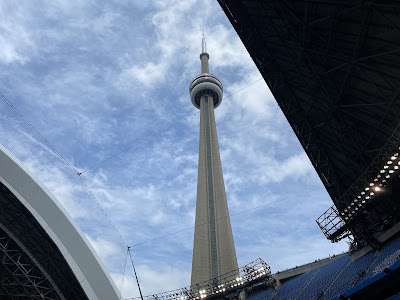 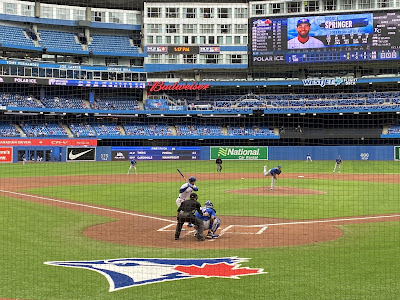 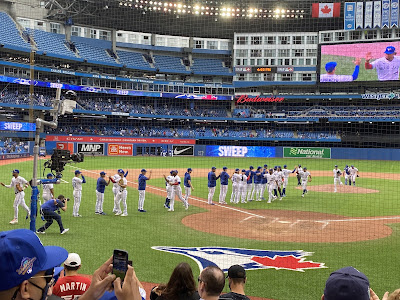 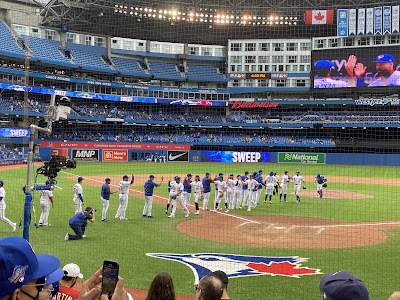 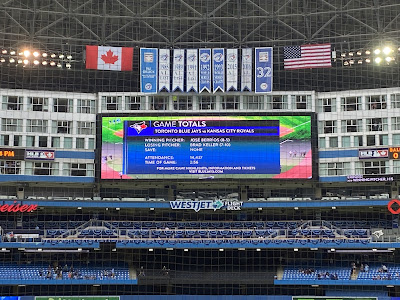 Here's Gord next to Teoscar Hernandez ... Gord has his in my fantasy baseball league. 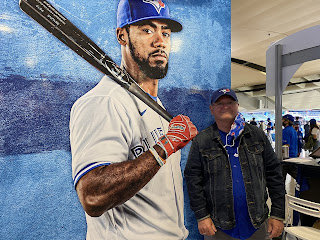 It was good to be back at a ballgame.  It had been about two years since I'd last seen the Jays play and being at a game brought a sense of "normalcy".  The vibe in the Rogers Centre was fun but safe.
By Teena in Toronto at 4:30 pm
Email ThisBlogThis!Share to TwitterShare to FacebookShare to Pinterest
Label(s): Toronto Blue Jays