I was invited to the prelaunch of Toronto's newest drinkery, D.W. Alexander (Church/Front), this evening ... the official open is next Thursday.

With 20 years in the hospitality business, Jamil Kamal, Owner, D.W. Alexander pays homage to the venue's history, naming it after its original tenant, D.W. Alexander, the largest sole-leather trader in Western Canada who launched his leather business back in 1872.

The perfect destination for after work drinks, offering only premium alcohol, custom cocktails and specializing in rye-based drinks, the selection was created by mixologist Aaron Beaudouin, who has previously consulted for Toronto hot spots such as Rock Lobster, Goods & Provisions, e11even Restaurant and L'Unita. D.W. Alexander will also offer a fresh update on the typical bar snack menu using all local Canadian-made ingredients, created by Sean Simons, Executive Chef, Goods & Provisions, who has also worked for well-known dining destinations including The Comrade, Morton's The Steakhouse and Meating.

The D.W. Alexander space received a stylish, old-meets-new update by Allen Chan, Co-Founder, Design Agency with construction by Box General Contracting to incorporate the heritage of its location in the basement space of a rare 19th century warehouse, while incorporating modern design elements. D.W. Alexander features a vibrant chartreuse tile wall in the main entrance by Ciot, with Douglas fir reclaimed wood from Winfields Farm, birthplace of the famous racing champion Northern Dancer, featured in the restrooms. Other key design elements include benches with a Paul Smith printed tartan fabric by Manharam Fabric, intimate custom-lighting by Milke Bau Lighting Design and a library complete with walnut bookshelves filled with an eccentric mix of ancient books and curio inspired by the city, its history and the building. To further celebrate Canadian style, door staff will keep warm with Nobis jackets. 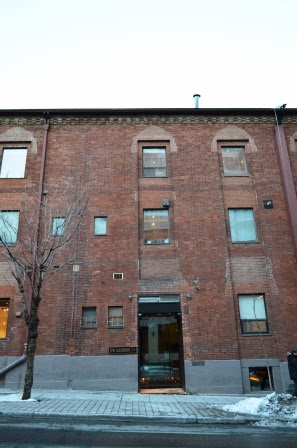 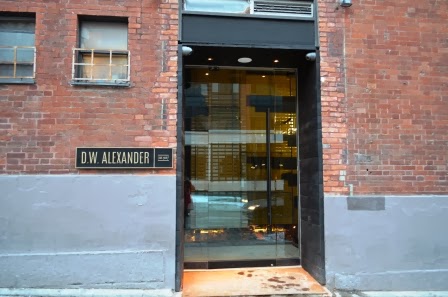 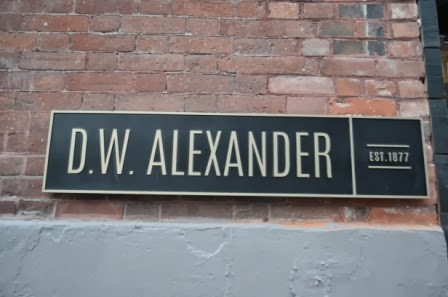 They were serving their three signature drinks tonight ... the Avro Arrow, the Sloe Gin and an Old-Fashioned.  I tried them all and liked the Sloe Gin the best. 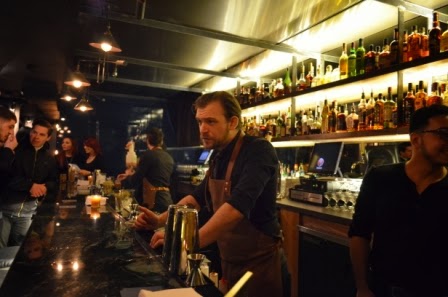 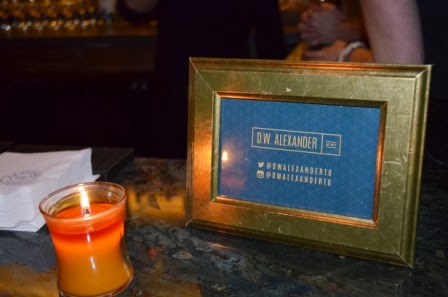 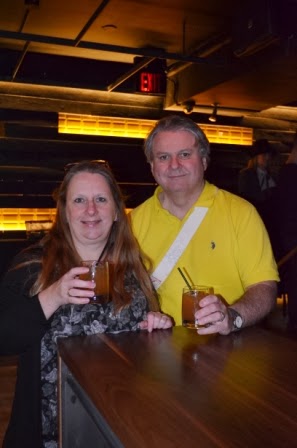 It was a nice surprise to run into Kenzie, a former colleague.  I still work for the company and she left last year.  It was great to catch up.


There was a locked room with liquor ... I wanted the key :) 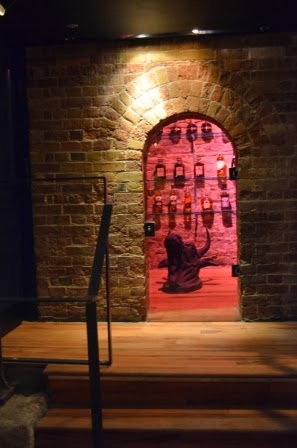 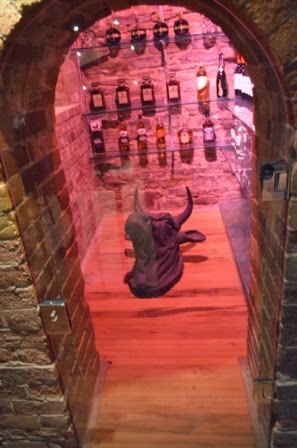 Some appies were served ...


There was quite the crowd and they seemed to be enjoying themselves. 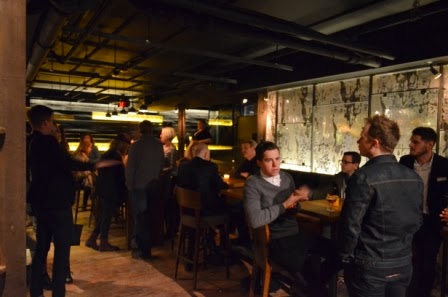 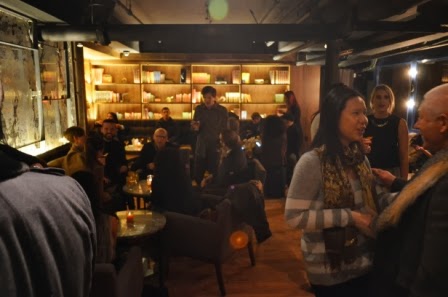 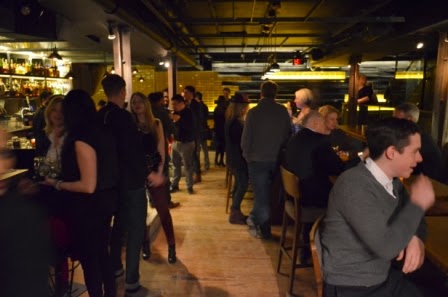 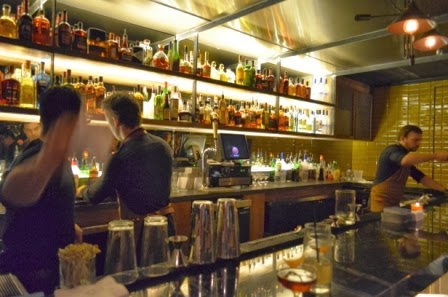 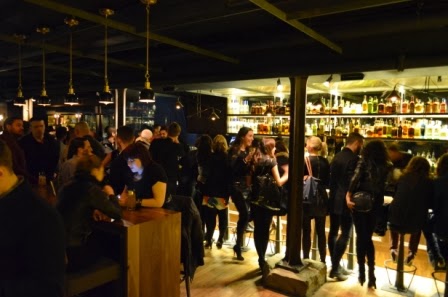 This would be a cool spot to stop in for a drink (or two) in a historic building.  The servers were very friendly.  My only issue is that the washrooms aren't marked and the women's washroom was really dark.  Plus I would better signage to the entrance ... it just says their name but it doesn't indicate that it is a "drinkery".

By Teena in Toronto at 8:00 pm
Email ThisBlogThis!Share to TwitterShare to FacebookShare to Pinterest
Label(s): D.W. Alexander Toronto ON

I love when I get to meet up with fellow bloggers!! And I love that picture of you and Gord.