From Goodreads ~ 1972. The Chicago Mob stands unchallenged and college students with drugs provide fodder for political point-making. Michael Pollitz, a nineteen-year-old with connections to the Outfit, becomes one of those political pawns.

1994. Job-weary CPD Detective Larry Klinger becomes obsessed with a cold case from that pivotal moment twenty-two years ago. In the course of his investigation, he encounters questions of ethics, guilt, and justice that make him doubt certainties that have sustained him for decades.

Dialogues of a Crime examines guilt, innocence and the long-term ramifications of crime and punishment in a gray area where the personal lives of perpetrators, victims and law officers overlap.

In 1972, Michael Pollitz was a college student.  The police stormed his room and he was arrested, along with others, and he had no idea why.  His best friend, John's father, Dom, who was part of the Mafia wanted to help by providing Michael a lawyer but Michael's father wouldn't allow it.  Instead, he was represented by an incompetent public offender and there were serious ramifications.

In 1994, the police were trying to take down Dom.  A seasoned officer, Larry Klinger, got some information from a criminal source about Dom which led them to Michael, now an advertising executive.  As Larry investigated, he got to know and like Michael and was torn between using him to get to Dom or protecting him.

This is the first book I've read by this author and I enjoyed it.  I liked the writing style and thought it moved along at a good pace.  I wanted to keep reading to find out what was going to happen.  It's written in third person perspective.  As a head's up, the language is for a mature reader.

I liked the characters.  Klinger is an experienced cop and is tenacious in digging into the 22-year-old history to get something on Dom.  We see a human side of him with his interactions with his girlfriend, Dora, and Michael.  When we meet Michael, he is a naïve young college student.  When we meet him in 1994, despite being friends with members of the Mafia but not involved with them, he is extremely loyal to John and Dom.  I liked the interactions between Klinger and Michael as they became friends.  I did find it was hard to keep the members of the Mafia straight because they were referred to by their first names, last names and nicknames ... it would have been nice to have them have just one name.

I would recommend this book. 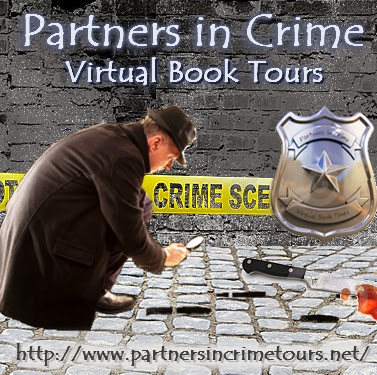 I participated in this virtual book tour and received a copy of this ebook at no charge in exchange for my honest review.
By Teena in Toronto at 12:01 am
Email ThisBlogThis!Share to TwitterShare to FacebookShare to Pinterest
Label(s): Books, Books - 2014, John K. Manos, Published 2013

My husband would LOVE this one.

Thanks for sharing your thoughts on this crime thriller with us. Sounds like an exciting read.

Hi Teena. Thank you for visiting my blog. John's book is gripping, isn't it? I got to know him because he was the editor for my historical novel The Ambitious Madame Bonaparte. We have the same publisher.
Ruth Hull Chatlien
P.S. I love the picture of your kitties.

Oops, sorry, I signed in with my old blog rather than my current one. :-)

Hi Teena. Thank you for visiting my blog. John's book is gripping, isn't
it? I got to know him because he was the editor for my historical novel The
Ambitious Madame Bonaparte. We have the same publisher.
Ruth Hull Chatlien
PS I love the picture of your kitties.