We have a neighbour upstairs who is Polish, retired and in her early 60s.  She had been here for a couple years when I moved in in June 2001.

Last year she bought a laptop.  She'd never used a computer before so the fella at the store gave her a quick lesson and sent her on her way.  She still doesn't get it so when she wants to check to see if she has gotten any emails, she'll come get me to do it.  She has me respond to emails ... they are always in Polish (she writes out what she wants me to type) and usually to a priest back home in Poland.  She sends me home with a bottle wine for my time (I always tell her she doesn't have to give me anything but she won't take no for an answer).

I've had a cough that's been hanging on for about a month that I can't shake.  When I was helping her last night, she asked about it and suggested that I get some fresh ginger.  All I would need is about a half an inch each time.  I should cut it into slivers or grate it and let it soak in hot water for about ten minutes and then drink the water.  She said to do it a couple times a day and it would clear up the congestion (my former neighbour, Monica, used to make me ginger tea when I was sick).  I told her I'd get some today.  In the meantime, she sent me home with five ginger tea bags (I took a couple to work today). 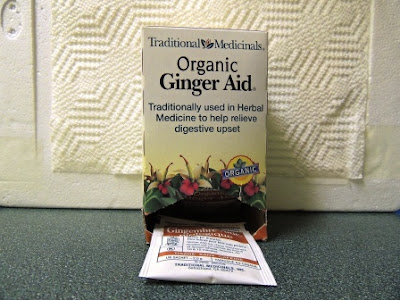 When I got home from work today, there was a grocery bag hanging on our doorknob from our neighbour.  In it was another box of ginger tea and a humungous amount of ginger (good thing I hadn't stopped for some!). 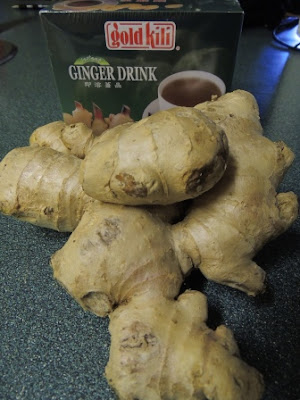 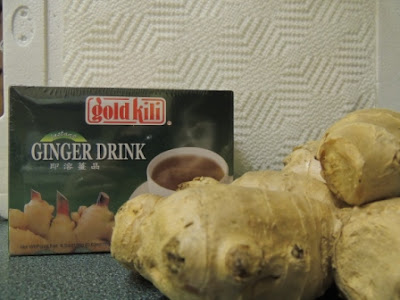 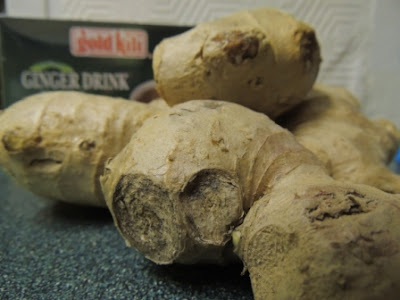 It was really nice of her but it's a lot of ginger and I don't know what to do with it all!  I Googled and apparently you can freeze it.  I'll have to find some recipes for it.
By Teena in Toronto at 5:30 pm
Email ThisBlogThis!Share to TwitterShare to FacebookShare to Pinterest