Gord and I went to the Toronto Blue Jays game this afternoon ... we always try to get tickets for the Canada Day games.  This is the first time there has been a Canada Day game since 2019 (and we were at that one).  This weekend they were playing the Tampa Bay Rays. 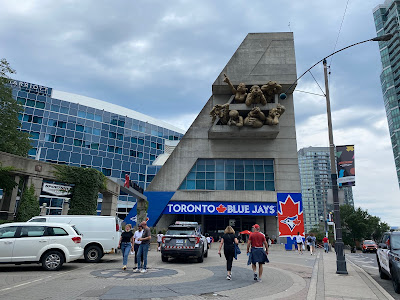 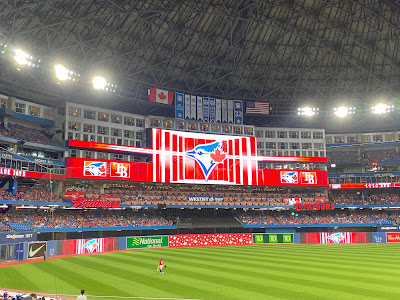 In the opening ceremonies, they honoured former Blue Jay Russell Martin on his retirement. 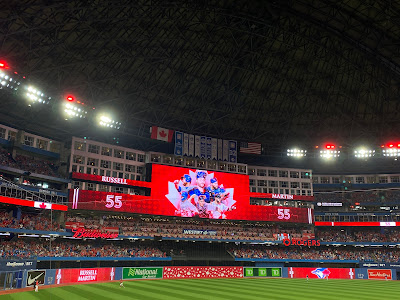 Members of the Canadian Armed Forces unrolled the Canadian flag, which is always nice to see, and sang the national anthems. 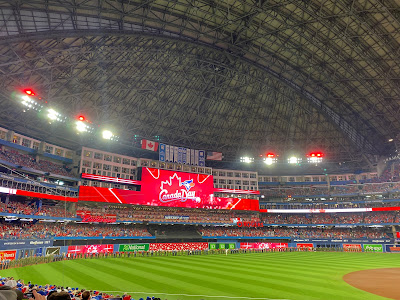 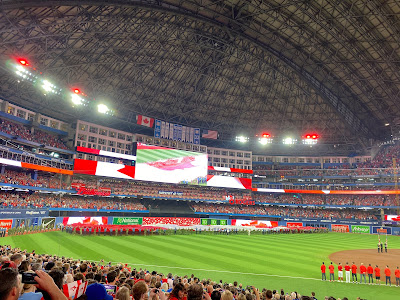 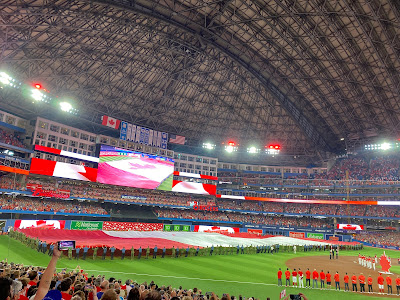 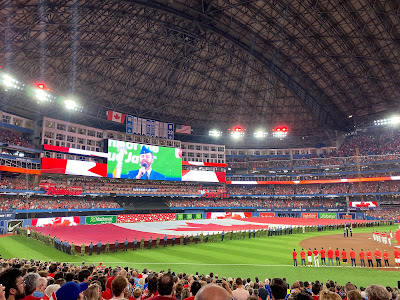 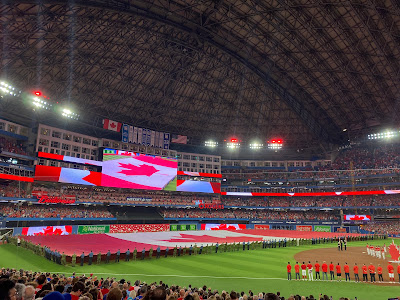 Once the game began, the roof slowly started to open.  Whoohoo! 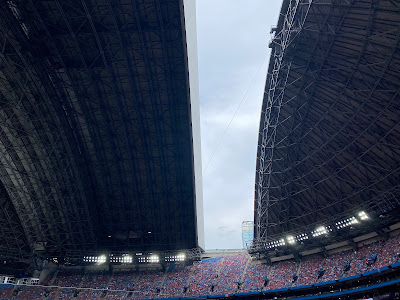 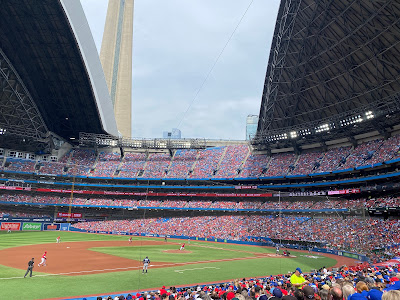 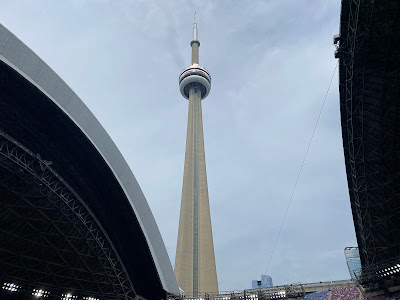 The Rogers Centre was a sea of red and blue! 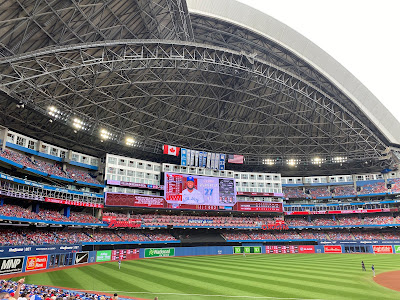 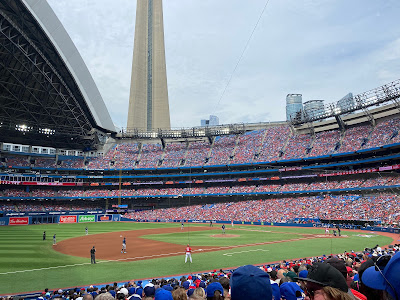 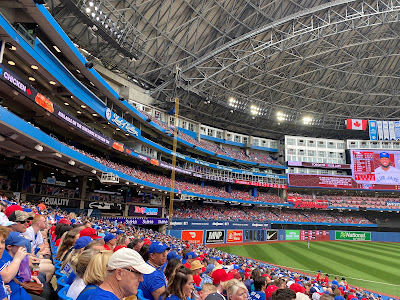 It was a good game and it's always a fun way to spend Canada Day!
By Teena in Toronto at 7:00 pm
Email ThisBlogThis!Share to TwitterShare to FacebookShare to Pinterest