The annual Terry Fox Run was today and this is my fourth year as a volunteer/organizer of the Liberty Village Terry Fox Run (it's the sixth year for the Liberty Village Terry Fox Run).  Because the Terry Fox Runs were virtual again this year, most of it was happening on social media, which is what I took care of.  Plus my friend and neighbour, Dawn, and I put 300+ posters up around the neighbourhood.
Terry Fox (1958 – 1981) was a Canadian athlete, humanitarian and cancer research activist.  In 1980, he began the Marathon of Hope, a cross-country run to raise money for cancer research.  He hoped to raise one dollar from each of Canada's 24 million people.  He began in St. John's, Newfoundland, in April and ran the equivalent of a full marathon every day. After 143 days and 5,373km/3,339 miles, he was forced to end his run outside Thunder Bay, ON, when the cancer spread to his lungs. His hopes of overcoming the disease and completing his marathon ended when he died nine months later.

The annual Terry Fox Run, first held in 1981, has grown to involve millions of participants in over 60 countries and is now the world's largest one-day fundraiser for cancer research.  Almost $800 million has been raised in his name.
Because it was virtual this year, there was no gathering in Liberty Village Park as in past years.  Gord and I walked to Liberty Village Park where the run usually starts and ends.  Red shirts signify "Terry's Team" ... people who have or have had cancer (both Gord and I have had). 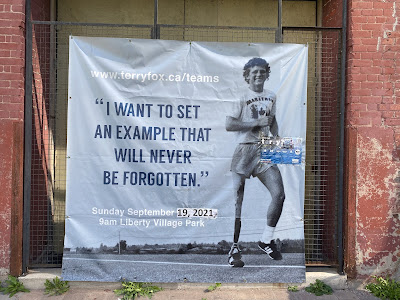 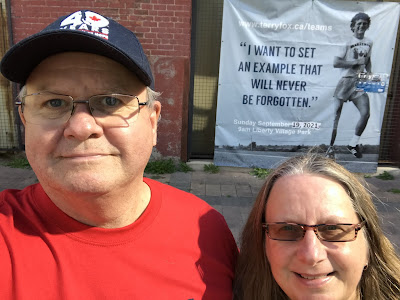 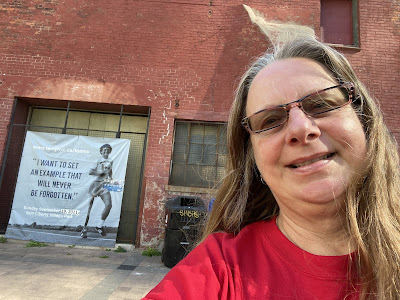 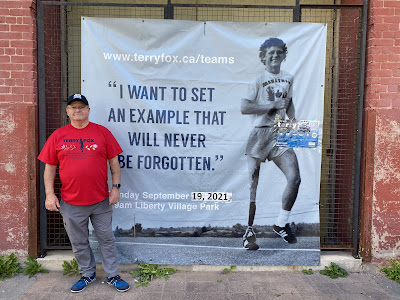 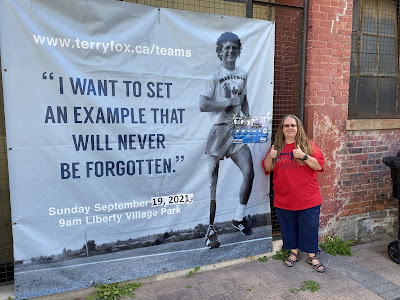 When we left Liberty Village Park, Gord and I headed south to Coronation Park. 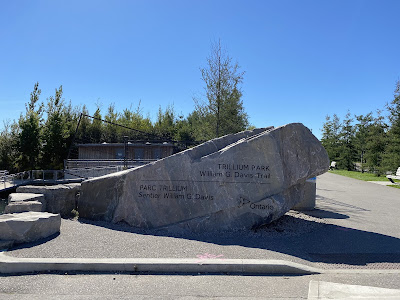 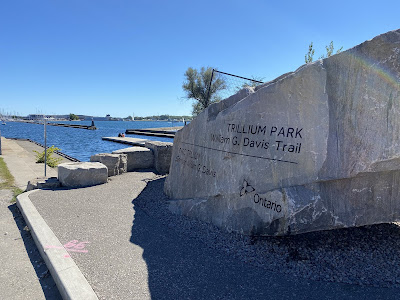 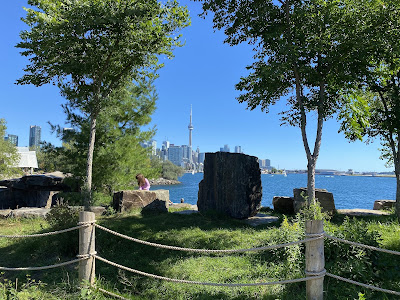 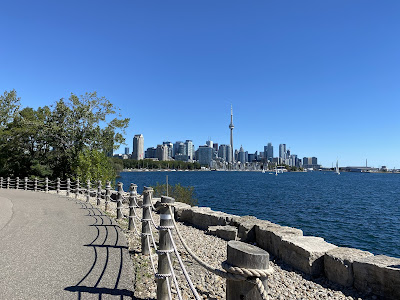 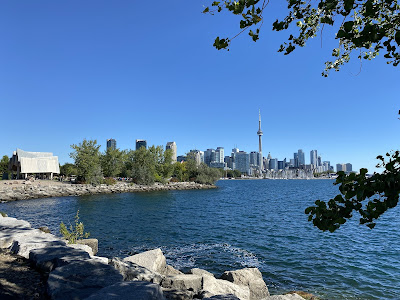 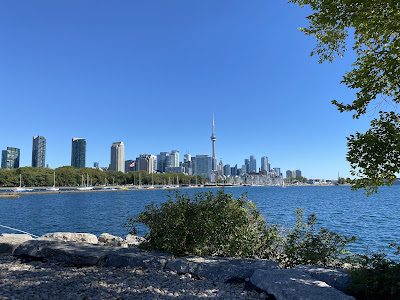 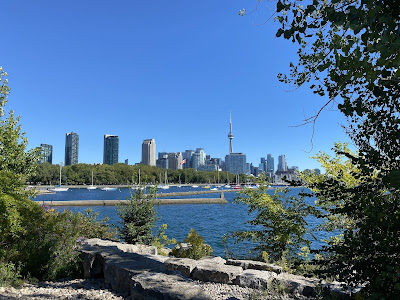 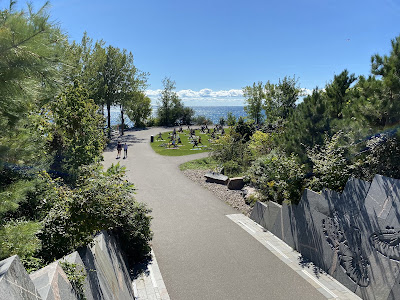 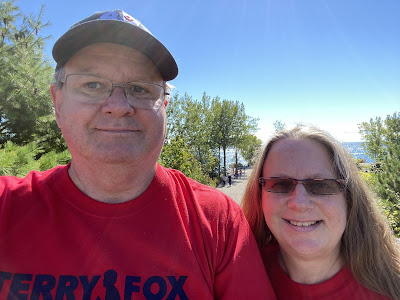 Then we passed by Coronation Park. 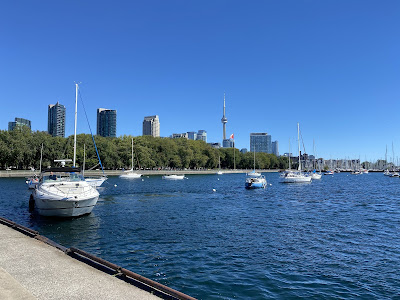 We ended our walk before heading home by crossing Garrison Crossing, which was just after our 5km mark. 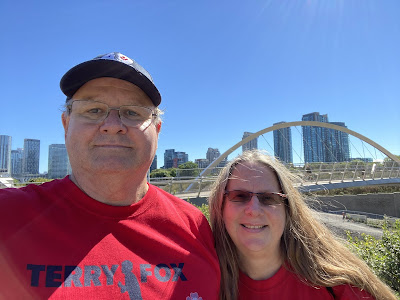 Such a nice day and such a worthy cause!
By Teena in Toronto at 1:30 pm
Email ThisBlogThis!Share to TwitterShare to FacebookShare to Pinterest

Beautiful day for the walk.